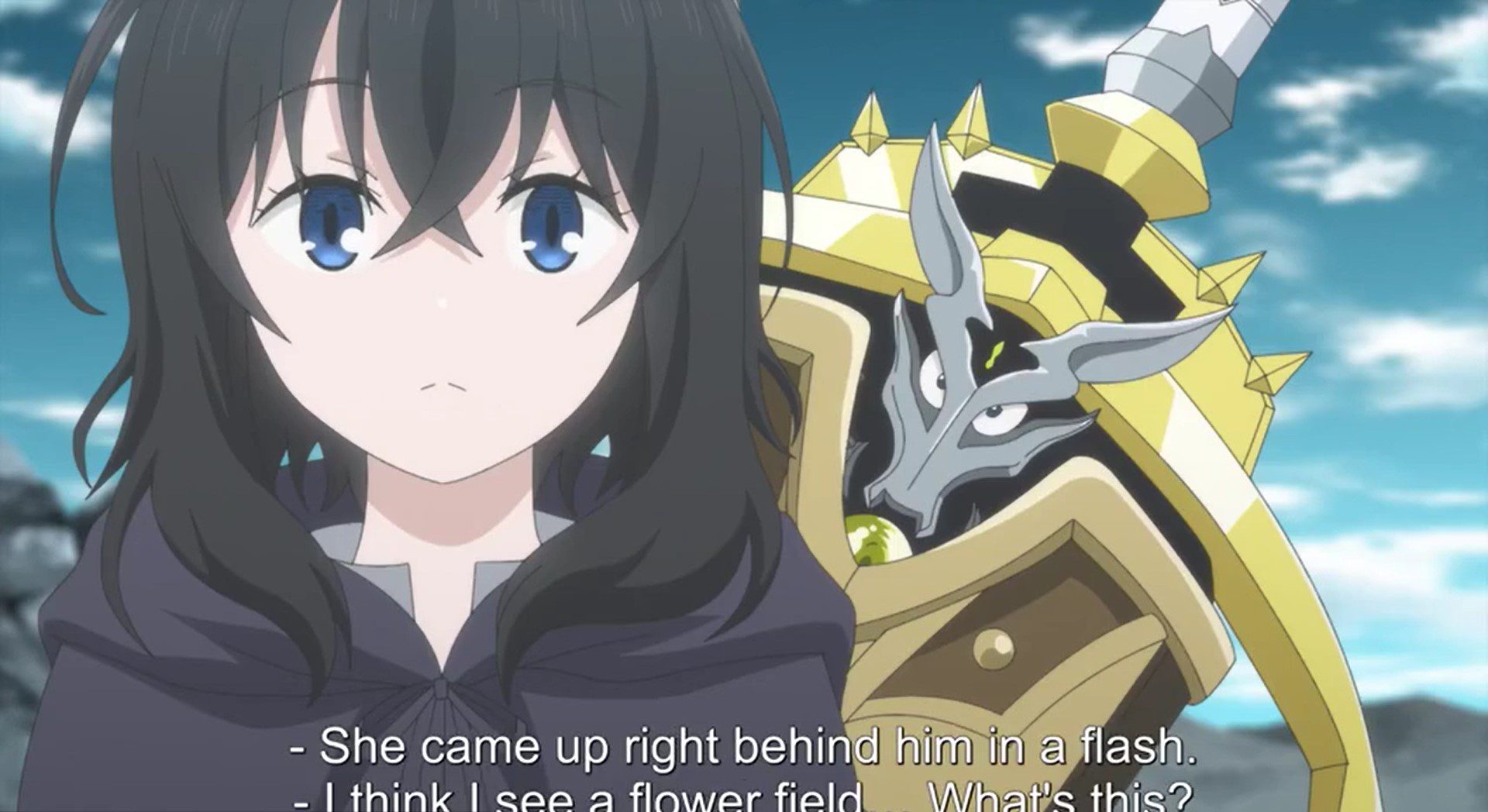 Reincarnated as a Sword Episode 10 is set to release upcoming week. The first volume of the Japanese light novel was published by Micro Magazine in July 2016 as a light novel and was written by Yuu Tanaka and illustrated by Llo.

We see in episode 9 that in addition to the promotion exam for two E-rank teams, Dragons Roar and Forest Eyes, Fran discovers defeating the spiders is also a promotion exam overseen by Cruise, Rig, and Eizelle.

A duel is offered by Kramt, leader of Dragons Roar, in which Fran uses the flat of Teacher’s blade to beat him up, accusing her of manipulating Klimt into promoting her unfairly. Intriguing, Amanda asks Fran to duel with her, wagering Fran will call her Mama if she loses.

Fran is defeated in a short, difficult fight, but not before landing one hit on Amanda. Fran is the first person to come close to hurting Amanda in years, and the teacher is pleased with his progress. Amanda is unharmed because of one of her defensive skills.

During Fran’s dream, she is in love with her mother. Upon waking, she can feel Amanda’s love for Fran’s mother, but she doesn’t want to call her Mama because she knows it’s a special relationship.

With Falsehood, the Teacher can detect Amanda’s every promise of motherly affection as sincere and she has earned her title as Guardian of Children. Krad has the realization that Fran is a very strong woman. The next morning, everyone is prepared to enter the dungeon.

Reincarnated as a Sword Episode 9 Review

In this episode, they picked up the pace after the previous episode was not up to par, so I was pleasantly surprised. We saw Fran preparing for a special quest that was specifically asked for by the guild master. This quest has a lot on its shoulders, not only for Fran but also for the guild master.

When Fran became a rank D adventurer as a newbie, many suspected she could succeed. Many people even go so far as to claim that her success was due to her charm with the guild master. Surprisingly, Amanda was part of the mission with Fran.

It soon becomes clear that this mission is almost like an examination designed to assess the adventurers’ power. We meet several new characters here, but Krad, a D-rank adventurer who is also the leader of an E-rank guild, is one of the most memorable characters in the story.

Since he believes in Fran’s rumors, he shows hostility towards our protagonist from the outset. It is also apparent from his behavior that he is capable of being easily provoked and relies too much on his abilities. 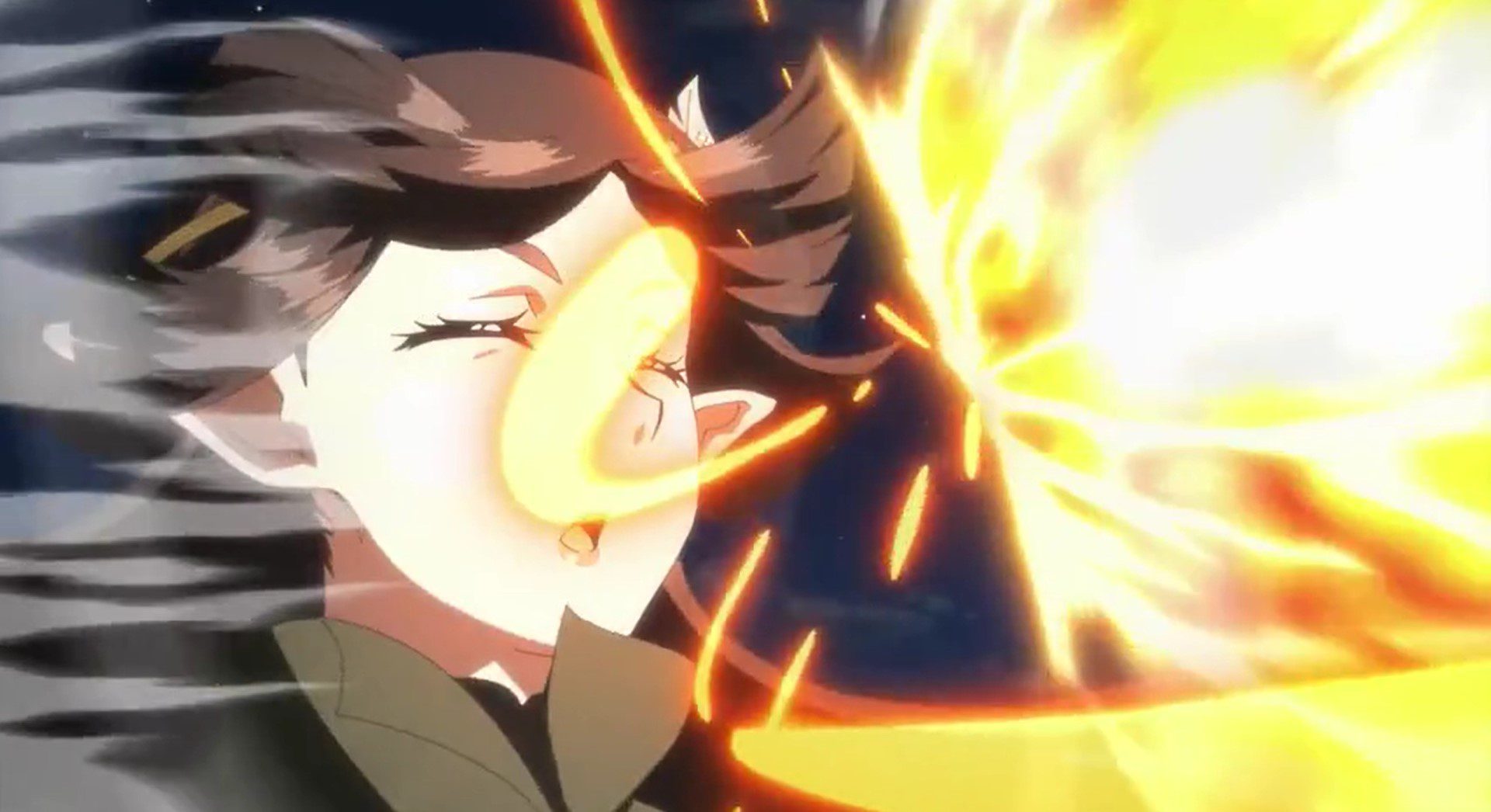 It is even apparent from his behavior that he even manages to rile Amanda, an A-rated adventurer, from time to time. And Amanda, being the strongest, swiftly demonstrates to him that he does not deserve this title.

Perhaps this episode delivered one of the best action sequences yet. The battle between Krad and Fran was something to look forward to. From that fight, we can easily conclude that Fran far exceeds the D rank and is capable of defeating her peers without the Teacher’s assistance.