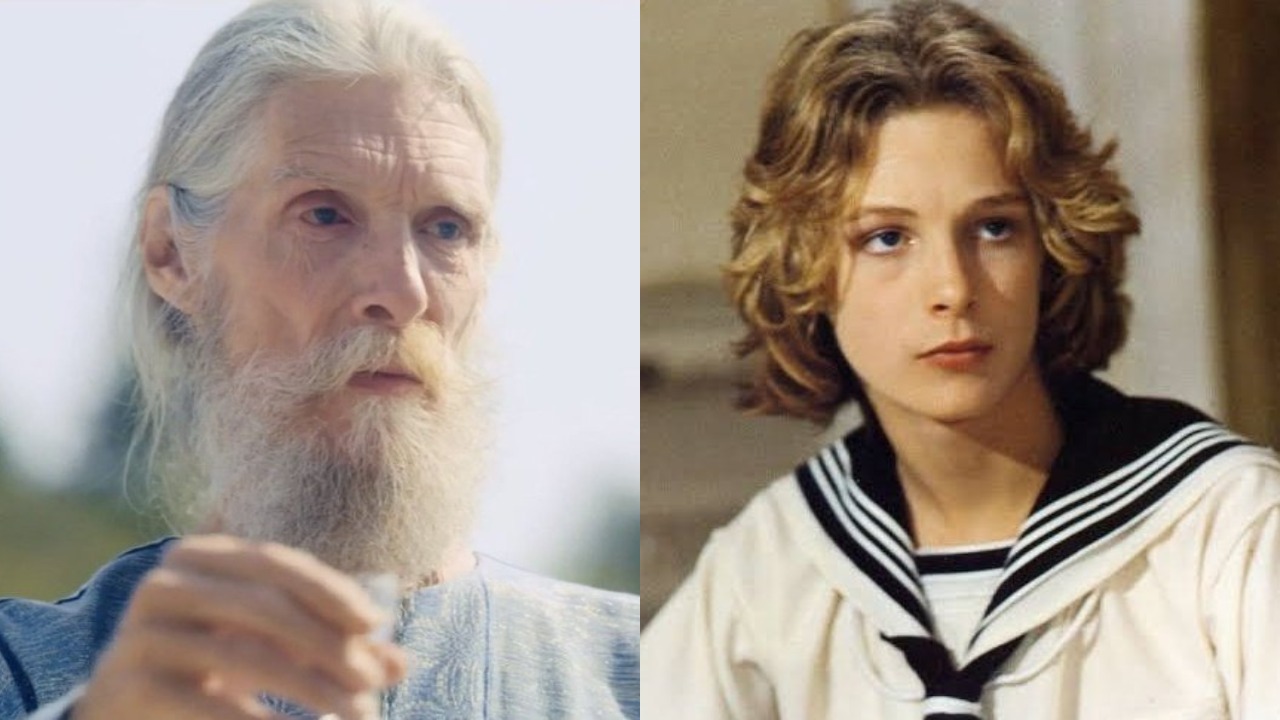 His name may sound unfamiliar to some people, but he strikes people as easily as magicians from his brief appearances. Bjorn Andresen is a Swedish actor who is famous for his roles in several Swedish movies and TV shows. But the most significant role in his entire body of work is ‘Death in Venice’ in which he played the role of Tadzio. In 2019, he made a brief but significant appearance in the daylight horror movie ‘Midsommar’ by Ari Master. The film became an instant global phenomenon that inspires a lot of film with the genre daylight horror. But Bjorn Andresen himself never really been involving himself in many films. In fact, according to his IMDB account, he has only appeared in 19 films throughout his career. In 2021, a documentary called ‘The Most Beautiful Boy in the World’ was released based on the life of Bjorn Andresen. 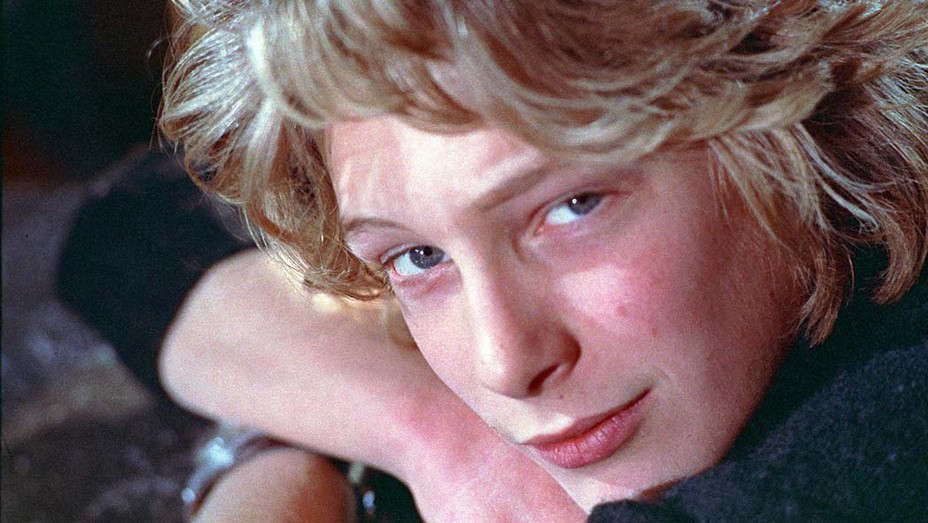 Bjorn Andresen photographed during the audition in ‘Death in Venice’

He was born in Stockholm, Sweden in 1955 and began acting at the age of only fourteen. He recently became a topic after a documentary called ‘The Most Beautiful Boy in the World’ was released this year. What makes him so interesting other than his looks? His perspective on ‘Death in Venice’s glory will make you disturbed and your heart wrenched.

The casting and release of the movie ‘Death in Venice’ 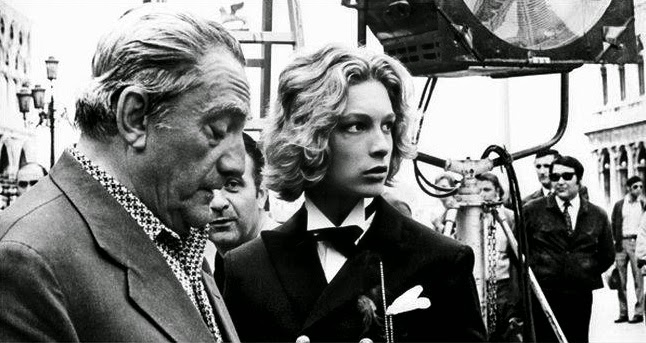 It all began around the brink of the decade 1960s. The Italian director Luchino Visconti had a clear and vivid vision of his upcoming movie, ‘Death in Venice’. It is supposed to be adapted from a book by the celebrated German author Thomas Mann originally written in German with the title ‘Der Tod in Venedig’.

Visconti was a highly prominent director working at the time. In 1960, he directed the highly appreciated Italian drama film with the title ‘The Leopard’. The film made its debut at the 1963 Cannes Film Festival and pocketed the highest award that night, Palme d’Or.  It was clear that Visconti wanted his next film to be just as brilliant.

Before the film ‘Death in Venice’ was even released, there was a pre-documentary about the casting process of the main character, Tadzio. The documentary called ‘In Search of Tadzio’ and was released in 1970.

The documentary basically lays around the immense and intense search for the right talent to play the role of Tadzio, as predicted by the title. The director Luchino Visconti geared himself up to travel to some of the most populous nations of Europe to find the right person to play Tadzio. He traveled to Helsinki to find some young actors. There he met Bjorn for the first time.

Tadzio is depicted to have enchanting features and a natural demeanor. There is still a video online that recorded the process of audition for the role of Tadzio. Visconti blatantly ordered Bjorn to remove his clothing and look to the camera, which seemed really strange to look back on now.

At first sight, it all seemed very distant but clear that there was something strange about the movie. Thomas Mann’s early 19th-century novella is about a grown-up man who has a strange obsession with a young adolescent boy. Nonetheless, many people argued that the movie and the novel are metaphors of longing for youth.

The Release of ‘Death in Venice’ 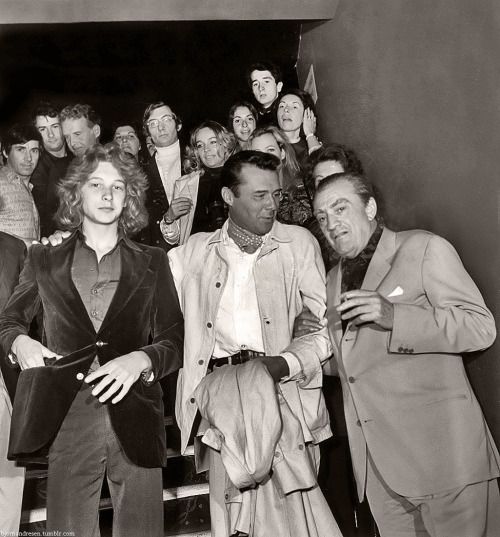 Bjorn Andresen with the cast and director of ‘Death in Venice’

‘Death in Venice’ premiered at the Cannes Film Festival on March 1, 1971. This was the beginning of the utter triumph that the film obtained.

True glory fell, of course, to Bjorn Andresen. Critics immediately called him “the extraordinary boy,” as well as “The most beautiful boy of the twentieth century.” One of them said of him: “His photos deserve to be hung in the Louvre and the Vatican.” This beauty once inspired Michelangelo and da Vinci. ” Bjorn himself never really seemed to agree to everything that was said to him. He was only fifteen.

Bjorn Inspired the revolution of Japanese manga and anime depiction 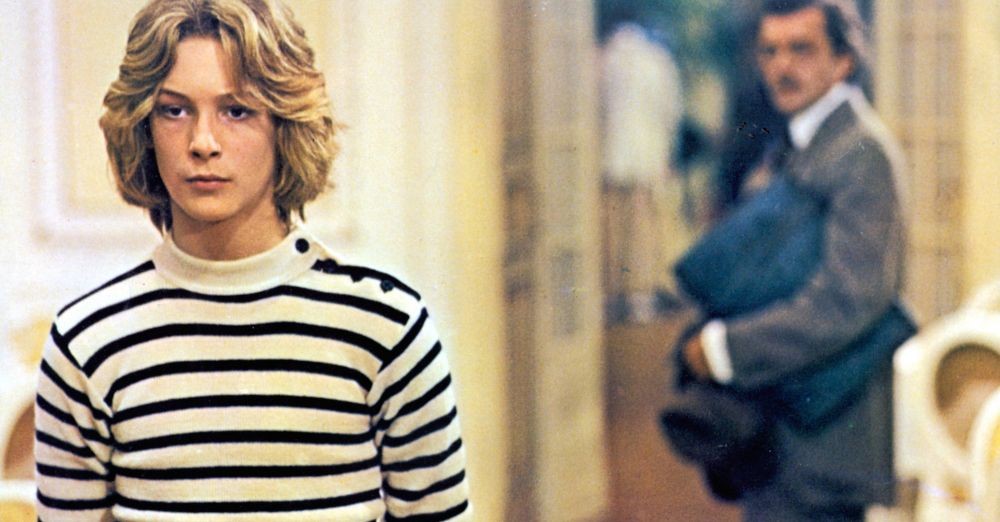 The film ‘Death in Venice’ was such a huge success in Japan. The Japanese poster of the film was everywhere on the film centers. But the reason the Japanese (especially Japanese girls) were so struck into the film is not necessarily the story or the cinematography, it was Bjorn Andresen himself. Girls went absolutely crazy for him and saw the Swedish adolescent as the perfect image of youth. Visconti then made a schedule for Bjorn to visit Japan on the brink of the year 1971.

He visited Japan two times between August and December 1971. The film’s success startled him too, but he took every chance possible for the ladder to the film’s popularity. He appeared in a bunch of Japanese commercials including the famous Meiji chocolate. 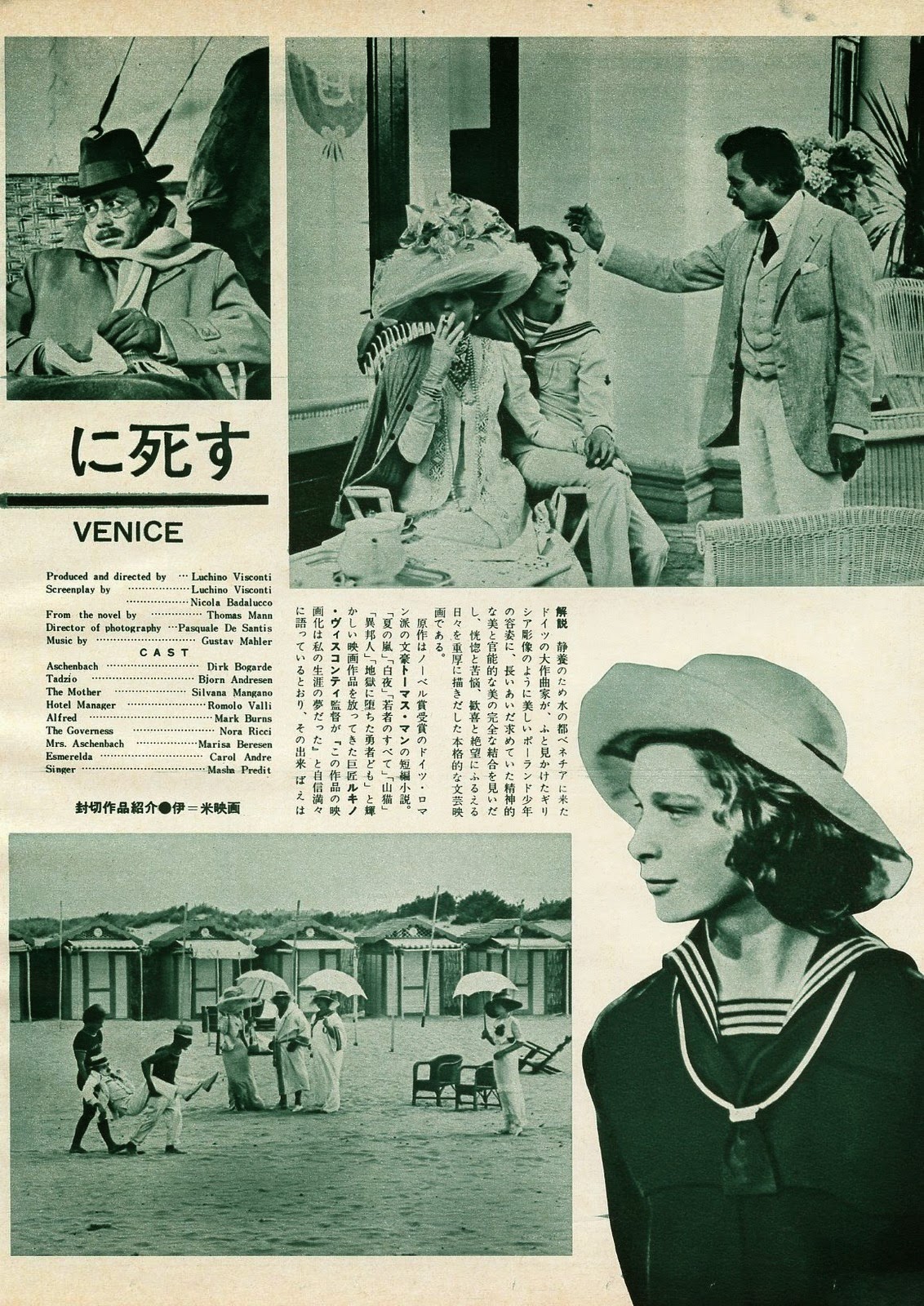 Bjorn appeared in a Japanese media

In that country, he briefly posed for An-An magazine with stylist Isao Kaneko and photography director Seiichi Horiuchi. He also recorded two singles for CBS / Sony.

His appearance as Tadzio in ‘Death in Venice’ also highly influential and inspired various anime and manga artists to portray beautiful male figures based on caucasian features. This is evident especially in the mangaka ‘Kaze to Ki no Uta Keiko Takemiya’.

He, alongside actor River Phoenix in the late 80s, enchanted many Japanese people for their appearance. So they both inspired so many Bishounen (the name of the idealistic handsome figure that regularly appears in comics) of shoujo mangas. 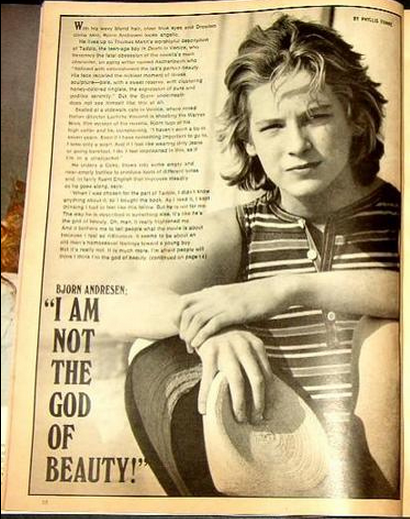 Bjorn Andresen said ‘I am not the God of beauty.” during an interview for a magazine.

Bjorn identifies himself as a straight man. So when Visconti showcased some strange behavior towards him, Bjorn was hesitant.

In his interview with The Guardian newspaper, Andresen told about his experience when he was popular at the age of 16 as Tadzio, Visconti took him to gay clubs where he felt uncomfortable with the eyes of the adult men there, “They see me without compromise as if I am a fresh food, “explained Andresen. He later explained that adult love for adolescents stands against his principle and that he felt irritated emotionally and intellectually.

Although he was not fond of being an object of gay men, he was pretty much cool about it. In a magazine interview later confessed about having experienced having sex with a man, but that did not feel like his ‘cup of tea’.

Years later, he said that he wouldn’t have wanted to join the project if he knew how everything would turn out. Even so, he still smiled at the camera and assured himself that he didn’t regret the thing that has happened to him. 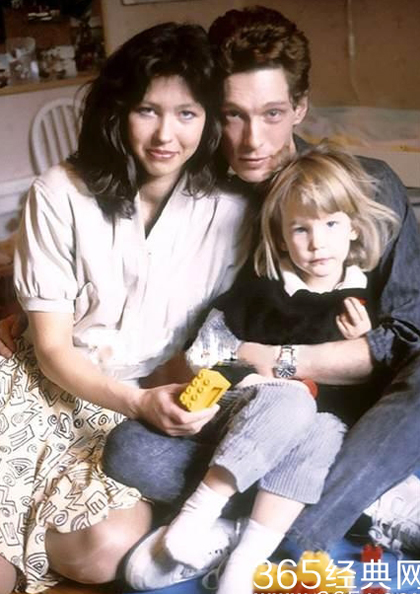 Suzana Roman with Bjorn Andresen and their daughter

Around fifty years later, his name resurfaces to the media after his sudden appearance in Ari Aster’s newest movie ‘Midsommar’. The horror film showcased some of the most festive and gleeful images of Sweden you can ever imagine. People gathering in groups, singing and dancing in the daylight with bright items of clothing and flower crowns. But Midsommar is a deluding piece of horror cinema that would actually make audiences sick. Bjorn took part in this project in 2019, making a comeback to work with a top-notch director after working with Luchino Visconti in the 70s. His portion is impactful enough to make you shiver of utter gory horror.

In this film, he successfully proved to the world that he’s not anyone’s typical temporary boyish imaginings, shallow sexual imaginations, and victim of desire and perversion. He was a blooming talent whose stardom potential tragically dashed.

‘Two years later, The Most Beautiful Boy in the World’ premiered in Sundance in early January of 2021 in the section of ‘World Documentary Competition’. Critics have been raving about the openness and of Bjorn’s yearning to make a personal account of his past story. It received great reviews. 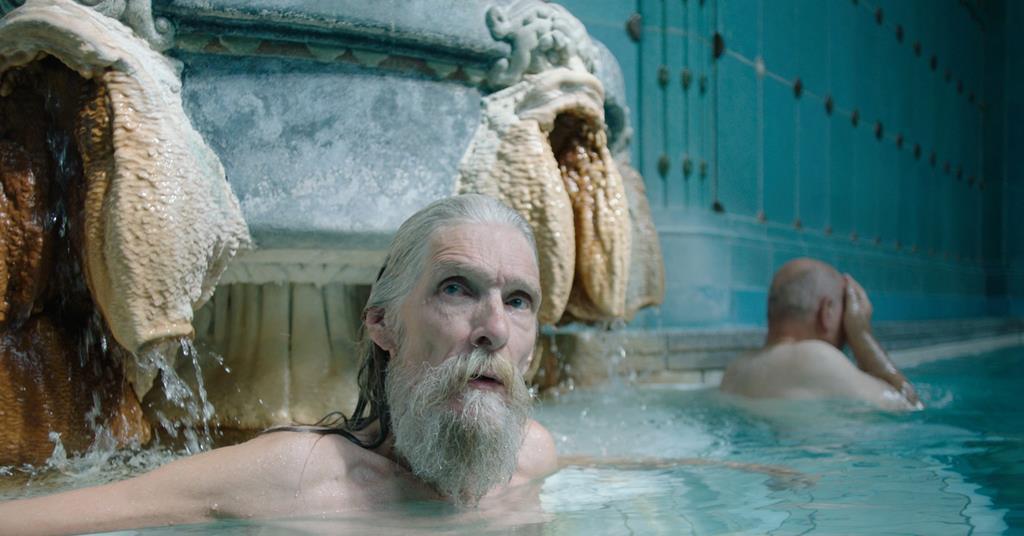 In the documentary, he recalls some of the moments from the most significant, exciting, yet excruciating phase of his life. The time of life where he became attached to the character that he played, Tadzio. His hair grew gray and of course, his once youthful looks disappeared.

The documentary became not only just about a career immediately cut out of exploitation, but an account of what it means to see ‘beauty’. It is an important reminder that such a case of exploitation in the film industry is still relevant to this day.