Solo Leveling Anime: Everything You Need To Know 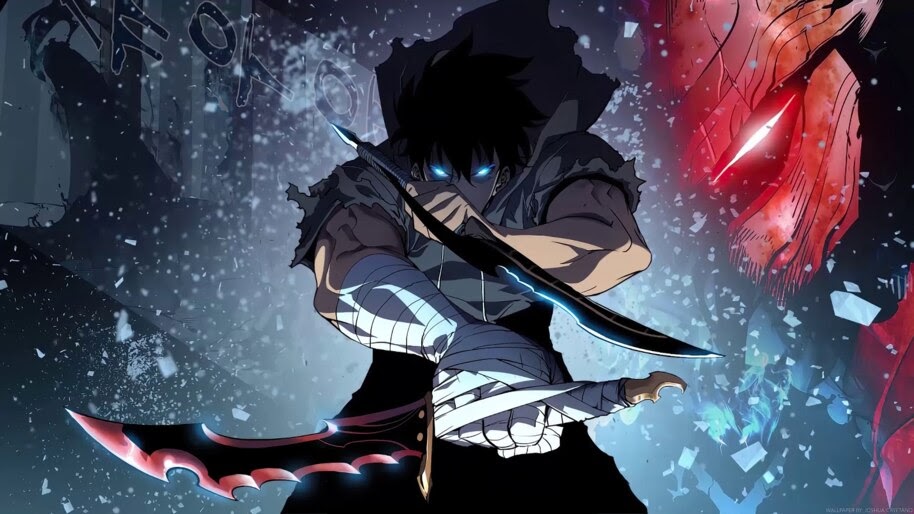 Solo Leveling is a South Korean web novel written by Chugong. It first surfaced in 2016 on July 25. The novel appeared on Kakao’s website Kakaopage and has been a popular web novel ever since. It was later published by D&C Media under their papyrus imprint. When is Solo Leveling Anime being released? What studio will take over the anime? Let us talk.

The English version is licensed by Yen Press. Solo Leveling is unlike manga as it comes from South Korea and has different backgrounds. And yet, it has not failed to achieve a massive fan following all over the world. It has released 13 volumes with a few side stories and is still going strong and growing in popularity. Solo Leveling was also released in Piccoma, KakaoJapan’s digital fiction platform. It was very popular with a cumulative readership of over 1 million regular readers. The web novel was also selected as the number 1 webtoon of the year 2019 for Piccoma. Later on, it was released by Tappytoon in the English language in the year 2020. If that wasn’t enough, due to its striking popularity, it is also being licensed in English for North America by the famous Yen Press.

So, seeing how popular the series is, it is obvious that fans are calling for an anime to be released. But what is solo leveling all about?

Solo Leveling starts off in the city of Seoul, South Korea. The fictional world is plagued by monsters. Ever since a portal connecting Earth and a different world opened, monsters have spawned on earth and terrorized people. At the same time, many people began gaining abilities. These mysterious abilities gave them enough power to take down these monsters for good and protect humanity. These people were called Hunters, and a Hunters Association was soon formed to unite them all. Much like the Heros in One Punch Man. The Hunters in Solo Leveling operate on a rank-based system.

The protagonist of the series Sung Jinwoo is the worst at being a hunter. He is called the Weakest Hunter in the history of mankind. Quite a harsh nickname for the main character. He has a sick mother in the hospital, and in order to support her and pay bills, he has to be a hunter. He’d rather prefer keeping his life safe, but the situation has his hand forced. Apart from some regenerative abilities and his above-average speed, Sung Jinwoo is barely good enough to be a Hunter.

He is classified as an E-rank Hunter in the association. That makes him the lowest of the low. However, things soon change for him. He comes across a rare double dungeon. Dungeons are places beyond the portals which spawn the monsters. Most Hunters who had entered the dungeon end up dying. For a moment, it seems Sung Jinwoo also dies in a skirmish with giant monstrous beings. Later on, his eyes open in a hospital bed.

Sung finds out he is not the same anymore. He has new abilities. There are a stats report and quest board that only he can see. The board assigns him quests which include things as minor as workout routines to slaying monsters. Sung’s new ability is the power to level up. Completing quests would give him greater power levels, hence the name of the web novel. The journey of Sung Jinwoo as he levels up from an E class hunter to an S class is truly worth witnessing.

It should be noted that Japan is often shown in a slightly negative light in the web novels by Chugong. Because of this, some fans have speculated that a traditional anime release can be a difficult task. However, that does not mean that it would never happen. As of right now, no anime announcements have been made. However, a petition on Change.org has gained the attention and signatures of over 100,000 people online. Fans are earnestly raging for Solo Leveling to be made into an anime. We believe our best hope for an anime adaptation is none other than Netflix. Recently the streaming giant announced that it would be releasing 40 new anime this year alone. So it would not be a surprise if they decide to take on the adaptation of Solo Leveling as well.