Do we know about Shakti Mohan Boyfriend Name? The Indian contemporary dancer Shakti Mohan had grabbed enough limelight after bagging a trophy from the eminent show Dance India Dance Season 2, Mohan has tasted success early in her life with her love for dance. She even judged one of the famous shows, “Dance plus” premiered on Indian Television Star Plus and Dance Singapore Dance, an international show. Shakti hailed from New Delhi, India, and was born on October 12, 1985. She is deeply rooted in her culture and spent most of her childhood in Delhi. She budged to Mumbai, Maharashtra, in 2006 to follow her passion for dancing and has done a diploma in dance from Terence Lewis Dance Foundation Scholarship Trust in the year 2009. In her several interviews, she highlighted that she wanted to become an IAS officer, but destiny had different plans for her that flipped her life after her advent his Dance India Dance Show.

Shakti also became the top three contestants in a dance reality competition Jhalak Dikhla Jaa and then showed appearances in Dil Dosti Dance aired on Channel V. She was also seen as a captain on the show Dance Plus season 1-4, which was hosted by Raghav Juyal. Apart from pioneer dancing shows, Shakti became the sensational face in a song of the copious movies, namely Rowdy Rathore, Tees Maar Khan, Rowdy Rathore, Samrat & Co., and Dhoom 3. Shakti remains quite active on Instagram and got more than 10.5 million followers. She is also a part of an initiative called Nritya Shakti and is often found talking about the nitty-gritty via her Instagram posts. She keeps showing her fans highlights of posts and stories of her vacations and pious bonds of her family. She remains discreet in her personal life, but her connection with Raghav Juyal speaks a lot about her love life. Let’s scroll down and know about Shakti Mohan’s boyfriend’s name.

What is Shakti Mohan Boyfriend Name?

The fan always remains curious about Shakti Mohan Boyfriend Name and keeps stalking her social media accounts. Although Shakti had not remained vocal about her boyfriend, she had given various clues on her social media platforms along with appearances in various television shows with Raghav Juyal, an Indian slow motion dancer. She had shared several romantic moments with the Raghav in the show Dance Plus and quite often posted pictures with Raghav on Instagram. Raghav is a well famous slow-motion dancer and a choreographer. He was born on 10 July 1991 and belonged to Dehradun, Uttrakhand. He was also cast in the ABCD2 movie as Crockx and gained immense popularity post-movie. In the year 2011, he made his first television debut with Chak Dhoom Dhoom 2 and first film debut in the year 2014 with Sonali Cable. Raghav and Shakti were seen together in the show Dance Plus, where Raghav was the host and Shakti was the judge. The fabulous chemistry between them was seen, but that always ended on a humorous note. Shakti enjoyed pulling the legs of Raghav in the show, and he always responded to her with a grin. He attained the attention of the audience with his surreal yet abnormal dance moves and especially by walking like the crocodile. Moreover, when it comes to rumors about Shakti’s boyfriend. She denies any serious relationship with Raghav and says she is single.

It’s not the first time Shakti has been rumored to be in a relationship with Raghav Juyal, but her name has been linked several times with the Raghav. Furthermore, there is no surprise about this enthralling news as their bonding speaks a lot about the relationship. In their social media accounts, they together share interesting pictures that bring curiosity among the fans about the relationship. 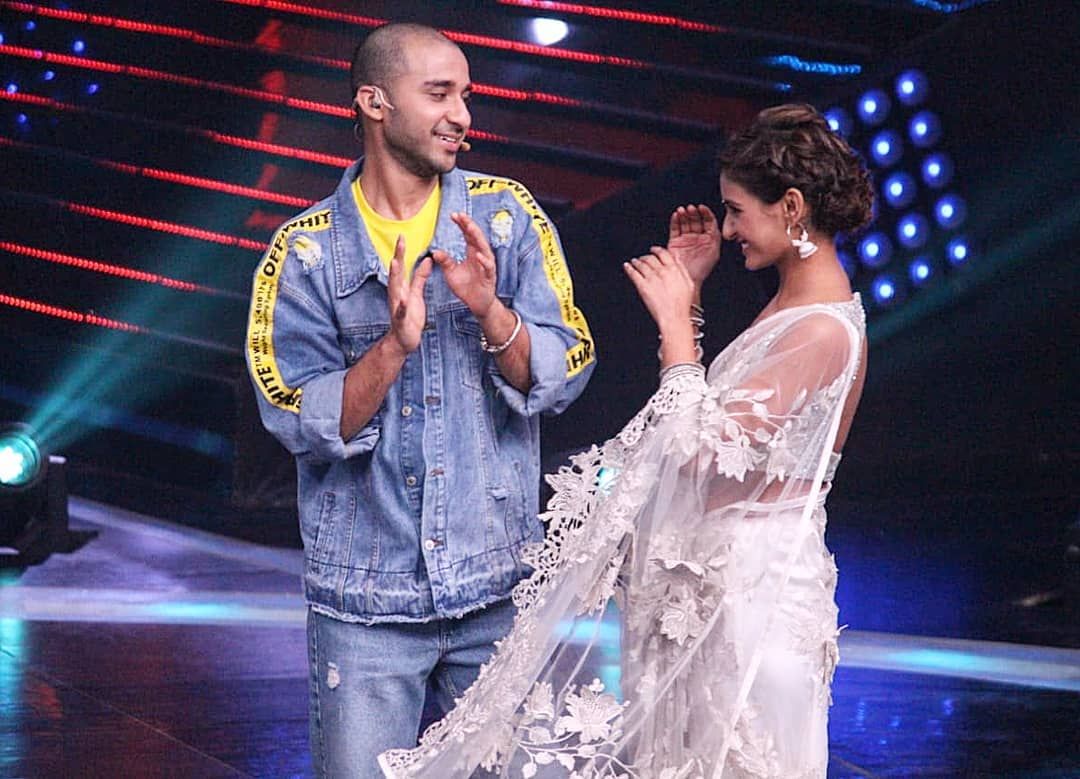 In the television show i.e., Dance Plus, they have shown the romantic image of togetherness. However, they are not in a serious relationship and share a special bond of friendship.

Shakti Mohan has reached heights with her hard work and determination. She is earning a handsome salary from her work and has gathered a lot of money with the unique dance performances and accolades. She often remains highlighted and is most of the time, her name gets linked to Raghav Juyal. But apart from Raghav, she has been rumored to be in a relationship with Punit Pathak and Kunwar Amar. But we have not got solid proof about their dating, and hence she is the facts says she is yet single.