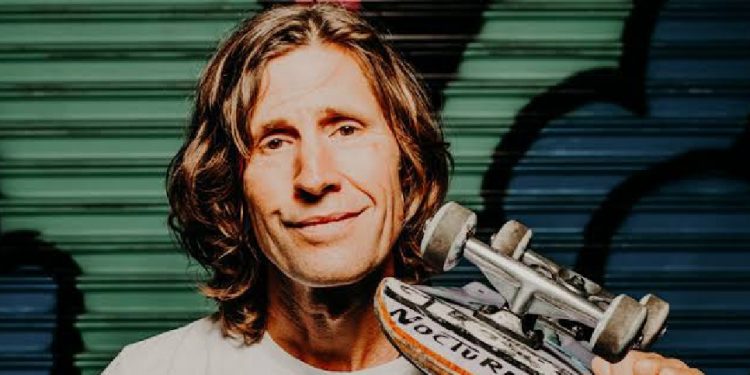 Rodney Mullen is well known as the godfather of street skateboarding and is considered one of the best and most influential skateboarders in history. Recently, Rodney has been making news for his personal life. Do you know who Rodney Mullen’s Girlfriend is? He started his professional career as a freestyler and shaped the sport through the many tricks he discovered and his work as an inventor and entrepreneur. These tricks are now considered an essential part of modern spinning skateboards and street skateboards. Mullen has appeared in more than 20 skateboarding videos and co-wrote an autobiography with author Sean Mortimer named The Mutt: How to Skateboard and Not Kill Yourself.

Rodney was born on August 17, 1966, in Gainesville, Florida, USA. Mullen started skateboarding at the age of ten, on New Year’s Eve 1977, after a friend from the neighborhood introduced him to skateboarding. He promised his strict father, a dentist, that he would stop skateboarding if he got seriously injured the first time. Mullen began practicing skate in the house’s garage wearing a full pad suit, a precaution that was part of a deal with his father and spent out his time with his sister’s surf buddies, who skateboarded on weekdays. He became obsessed with skateboarding and practiced for hours every day. As a child, Mullen slept in boots designed to ameliorate the severe pigeon-toe condition. In the year 2002, Mullen won the Transworld Skateboarding Readers’ Choice Award for Skater of the Year.

Who is Rodney Mullen’s Girlfriend?

Rodney Mullen is currently in a relationship with his longtime girlfriend, Lori Guidroz. The skater met his supportive girlfriend just after his divorce from his wife. It didn’t take long before Rodney split from his wife when he started dating hair designer Lori Guidroz in the year 2014, just a year after his divorce. Since then, the couple has often been seen spending time together.

In the year 2016, Rodney and Lori were seen at the premiere of the film Seattle Road. Apart from enjoying each other’s company, this couple also seems very supportive of each other’s careers. Lori expressed her love for Rodney in a tweet mentioning him as her husband and how proud she is of the skateboarding legend. She has also shown great interest in following his skateboarding journey, and on June 30, 2020, Lori shared a video of Rodney debuting a new trick for the first time in twelve years, calling it amazing.

The skateboarder was previously engaged and married to Traci Mullen, a former saleswoman for World Industries, of which Rodney was a partner and a board maker. The couple married in April 2000, but their relationship eventually ended when they decided to separate in 2013. In May 2013, Rodney filed for divorce from Traci under the jurisdiction of County Judge Robert B. of Los Angeles. This is a prenuptial agreement that he had signed one month before his marriage to Traci, which freed him Rodney paying spousal support if the couple separated. Rodney cited insurmountable differences for the split.

Rodney has always had a deep love in his heart for skateboarding. This legend has also helped spread the love of skateboarding among many generations of skateboarding enthusiasts. It is precisely because of his love for the sport that he finds it difficult to overcome the scars that have accumulated on his right hip over the years of practicing tricks. Due to these problems, he was unable to skate and then fell into a deep depression. The depression was exacerbated by the fact that his marriage to Traci was beginning to fall. In order to divert his mind during the healing phase, Mullen began coding. He befriended an Australian hacker who helped him to master Linux.

While learning to code, the skater maestro discovered similarities between the mindsets of a hacker creating code and a skater inventing new tricks. In his 2012 Ted Talks, he draws an analogy between hacking and skateboarding and concludes that both cultures share the same open-source platform that drives innovation and helps improve the work of the last generation. His talk was a hit in 2012, and he became a well-known speaker at the Silicon Valley conference chain. In addition to being a skater, speaker, and partner at a skateboard company, Mullen co-authored a book called “The Mutt: How to Skate Board and Not Kill Yourself”. Also, he is featured as a character in the Tony Hawk’s Pro Skater video games.