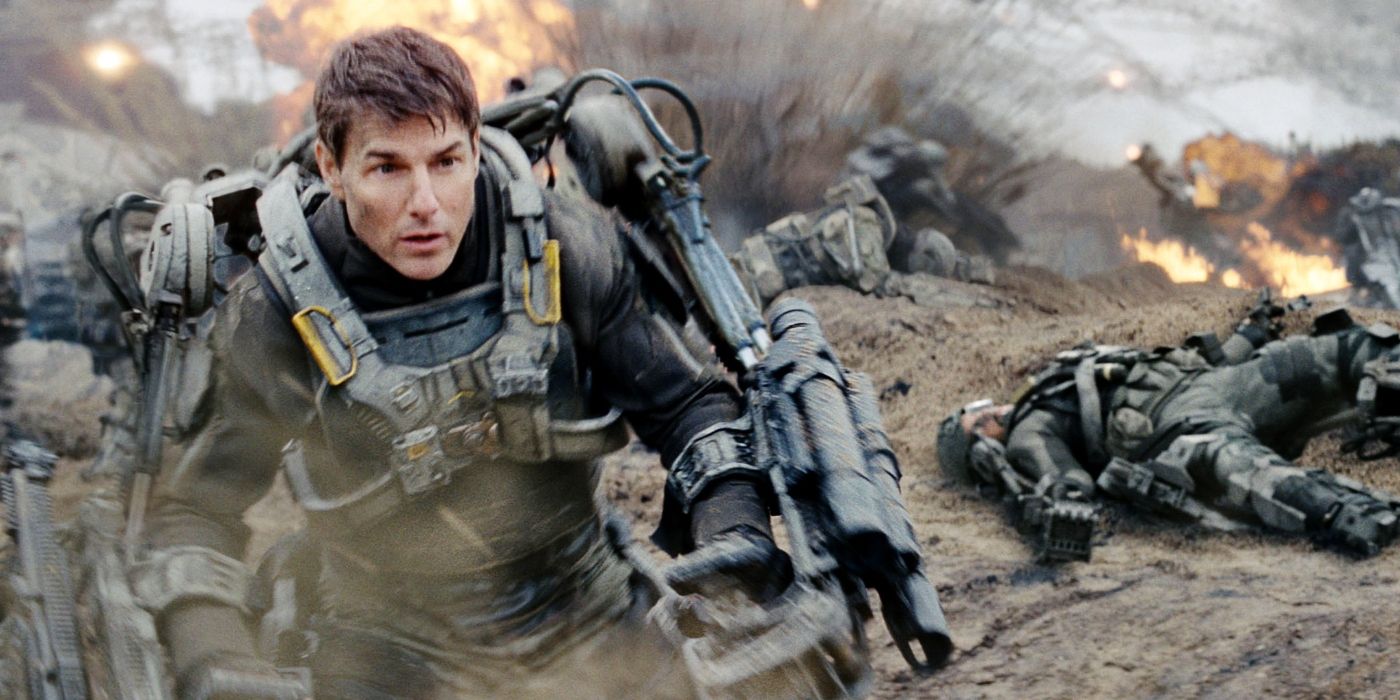 Tom Cruise on Edge of tomorrow

Edge of Tomorrow is an American science fiction film based on a script adapted from Hiroshi Sakarazka’s 2004 Japanese light novel “All You Need Is Kill.” In this article, I will explain the ending of the film. The film was directed by veteran director Doug Liman. All of us know him for his 2002 hit – Bourne Identity and 2005 hit – Mr. & Mrs. Smith. Big-time celebrities such as Tom Cruise and Emily Blunt were cast for the major roles. The film was launched in 2014, and its marketing slogan was “Live Die Repeat.” Tom Cruise did exactly what the movie’s tagline said: “Live, Die, Repeat.” His character died more than 300 times in the novel based on the film, although he only dies 24 times on screen.

It is the story of a Major William Cage who had no prior combat experience, and his superiors forced him to join a landing operation against the “Aliens” known as “Mimics.”

Edge of Tomorrow was released on May 28, 2014, and the first screening was at IMAX in London. Later on June 6, the movie was released in the United States. The budget set for the movie was approximately $178 million, and it made $20.1 million right on the opening day. With $100.2 million in North America and $270.3 million in other markets, the movie earned a total of $370.5 million worldwide.

How did the movie end? : A small flashback

Sometimes, even if a movie gets added to our favorite list, we tend to forget its ending or even the important parts. Well, don’t worry because I’ve got you covered for this one. The film’s finale was quite twisted, which left several viewers perplexed. The ending revealed that the mimics had murdered the J-Squad. When Rita and Omega arrived at Omega’s location, they discovered that Omega was being protected by Alpha. Ring any bell yet? If not, read further.

Rita slid all the grenades to Cage and tried to attract Alpha’s attention so Cage could murder Omega. Alpha kills Rita, whereas Cage gets hurt after being stabbed in the chest by Omega while attempting to destroy him. Despite his wounds, he throws explosives towards Omega for a final try. Later the director shows Cage receiving a blood transfusion, causing him to reawaken before being captured.

Also read: ‘Seeking A Friend For The End Of The World’ Ending Explained: Does Penny & Dodge Met?

The explosive bursts when Cage carefully releases the grenade and throws it at Omega. Both Omega and Alpha perish as a result of the massive explosion. A huge electrical signal is emitted as a result of the explosion, which spreads over the area, killing all Mimics. Omega is now dead, and his blood has been dispersed across the sea. Cage is not dead; rather, he gets wounded and seems to be drowning in the sea. Omega’s blood enters Cage’s body at the same time, turning his eyes black and blue. Cage now possesses all of the Omega’s abilities and awakens. It implies that if he ever dies, he will come back to life on his own, and everything will begin over from the previous day.

Tom Cruise on the edge of tomorrow

Cage disembarks from a chopper, and the officer greets him. She informs him that they have won the war. Inside the facility, commanders conduct a news conference, claiming that a signal from Paris destroyed all the mimics that morning. Aliens aren’t assaulting any anymore. Then Cage returns to the military installation, where he discovers that J-Squad is still alive and well and is participating in a parade. Everything is running smoothly. Cage then travels to meet Rita while still a major. Rita is completing her workout as normal when she meets Cage, and she lashes out since she dislikes meeting new people and, of course, she doesn’t remember anything. Looking at this, the film ends with Cage laughing.

Time Loop: Concept and how it was used in the movie

Let’s start with knowing and understanding a little about the Alpha and Omega. Mimics have a large Alien Omega, which is the Mimics’ mastermind that keeps them under control. Alpha, one of the mimics, is the leader of all the tiny Mimics after Omega. Omega owns all of the Alphas, mimics, and is the brain that connects them all. If the primary brain, Omega, is killed, the remainder of Alpha, mimics, will perish as well.

a scene from the edge of tomorrow

Moving on to the concept of time loop and how it was used in the movie. Omega possesses the ability to manipulate and travel across time. When someone kills Alpha, Omega receives an automated notification that Alpha has perished. Then he goes back in time by 24 hours, but Alpha recalls everything about how he’ll die. That is how Alpha learns about every human plot, and he always wins since he has previously taken safeguards. When Cage kills Alpha, his blood mixes with Alpha’s, causing Cage’s DNA to alter and him to become Alpha. As a result, anytime Cage dies, the day resets, and everything begins anew the next day. Cage, Alpha, and Omega are the only ones who recall what happened the day before. This cycle will continue until Omega is killed by Cage.

A sequel of the movie is still in rumors. It seems that it was to be released in 2018, but there is no confirmed news as of now.

I hope this clears the ending of the film for all confused fans.