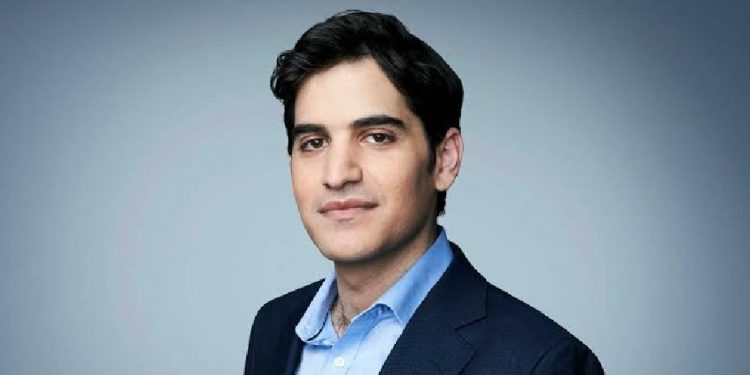 Journalists act as a mediator between the government and the people of the country, ensuring that everything goes well within the administration and other governmental institutions. Today’s topic is about CNN journalist Harry Enten, known for his work on CNN Politics. It is worth mentioning; he works as a senior analyst for his FiveThirtyEight website. His father, Harold Enten, died in September of the year 2015. He has a special relationship with his mother, who is a doctor. Famous CNN journalist Harry makes a good amount of fortune from his successful career. So, now let us learn more about Harry Enten’s personal life as we discuss his partner.

Harry Enten was born on June 22, 1988, in the Bronx, New York, the USA, to his American parents. So Enten is an American citizen and belongs to the Jewish ethnic group. His father, Harold Enten, worked as a judge in the US government, which increased Harry’s interest in building his career as a political journalist. From a young age, Harry’s father, Harold, was a great inspiration for him to participate in related activities for the good of society. Harry’s father had also taken him to the voting booth, where he pulled the lever of elections. He was only four years old at the time.

Who is Harry Enten’s Partner?

The analyst Harry Enten has never publicly shared information about his partner, but he did a post on Twitter that Harry’s girlfriend sent him a picture of a dog named Lenny. This 2018 post left thousands of his fans wondering who Harry Enten’s girlfriend was, but never did he reveal about his mysterious partner, whom he mentioned in the post. The journalist has also been known for making jokes about finding a girlfriend on Twitter, which exploded on the internet and one of his followers reacted hilariously.

On July 7, 2013, Enten took to Twitter and jokingly wrote that he was “looking for” a girlfriend. After that post, he came with another post on Twitter in the year 2016, where he announced that he was single and looking for a partner. In response to Enten’s search for a girlfriend, one of his Twitter followers, Jonathan Mann, even wrote a song called “Harry Enten Is Looking For A Girlfriend,” which received 89 retweets and thousands of views on YouTube. However, there is no recent news from Enten whether his girlfriend search was actually successful. But for sure, this CNN writer is not married and is yet to have a wife.

This famous Twitter journalist was born on June 22, 1988, and grew up with his parents in Riverdale, New York, in the Bronx. In addition to his girlfriend’s posts, Enten had also mentioned his family several times on his social handle. His Twitter post revealed that his father, Harold Enten, was sixty years old when he was born and that Enten hangs out with his dad all the time. Harry also gave a glimpse of his father on Twitter and posted a photo of him with Mayor Abe Beame in the year 1976.

Unfortunately, his father, who had a close relationship with Enten, died in the year 2015. The loving son shared his thoughts of his relationship with his father on his Twitter account. While Enten’s father was a judge, his mother, Barbara E. Strassberg, still works as a doctor. He also has a nephew named Neil Sedaka, an American singer and songwriter. In addition, Enten is 6 feet 2 inches tall and comes from a family of Jewish descent. For his education, he attended Riverdale Country School and Dartmouth College and started pursuing his career in journalism after graduating in the year 2011.

Harry Enten, who is only 33-year-old, has reached the pinnacle of his career and has received much recognition and admiration for his experiences. He began his career by posting a blog called Margin of Error while interning with NBC’s Political News Unit in Washington. Enten later became a journalist for the British daily The Guardian. Shortly thereafter, he joined an American website called FiveThirtyEight, which was relaunched under ESPN.

He presented his political views on the FiveThirtyEight podcast and received mass presentations. He then left the show to join the CNN network in 2018 and work as a senior writer and network analyst. According to a report, the journalist earns an annual salary of over $100,000 for his current position at CNN. Judging by his income, it’s not surprising to assume that his net worth is in seven digits or more.