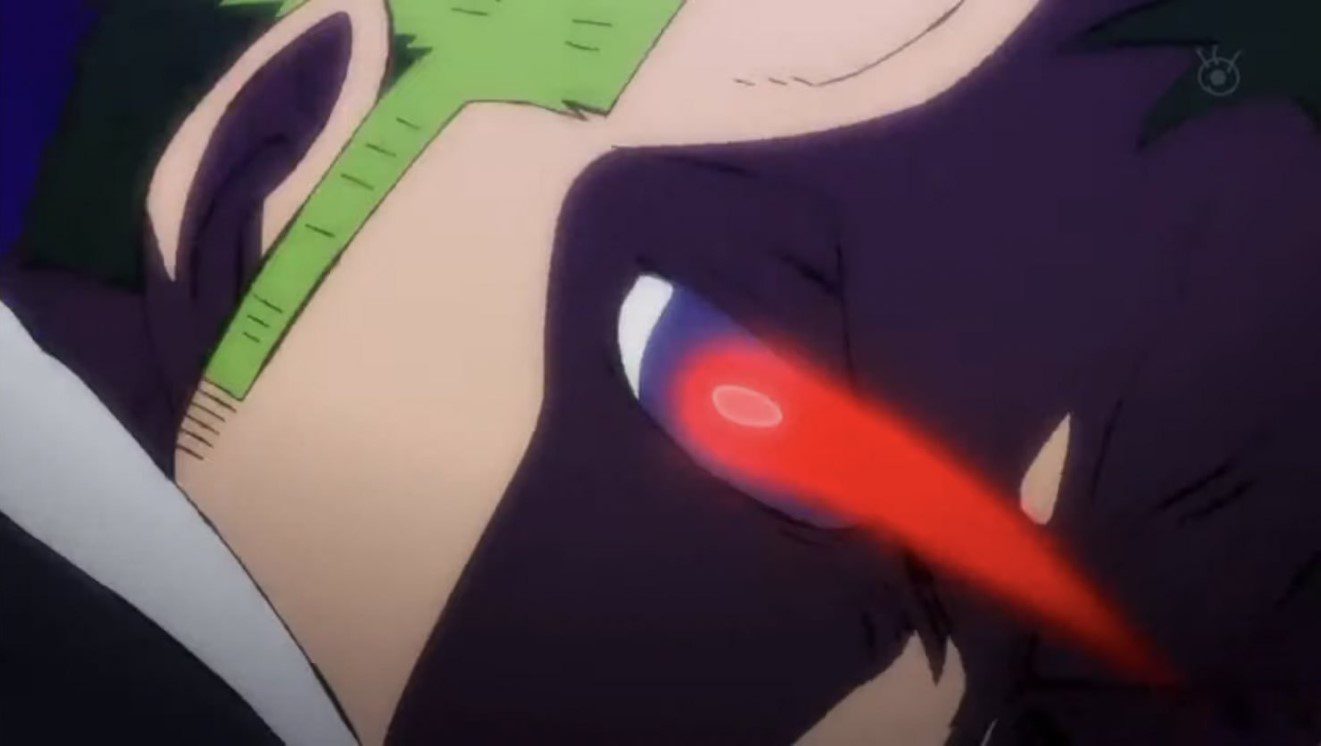 Zoro Conquerors Haki usage has been on the table for a while after his confrontation with Kaidou ended in defeat in the manga. Currently, the anime has just entered Onigashima’s live floor, and things are about to go down with more episodes on the horizon. We have come to realize the slight difference between anime and manga. this makes the anime worth looking forward to even if you have read through the respective manga chapters.

The ongoing Onigashima raid will test the limits of each and every Straw Hats and their allies. Throughout this post, we will make discussions based on the recent adaptation of manga chapters and a little into the latest chapters of the manga. So, we are heading into spoiler’s territories.

The raid is now at its peak in the manga. So we should see all the cards from both the Beast Pirates and the Samurai. Speaking of which, there wouldn’t be as many surprises left as we recently learned about Zoro’s usage of Haoshoku Haki or Conquerors Haki, thanks to the latest episode of the anime.

In the past chapters of the manga where we saw the worst generations in full force up against Kaidou and Big Mom, we managed to see them combine their most powerful attacks and managed to hold off their own against the two emperors. Then this was followed by a new usage of Conquerors Haki that Kaidou has been using all this time which explained why he easily took out Luffy in Okobore town.

When Zoro last attacked Kaidou with what he called his most powerful attack, Kaidou was shocked and wondered if Zoro could use and infuse Haoshoku in his attacks as well. But it appeared like Zoro had no idea what’s going on.

Zoro Conquerors Haki in the Anime

Knowing Zoro and his personality, there’s a good chance he has been using different techniques without concern on what they could be called. This was evident in his dialogue in the manga with Kaidou as Zoro wondered what Kaidou meant by Conquerors Haki. So this builds some form of uncertainty, but now it seems like things have become clear. One Piece Episode 985 will release this weekend, and you will be simulcast on Crunchyroll and Funimation.

The anime covers various manga chapters and adds more details like colors, textures, and a few scenes that were not fully illustrated in the manga. We have just witnessed how rich the environment surrounding Onigashima is, and it appears to be filled with lots of flora and fauna.

The anime has not explored much of the island, with only the live floor shown in full detail so far. So the upcoming scenes will be on the next level. Especially now that chaos will be erupting all over the live floor. After witnessing the living conditions in Left Overs town, the Strawhats finally got to Kaidou’s stronghold and witnessed the kind of rich life that the Beast Pirates are enjoying.

The gifters seem to be having the time of their lives while badmouthing Left Overs town. This is what had made some of the straw hats angry. Luffy appeared angry and resorts to violence as he wants to punish those who are wasting food since he knows that people live under harsh conditions back in leftovers town. On the other hand, Zoro witnessed the same thing and ended up using Conquerors Haki to knock out a few of the gifters that surrounded him at the time.

It is this important moment in the anime that had given another stamp of approval and has now joined the top characters in the series. This gives him some recognition as one of the strongest swordsmen out there. So, we could only look forward to what he will be capable of next. This will be important in the upcoming episodes as Zoro is set to rejoin the war after he received treatment from Miyagi and Chopper.

What we are not yet sure of at the moment is whether Zoro had infused his last attack against Kaidou with Conquerors Haki or not. This is because he did not seem to be aware of it, or he did not know what Kaidou meant by Conquerors Haki. But since the attack left significant damage on Kaidou’s invincible hide, then we can not rule it out yet.

Before this happened, the Worst Generations combined their forces to attack Kaidou to no avail. Their attacks did not even leave a scratch as Luffy was looking for a better way to get through Kaidou’s defenses. And it was only at this last moment that Zoro managed to wound Kaidou. He even commented that Zoro’s attack would leave a wound on his body which meant that it was not his usual attack. But that was not enough to bring down Kaidou as we wait to see what would come next. 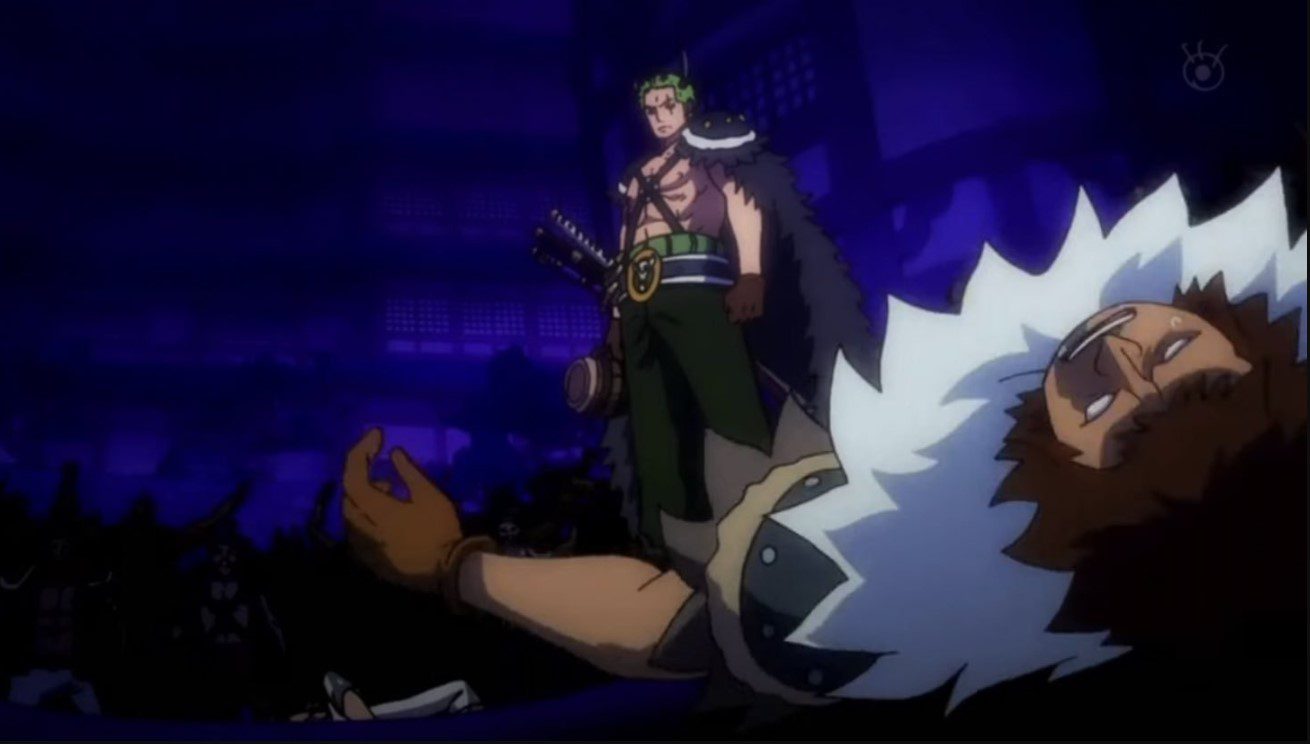 Just when Luffy learned the secrets of Conquerors Haki and fought evenly with Kaidou. Their fight was cut short when Luffy was knocked into the ocean, and we still haven’t seen what has happened before that. This means that next, we will see extraordinary attacks coming from the samurai side as we have already seen everyone at their usual full power, and it is not making any difference.

At this point, we have already seen all of Zoro’s powerful attacks that we know, and they seem not to have much effect on Kaioud. So if Zoro will be involved in the rooftop fight again, then he will need to unleash a different type of attack that we haven’t seen before. This means using every move he has in his arsenal, including the Conquerors Haki.

One Piece Manga and Zoro Influence.

Zoro has been out of the fight for a while after blocking the most powerful attack that Big Mom and Kaidou can combine. He managed to hold it off for just a second. And later on, Law revealed that Zoro had broken at least 20 bones in his body. Now the raid is at its very peak, with Luffy set to rejoin Kaidou on a one vs. one battle at the rooftop. Meanwhile, Yamato keeps Kaidou at bay as he was prepared to kill everyone he comes across with Kinemon, the last of his victims.

Luffy has also recovered on the Heart Pirates ship, and it won’t be a while since he returns. This probably means that Kaidou and Yamato’s showdown will be short. We haven’t got many updates from Zoro’s side either, and with almost all of the Tobiroppo defeated, then there won’t be many people who would stop him from getting to the rooftop. 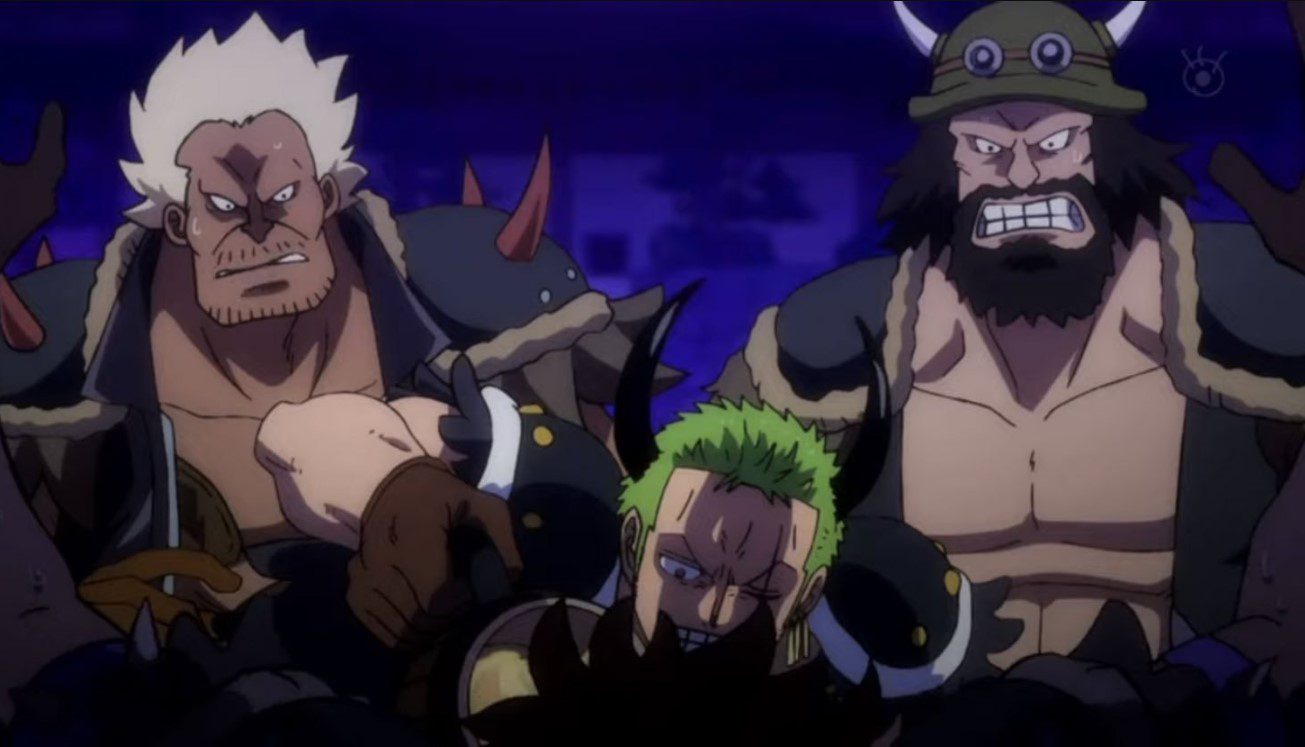 The problem might be on how he gets there, as we know Zoro has problems with navigation. The medicine that Zoro received is said to have super recovery effects for a short time, but after it wears off, it has double the pain. So at this point, it seems like Zoro will fully recover for his second go in this raid. But now, only the battles of the strongest are left with only The All-Stars, and Kaidou himself left standing save for Black Maria, who is still going at it with Robin and Brook.

The Battle of the Strongest Starts in Onigashima.

If we don’t see any of the Tobiroppo making unexpected recoveries in the upcoming chapters, then this means that things are going to get intense from here on. So it is likely that we won’t get to see big fights being cut mid-way like what previously happen with Luffy and Kaiodou.

At the moment, there are several events at play, and they all seem interesting. So next, what most of us are wondering is how Zoro will fit in here. With everyone else occupied, then it would be the only natural for him to return to the rooftop since that’s where he last fought. So this might turn into a countdown to see who makes it first between him and Luffy.

But we can not be certain how things will turn out, so we can only wait for new manga chapters and see how things will turn into in the upcoming chapters. One Piece Chapter 1020 releases this weekend, and as usual, you will be able to read it for free on VIZ Media and Shueisha’s Manga Plus official platforms.