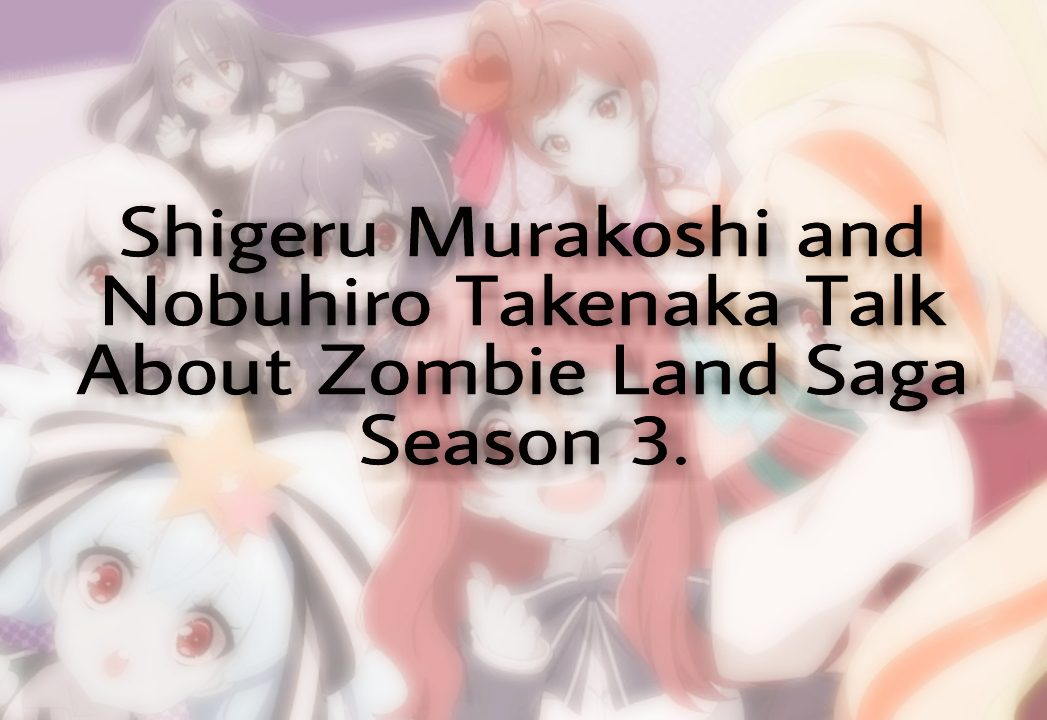 Very rarely do original anime become as popular as Zombie Land Saga became in recent years. In case you thought MAPPA was only good at creating fantasy anime, hold your seats for Zombie Land Saga, one of the cutest horror, CGDCT, and music genre anime you will ever find. The anime came out in 2018 and it was renewed for another season in 2021. After the success of season 1, fans were thrilled to watch it return for more fun and adventurous content. But what do the creators have to say about the show? What about Zombie Land Saga season 3? In Mipon’s exclusive interview with the producer and author of the show, the two revealed several fun facts and behind the scenes details of the anime.

Zombie Land Saga has several scenes set in the Saga Prefecture in Kyushu, Japan. Mipon sets up an interesting interview with the two personalities with several amazing questions. Shigeru Murakoshi (writer) and Nobuhiro Takenaka (producer) make very intriguing remarks about the show as well. Along with these remarks, they also reveal a quick detail about Zombie Land Saga season 3. As fans wait to hear more about the anime, we bring forth the steamiest updates and behind-the-scenes information about it!

“I feel it (Zombie Land Saga) was truly a team effort and not carried entirely by one or two people. If one of us hadn’t been there, I’m not sure we could have found someone equally as good.” – Nobuhiro Takenaka (source: Mipon).

Shigeru Murakoshi is the writer of the show who was contacted by the C.E.O of MAPPA, Manabu Otsuka to work with them in the production of the anime. Zombie Land Saga is a story of the horror and comedy genre. The show has several elements that make it super fun to watch. In their interview with Mipon, Murakoshi and Takenaka reveal several reasons why they chose Saga as the site of the anime. They were assisted by the Saga Government as they scouted for locations. Zombie Land Saga was not a single person’s creation. The entire team pitched in ideas and Murakoshi wrote an amazing script based on all their ideas. In fact, it took him about two years after his joining to complete the script.

Mipon also asked Murakoshi and Takenaka several personal questions, based on their history in the industry. Shigeru Murakoshi started working as a scriptwriter very late in his life. He joined the project after Takenaka. Before his joining the MAPPA had a very vague idea regarding what Zombie Land Saga would be about. The only thing they had decided upon before Murakoshi’s arrival was that the show would be about Zombie idols.

One thing that everyone agreed with was the casting of Mamoru Miyano as Kotaro. They were very confident about him and even claimed that the voice actor brought a unique tone and energy to the character. 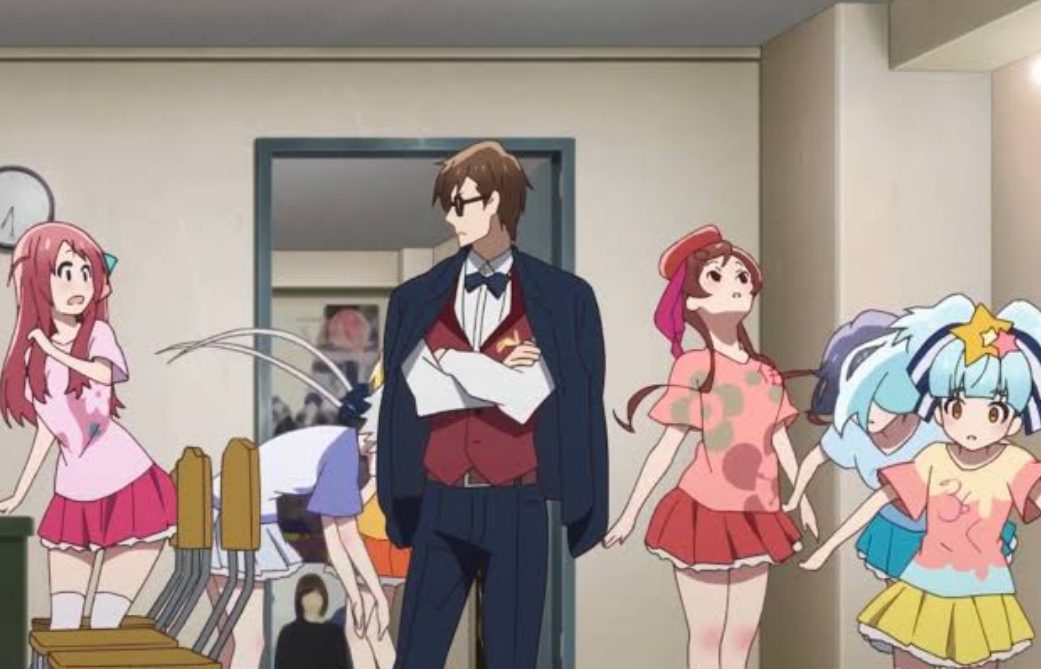 Mamoru Miyano was cast as the voice of Kotaro.

Season 2 of the anime concluded in June 2021. Fans would be happy to know that the Zombie Land Saga is not finished yet. Takenaka says that they haven’t decided if the show has concluded, which means there is every possibility of the show coming back around another season. Mipon further asked the producer about the chances of a third season or even a spin-off. To this, Takenaka simply responded saying that he is focussing only on the second season at the moment. His comments were similar after the end of the first season as well. 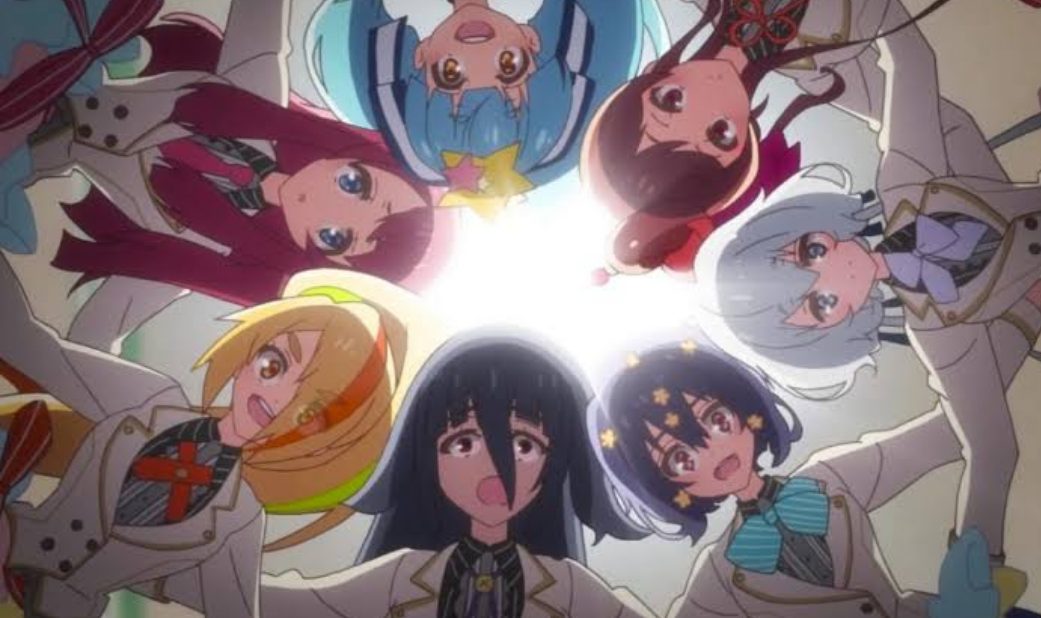 Will Zombie Land Saga return for another season?

Fans need not feel too disappointed. Although there has not been anh confirmation regarding a Zombie Land Saga season 3, Takenaka has not denied the idea completely.

Mipon’s interview with Shigeru Murakoshi and Nobuhiro Takenaka was an exciting run through several informative facts. The two personalities deliver a lot about the series. They also put forward their views about the story and the characters of the anime along with the struggles they faced during its creation.

Zombie Land Saga is an original anime from MAPPA. Avex Pictures and Cygames. The anime is a horror-comedy revolving around seven legendary girls from different eras who have been brought back to life by Kotaro. Now as zombies, the girls team up to form an idol group called Franchouchou! 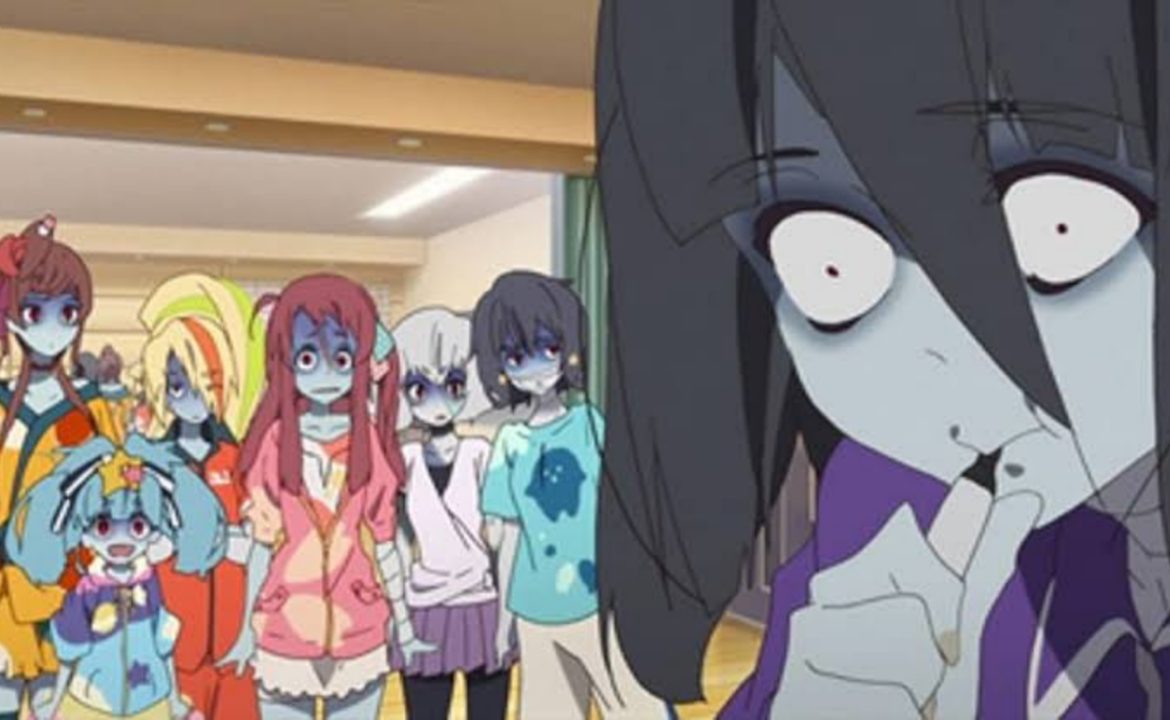