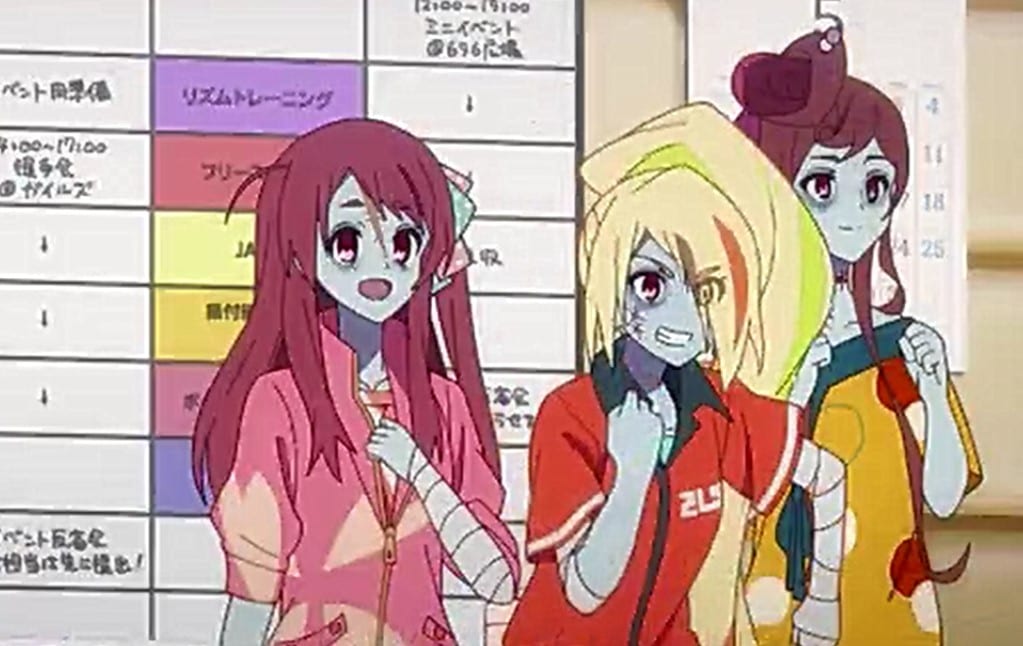 The Zombie girls continue to focus on their dream to become an idol. They also want to restore their fame, trust, and honor to their fans. The episode is titled Pure-Hearted Electric SAGA. The girls are still concealing their true identity to the humans and hide their Zombie being with makeup. The humans think they live with humans, but when they head home, the girls turn back to their Zombie forms. They decided to stay cool and not expose their true identity.

After reuniting with the girls, Kotaro books Franchouchou to perform at the new Saga Arena’s inauguration. They are performing for the opening act for Iron Frill, Ai’s original idol group, to Ai’s chagrin. Kotaro told Ai not to perform since the fans know her, and they might cause chaos after everything that has happened in the past. He is avoiding Ai to be recognized by the fans as the former member of the group. Ai decided to leave the group since she won’t be doing anything.

Later, Ai met with Junko, and they talked about their group. She revealed everything to Junko and told her to handle the group while she is not around. She told Junko that she would be focused on a string of solo acts to help cover the group’s debt. Junko feels that this is a heavy burden, and she fears that they could repeat their previous failure.

Junko struggles to advise the other girls as they find ways to impress the audience. Later, Junko plays a guitar song expressing her feelings in private. Sakura arrives, and she realizes that Junko is struggling. Sakura comfort Junko and the two head out to meet with Ai. They have decided something that they want Ai to help them with.

When they arrive, they saw Ai with Iron Frill’s current lead singer, Shiori. They decided not to interrupt the two, and they heard Shiori telling Ai to join Iron Frill and abandon Franchouchou. Junko and Sakura got shuttered, and they lost self-confidence. The two realize that this is bad news for their group. 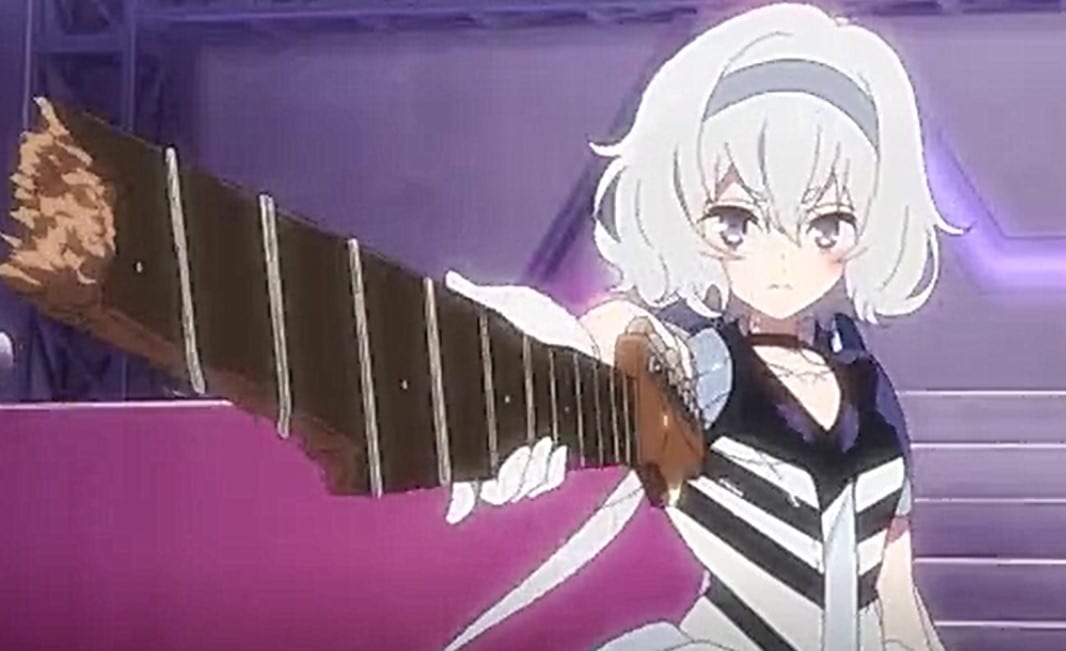 Sakura and Junko decide to hide Ai’s conversation with Shiori from the group. But Junko feels uneasy with fears that Ai will accept Shiori’s offer and abandon Franchouchou. Kotaro notices that something is eating Junko and decides to help her. He loans her his electric guitar her. Kotaro consoled Junko and told her to get rid of her fears by playing an electric guitar. He also told her to feel free and smash through her insecurities. The day of the show arrives, and the girls head out to show their performance.

Junko was afraid when she enters the show, but confidence kick within her. She put on a great show and lead Franchouchou in a successful and steal show. But she ends up breaking getting rid of her fear and insecurities through Kotaro’s guitar. Kotaro got impressed that Junko has found a new resolve. Later, Ai arrives, and she reunites with Franchouchou on stage. She decided to put on a show and perform an encore with them. They use electrified vocal and visual effects from the broken guitar.

Shiori noticed that and decided not to give up and try to convince Ai to join Iron Frill. Junko and the other girls realize that this is their last chance to set things up. They reveal that Ai is a member of Franchouchou. Later the post-tour live interview takes place, and Shiori reveals that Franchouchou is talented and said that they are Iron Frill’s biggest Competition.

The girls continue to work daily to cover the debt. They are happy that Ai is back and Kotaro is working hard without letting the girls down. Junko is relieved that once a show comes again, they will perform as a group, and they won’t be separated. The girls are ready to show another fantastic performance to their fans.