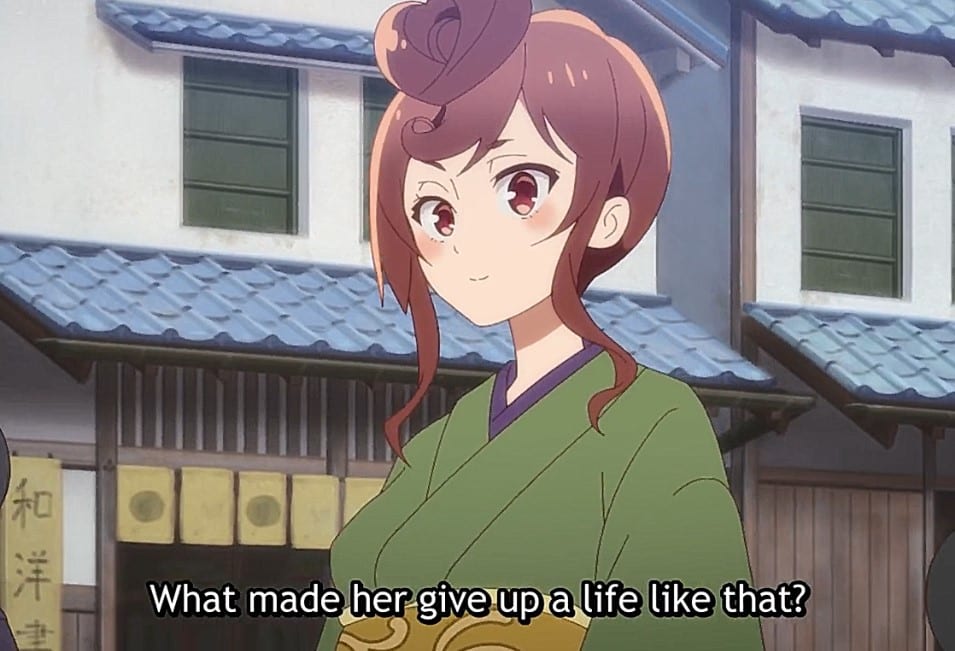 In the morning, the villagers’ council talked about the rising of the Saga. Then, they started arguing whether the Saga should continue. One of the men comments that they need to inspire the people of Saga to rise as one. That man also said that they must team up and get rid of the crooks that have taken control of the country. The third guy comments that it is time for the Samurai of the Saga to step and counterattack their opponent. Yugiri arrives during the meeting, and the villagers’ council decides to continue the discussion later.

Yugiri told Momozaki that he seems to have more comrades now since the villagers’ council supports him. Momozaki gets excited and comments that they are putting a petition now. He shows Yugiri flyers with the villagers’ signatures and asks the prefectural magistrate to bring Saga back. Momozaki also reveals that they will even go around talking to a group of oldies to help them. Yugiri replies that it is the most significant step that Momozaki is taking.

They two continue to plan on how the Saga will return to people. During their conversation, they heard the men inside the house talking about the Saga. One of the men asks how they are going to accomplish anything if they are acting like cowards. The man also said that the cowards are not welcome in the Samurai of Saga. That man also said that the cowards must step out, and if they don’t understand, he will beat some sense into them.

The second man comments that he can take his risk and show them who he is. Momozaki realizes that it’s getting heated inside, and he has to go and calm those men. Momozaki told Yugiri that the men are a little angry and will stop them when he enters the house. He heads back to the house, and Yugiri stayed behind since the culture doesn’t allow men to meet with women.

Survivors of the Saga War 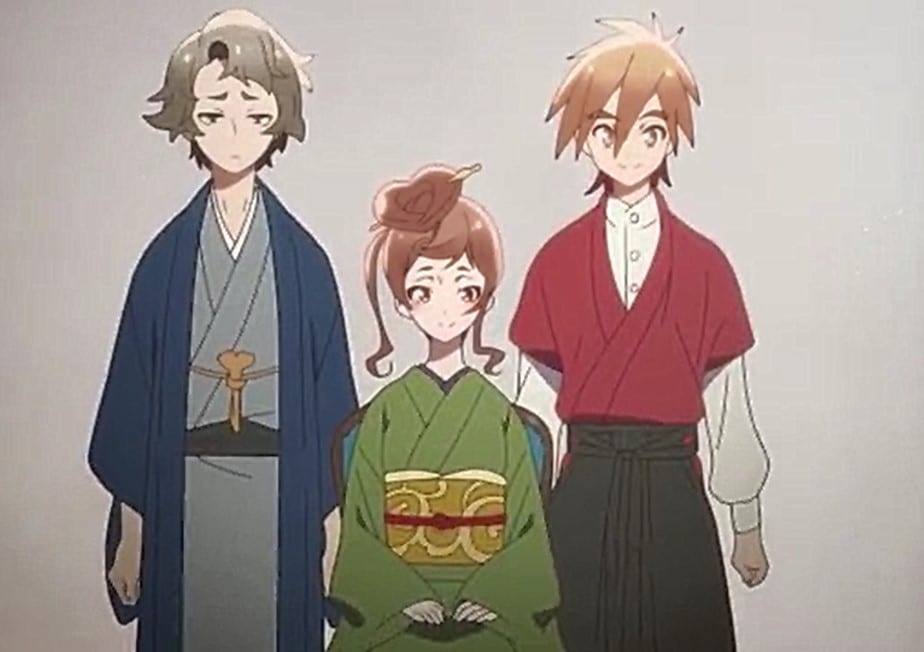 Inside the house, Momozaki tried to stop the chaos. One of the men comments that he is stating the truth.  The next day in the morning, Yugiri, Momozaki, and another guy went to Nakayanagi Photography Studio and took some pictures. Momozaki comments that the image is for free. Yugiri said only a single view of them is enough to attract more customers, and it is part of saving Saga. Yugiri asks the other guy if he has a reason for not taking pictures.

The other guy replies that there is no reason, but he realizes that he is tired of the posters of the returning of the Saga. Momozaki asks the guy if he thinks a picture will steal his soul. That guy gets angry, and Momozaki replies that it is superstition. Mr. Nakayanagi told the boys to stop fighting and hold still so that he can take the pictures. Yugiri comments that it will be a pleasant memory, and Mr. Nkayanagi took the photos of the trio. Later the strange guy asks Momozaki have a little drink with him even though it is early.

Momozaki replies that he is not familiar with the bottle. The villagers arrive, calling out Momozaki’s name. Momozaki realizes that he has to go since that is the crew helping him return the Saga. The strange guy realizes that that crew is an old ruling Saga crew and the survivors of the Saga War. The guy told Yugiri to watch herself. After few months have passed, on 9 May 1883, Saga independent from Nagasaki thanks to an appeal from supporters in the prefecture.