Contreras performs a hostile takeover of the cartel operations because he wants the business all to himself. 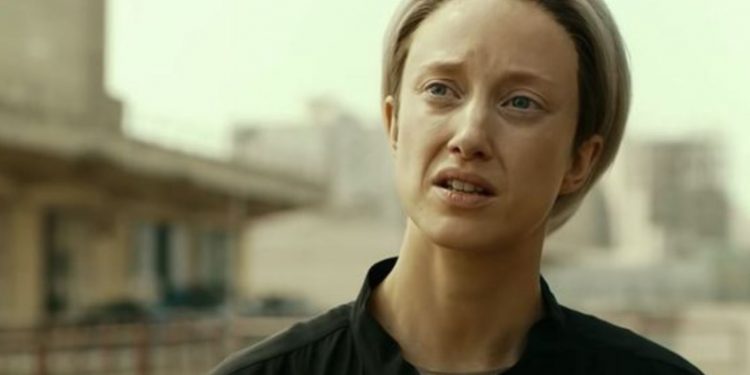 When Roberto Saviano wrote his novel about the global cocaine trade, he never imagined that Stefano Sollima would pick it up to make a masterpiece like ZeroZeroZero. A series that rivals Netflix’s Narcos in its depth. Right after it dropped on Now TV, the questions arose instantaneously: Is ZeroZeroZero season 2 happening? The global drug trade is a reality we can’t avoid. And this series depicts it in a very special manner.

ZeroZeroZero gives us a perspective into the key players involved in the global cocaine trade: We have the story of those who buy the white powder in bulk. Furthermore, we have the story of the corrupt police forces in charge of fighting the producers in Central America. Additionally, we see how the middlemen engage in their deals as they bribe their way and make millions in the process.

ZeroZeroZero season 2 isn’t happening. The series director Stefano Sollima confirmed it: “ZeroZeroZero is a mini-series”. In consequence, it’s a standalone season of eight chapters of one-hour run time. The stories end with chapter eight. The reasons behind Sollima’s decision to leave ZeroZeroZero at just one installment are simple: There are just too many cocaine stories out there. And he’s frankly right: Just imagine competing with Narcos, El Patrón del Mal, Alias J.J., Breaking Bad, and so many others.

Where to Watch ZeroZeroZero?

If you want to watch ZeroZeroZero, you have a few options depending on where you’re located on the planet. Firstly, the most accessible one is Amazon Prime Video. This platform has nearly global access and is very simple to subscribe to. Secondly, you can watch ZeroZeroZero on Sky Atlantic. Thirdly, you can watch this Italian production on Canal+. Lastly, the show is available on Now TV.

It all starts with a large cocaine shipment on its way from Mexico to Italy. In essence, that’s the story that, in just eight hours. ZeroZeroZero tells through the lens of Sollima. We see three groups of stakeholders involved. In Mexico, we have the Cartels, and they’re in cahoots with the Armed Forces. Manuel Contreras (played by Harold Torres) goes berserk. Contreras performs a hostile takeover of the cartel operations because he wants the business all to himself.

In the Old Country —Italy— we have the dreaded ‘Ndrangheta Calabrese mob. Where Stefano La Piana (played by Giuseppe de Domenico) isn’t happy with the current organigram. Consequently, he plots another hostile takeover of the mafia organization against his own grandfather. These are the buyers. And the ones that move the cocaine from point A to point B are a New Orleans-based family, the Lynwood clan.

While Manuel Contreras takes over the Leyra Cartel with his corrupt elite forces, they shoot Edward Lynwood. The patriarch of the New Orleans clan is badly wounded. The Americans have a big debt because they bought a cargo ship on credit in hopes that the ‘Ndrangheta boss would pay them. What they don’t know is that the Italian mafia boss is about to be double-crossed by his grandson and fed to a bunch of pigs. But the Don survives.

A sudden change of plans

Edward Lynwood dies in the arms of his daughter Emma. She later convinces his brother Chris to join the family business. Meanwhile, in Italy, Stefano, the doublecrossing grandson, tells Emma that the money for the cargo ship is a no-go. But Emma tells the mobster that the deal is on, and they’re shipping the cocaine cargo. Meanwhile, Army Commander Contreras coopts the Leyra Cartel and tracks down the ship with the cargo diverting it.

It turns out that Chris was on the cargo ship as a guarantee of delivery. But Stefano bribed the Captain to betray the Lynwood family. The ship’s crew knocks down Chris Lynwood. But he manages to get the ship all the way to Senegal. After dealing with some nasty customs officers from Senegal, Chris tries to get the ship to move from Dakar to Morocco. He meets his sister in Senegal with a fixer. And through a lot of perilous hoops, they put the drugs in some trucks which they must move through the desert.

Dealing with Islamic Fundamentalists with Truckload of Blow

As Chris and Emma move the blow on trucks through the Sahara desert, they are intercepted by Jihadists who demand 100 kilos of cocaine as safe passage. They acquiesce to their demands but find themselves in a heap of trouble. Firstly, the Jihadis kidnap Chris. After that, they hurt Omar. Later on, there was a French drone strike upon the Jihadis that snatched Chris, and he barely made it out alive.

Meanwhile, in Mexico, Contreras rounds up child soldiers, coopts rival drug lords, and organizes a brutal carnage, only to inspire fear in his rivals. Not only does Manuel Contreras break every honor rule that the Mexican drug lords have. He also starts to court and dates the women of his rivals. As his power grows, so do his excesses, which eventually will catch up to him.

In Italy, the fallout from a hostile takeover of a Don spreads like radioactive fire through the crime rings. With the Don out, Stefano kidnaps, extorts, and takes over the rackets that compose the mafia activities. After that, he flies to Morocco to check upon the cocaine shipment. In Casablanca, the Italians kidnap the daughter of the Moroccan in charge of fixing everything for the Americans. After that, they beat up Chris, who stalled the Italians long enough for another cargo ship to depart the Moroccan port bound for Italy.

Emma discovers that the daughter of the Moroccan fixer is badly beaten up, and his brother is dead. She decided to take a flight to Calabria and talk to the Don, who was in a bit of a power struggle. Despite Stefano taking over some activities, an old mobster is still an old mobster. And he had loyal men to his service. Emma explains to the Don what happened and what Stefano did, trying to stop the cocaine shipment.

The Don vs Stefano

When Stefano arrives in Calabria, he finds himself surrounded by the Don and his men. The Don kills Stefano and his henchmen. Moreover, the Don frees the people that Stefano had in ransom. Emma gives the Don the cocaine, and the deal is settled. After that, she flies to Mexico, where a carnage takes place. Manuel had slaughtered the Leyras and their associates at a birthday party. Emma arrives at the right time to see the brutal murders.

The henchmen at the service of Contreras escort Emma through the bodies all the way to new Capo. Manuel Contreras greets Emma. She hands over US$ 32 million in cash and asks if Contreras can deliver two tons of blow for another cocaine run. Happy with the negotiation, Manuel Contreras says yes, and Emma leaves the place. And the series concludes.

The crude reality of the drug trade is that stories like the one that ZeroZeroZero brings to the screen are an everyday thing. Police and military corruption, as well as Mafias, compete for power and legitimate business fronts that serve as brokers for a multi-million dollar industry that goes at great lengths to ship a product from point A to point B. Regardless of the human cost or the morality of the problem.

Manuel Contreras’ character serves as a clear example of how Cartels infiltrate failed state bureaucracies and frail institutions like the Mexican government. While he’s a fictitious character, it’s pretty obvious that Roberto Saviano might’ve taken some inspiration from Osiel Cárdenas Guillén, the founder of the dreaded “Los Zetas” cartel. A group of former police and special ops men deserted law enforcement to delve into the drug trade.

An Italian mafia is a well-represented group, while romanticized in some other films, in this production, they’re shown with the brutality which characterizes them. Greed, money, and thirst for power. If Stefano hadn’t planned that hostile takeover and kept his mouth shut. Stuck with the mafia code, he would’ve made a lot of money with his grandfather Don.

The Lynwood clan took a severe loss in ZeroZeroZero. Emma lost her father and a brother in the drug trade. But the profits are good. In the real world, many corrupt companies are willing to risk life and limb to launder and facilitate the transportation of narcotics from point A to point B. And they do so while bribing and co-opting public officers. All these three groups interweave and overlap each other in an industry that law enforcement has a difficult time trying to dismantle while the demand for the banned product continues on the rise.

Also Read: Everything We Know About ‘Little Fires Everywhere’ Season 2