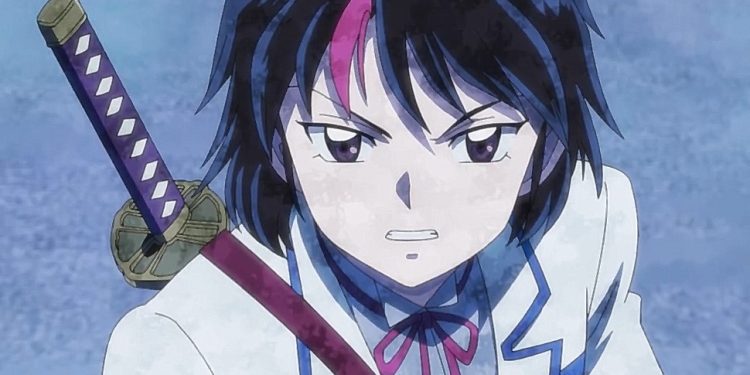 Yashahime: Princess Half-Demon – The Second Act Episode 12 reveals Beautiful Demon Zero and Lord Nanahoshi vs. Halfprincess Demon Towa. Bounty Hunter Moroha, Hachiemon, and Takechio have arrived at the top of Tower of the Full Moon Raccon Dog to stop Shogen from becoming the leader of Raccoon Dog. Beautiful Demon Zero and Lord Nanahoshi have summoned Towa to their location. Zero is glad that it is the Full Moon, and Towa has become powerless. In the recent episode of Yashahime: Princess-Half-Demon – The Second Act, Lord Sesshomaru, and Jaken arrive at the World Tree to check how Rin is doing.

Rin opens her eyes within the barrier and notices that her husband is behind her. She told Lord Sesshomaru that she wanted to see Towa and Setsuna. Jaken and Lord Sesshomaru head out, and Jaken notices a Full Moon. He knows that Towa and Setsuna have become powerless due to the Full Moon. Demon Slayer: Setsuna is sleeping, and the Snow Demons: Snow Beasts try to take her out. The leader of Snow Demons: Snow Beast, Yukiyundo, arrives at the village and decides to settle the scores with Sesshomarus’s daughter.

The Raccoon Dog told Shogen that they would not disappoint him. Shogen realizes that they will be holding Lord Kikunosuke’s coming-of-age ceremony, and he must not see any intruders. Shogen enters the building, and the Raccoons think he is good. But they were surprised to see another Shogen arriving with Moroha and revealing that he had captured the culprit. Shogen reveals that Moroha’s companion Hachiemon escaped. The Raccoons wonders if the Shogen that entered the house is Hachieomon is trying to fool them. Shogen scolds them that they let the enemy enter the house.

Moroha says that Raccoon Dogs Demons can’t see even see-through transformation. They warn the guards that the intruder has invaded the castle. The adds that the intruder has disguised himself as Sir Shogen. The Raccoon Dog finds the drunken Shogen and begins to beat him. Shogen wonders why those fools are beating him. Moroha and Hacheiomon enter the castle, and Moroha says their plan worked. The Raccoons think that they are beating Hacheiomon instead of Shogen. Hachiemon and Moroha meet with Kikunosuke, who realizes that the two escaped from the dungeon.

They talked about Takechio, and Kikunosuke realized that she was missing Takechiyo. Moroha told her not to worry since Takechio was handling other matters. The Racoon learns that they were beating their mater Shogen and apologizes. Shogen confronted Moroha and decided to take her down. The leader of Snow Demon Yukiyundo got defeated by Kohaku and Husui. Shogen and Moroha took the battle to the forest and settled the score. Moroha uses Crimson Dragon Wave-Crimsodn Blackslash Wave to defeat Shogen. Takechiyo told Kikunosuke that she was the head of the Mamidaira Clan. Setsuna wakes up in the morning.

Also Read: Will Vampire Hunter Ronaldo Defeat Vampire Lover and Lewd In The Vampire Dies in No Time Episode 12?.

Will Bruno Bucciarati Die in JoJo?