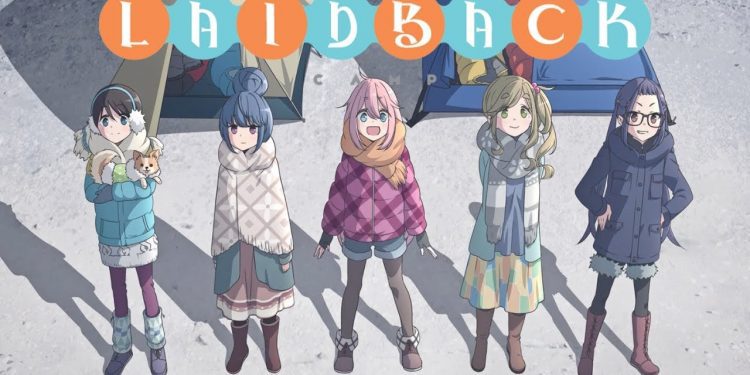 With a New Year, we also would be getting some new anime. This year we will be getting an anime film adaptation by C-Station studio, which is based on Yuru Camp. This anime has gained a reputation for being a comforting anime with warm themes. An alternative name for it is “Laid-Back Camp” and lives up to its name of being a laid-back anime.

Yuru Camp is an ongoing manga created by Afro that started in the year 2015. The manga has an anime adaptation by C-Station Studio, which aired its first episode on January 4th, 2018. It tells us the story of a girl named Rin who loves camping alone. However, things change when she comes across another girl named Nadeshiko Kagamihara. The anime then creates a warm environment as the two girls enjoy ramen and conversing by the campfire. They then decide to camp together someday. As the story goes on, these girls befriend other girls and continue to show us their love for camping.

The anime consists of 2 seasons along with 2 OVAs and a mini-series. The first season of the anime consists of 12 episodes that have received a lot of love from many fans. After the first season, an OVA was released, which consisted of 3 episodes that were for 8 minutes each. C-Station Studio then released a mini-series called ‘Room Camp’or ‘Heya Camp’. This has 12 episodes, with each episode lasting for about 3 minutes and a special episode with the same name that was for 10 minutes.

Yuru Camp came back with a second season on January 7th, 2021. This season consisted of 13 episodes. After season 2 ended, an OVA was released with 2 five minutes episodes. The production team is soon coming up with a movie for the franchise, and to know more about it, read on!

In 2018, the production team of Yuru Camp revealed that they plan to release many forms of media related to the anime along with a second season. However, nothing much was revealed after this. In 2021, the team again released some concept art. Since it was released on April 1st, some fans speculated it to be an April Fool’s Day Prank. Again, the production team did not say much about the anime. But on January 6th, 2022, they finally gave us an announcement.

Yuru Camp released an advertisement with glimpses of the girls in their daily lives as campers. Although the clip lasts for about 30 seconds, it leaves us with a fuzzy feeling of excitement. The visuals of the advertisements are soft and give off a happy vibe. Speaking of visuals, one-shot visual teasers of the characters would be released too. These visual teasers will serve promotion purposes. The very first visual teaser was released some days ago.

What can you expect from the film?

When the concept art was released on April 1, 2021, it implied a time skip. Thus, fans suspected that the anime film adaptation would include a time-skip. However, since we do not have an official trailer yet, we can’t really tell. What we do know is that the production team will remain the same as it was for the anime adaptation, with the director being Yoshiaki Kyougoku.

As for the characters, they will have the same voice actors (Seiyu). The main character, Nadeshiko, is voiced by Yumiri Hanamori, and the second protagonist, Rin, is voiced by Nao Touyama. Along with them, we have the characters Aoi Inuyama, Chiaki Oogaki, and Ena Saitou as a part of their camping group. These characters are voiced by Aki Toyosaki, Hayuri Sara, and Rie Takahashi, respectively. Since the cast, as well as the production team of the film, remains the same as the anime, the movie will definitely be a heart-warming one.

As I mentioned previously, the anime serves a comforting purpose, and so the Summer of 2022 will indeed be a warm one as the movie will come out around this time. As of now, we do not know the exact date, but this, along with the trailer and new visual teasers, is the thing we can look forward to. Till then, you can watch the anime on Crunchyroll.

10 Anime With A Good Start But A Bad Ending