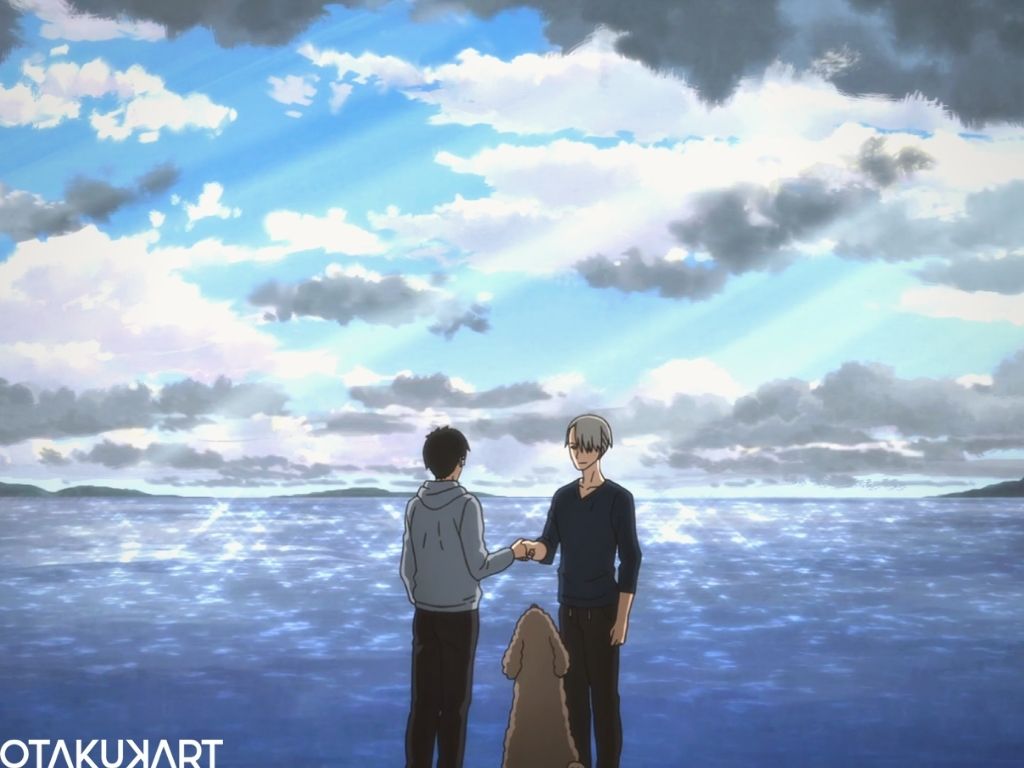 Yuri!! On Ice is one of those sports anime that no one regretted watching it. Released on 5 October 2016, the Japanese television series, about figure skating, has already been missed after it ended its first season with only 12 episodes. The sports anime series is produced by MAPPA studio and who will also be producing the upcoming movie ‘Yuri!!! On Ice the movie- Ice Adolescence.’ Directed by Sayo Yamamoto, the series is written by Mitsurou Kubo. The figure skating in Yuri!! On Ice is choreographed by Kenji Miyamoto and the music is by Taro Umebayashi and Taku Matsushiba. The series’ theme songs are incredible and motivating in themselves; the opening theme ‘History Maker’ is by Dean Fujioka and the ending theme is by Wataru Hatano ‘You Only Live Twice.’

After waiting for years, there was still no news of the renewal of the anime series Yuri!! On Ice. However, recently there has been an uproar regarding the upcoming movie of the series and if there will be a season 2 in near future. The trailer of the ‘said-to-release-soon’ movie and when will it be released are all messed up. Some say only the trailer is out and no release date has been announced as of yet, whereas others say that a second season will soon be out. Keeping the details in mind, here are some specified details that have been known to date.

Season 1 ended with no cliffhanger whatsoever. However, it was unsatisfactory. Why? Because the fans did not get to witness Viktor’s comeback which he promised to Yuri Katsuki. To get the plot straight, the anime series Yuri!! On Ice is about the figure skater, Yuri Katsuki, who almost tried to give up and retire from his ice skating career. After his defeat at the ISU Grand Prix Final in Sochi, Russia, Yuri was too depressed to try for the next year. In stress, he did a free skate program by his idol, Viktor Nikiforov, in a nearby ice rin. His childhood friend’s, Yuuko Nishigori’s triplets (Axel, Lutz and Loop Nishigori) uploaded the video of Yuri which became popular in an instant. Dying out of embarrassment, Yuri couldn’t handle his popularity in a weird way. However, who knew that Viktor would come by himself to Yuri’s spring and want to train Yuri as his coach? 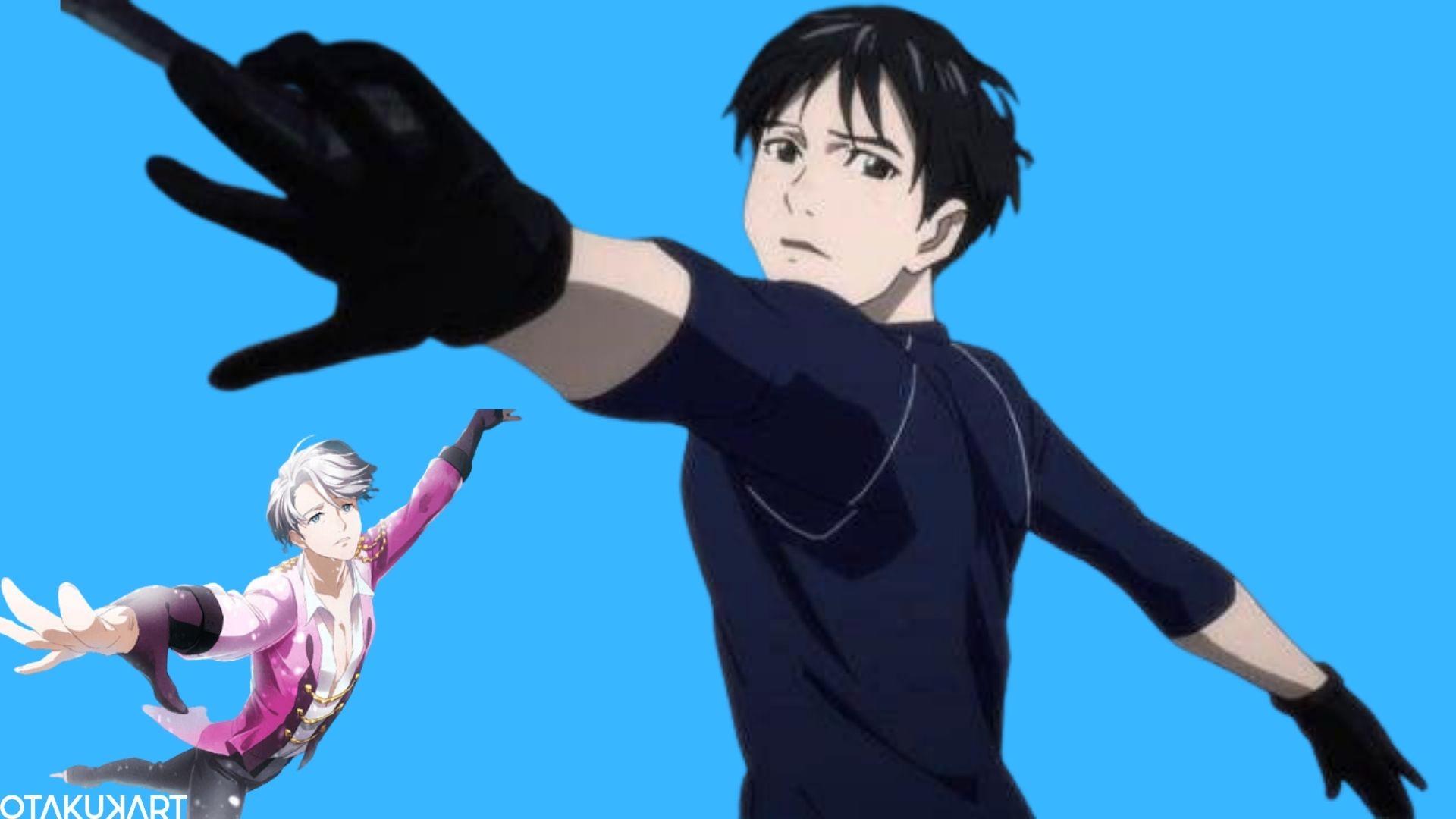 Bewildered, everyone who knew Viktor and Yuri, including Viktor’s coach, was too surprised to even argue this logic. Because Viktor wanted to train instead of being trained, for years, he made this calculated impulsive decision. Regardless, neither Viktor nor Yuri regretted it once. There were instances though, where Yuri had burdened himself thinking he was a burden on Viktor and that Viktor’s comeback is being delayed because he is keeping him at a halt; but all well that ends well. Yuri couldn’t bring Viktor gold for him to kiss, but he did win the competition (silver medalist) along with Yuri Plisetsky (gold medalist).

And at the end of the season, Viktor announces his comeback, which has still not come through. Fans were waiting for days, then months, and now it has been years. “When is the second season coming out?” is the most asked question. But, we have a movie to consider even before thinking about season 2. So, when will it be? Will there be a season 2 at all? What does MAPPA have to say regarding this? And when will the movie come out, whose due has long passed?

“There’s a first for everything.” The official trailer for the movie Yuri!! On Ice was released years ago. (The trailer is still a trailer, that is.) Based on the story by Mitsurou Kubo and Sayo Yamamoto, the movie is directed by Sayo Yamamoto. The movie will mostly focus on Viktor’s ice-skating years. At the age of 17, he started his career only to be loved by all. Moreover, the title of the movie ‘Ice Adolescence’ implies that the characters set in the movie will be in their teens. Even in the last episode of the first season, Viktor asks Yuri Katsuki to keep going because he will be making a full comeback. Not only Yuri but even the fans were happy to hear that.

However, seems that happiness is still paused at that moment itself because the release date of the movie is yet to release. Is there, however a confirmed date as the movie’s release date?

Yuri!! On Ice the Movie- When is it coming out?

Regrettably, the movie’s date is yet to be released. The official page of Yuri!! On Ice has apologized for the delay and has assured the fans that they are doing their best to produce the movie. So, there’s a possibility that the movie will soon be out this year or the coming year in 2023. However, since there has not been any official news so far, this possibility has turned out to be a probability.

“YURI!! On ICE the movie: ICE ADOLESCENCE” was at first scheduled to release in the year 2019 itself. However, MAPPA apologizing for delaying the movie, for the reason ‘to scale up the content’ has turned its back on the fans. Promising that the entire staff will pull this out perfectly and fruitfully, MAPPA is yet to announce their fruition. In the year 2020, MAPPA announced a statement in a Twitter thread, stating how it hasn’t yet decided a date that they find appropriate to release the movie. The movie date is unsure of, but what about a season2? Will there be one?

What will be the plot for Yuri!! On Ice Season 2?

After the series rose to popularity within days of its episodes release, a special episode of Yuri Plisetsky’s  ‘Yuri!!! on Ice: Yuri Plisetsky GPF in Barcelona EX – Welcome to The Madness’ was released. The fact that it gives a hint of a second season and still doesn’t irritates fans. The second season for Yuri!! On Ice may surely include all the characters from season one and additional in season 2. However, the story of what season 2 will convey, is still unknown.

Viktor making his full comeback and standing as a rival of Yuri Katsuki can be one that season 2 may include. Also, Yuri Plisetsky and Otabek’s relationship development can be another scene that season 2 may include. Viktor and Yuri’s relationship developing in an anticipated way and their figure skating world revolving in and around each other is another possibility. There may also be additional characters that may be introduced in the second season. These are the only assumptions that can be made from each trailer and from the last scene of the last episode of season 1.

When will Season 2 of Yuri!! On Ice release?

The release date for the second season has not been announced yet. The confirmation for a second season has yet to be confirmed by the official site of the series. However, the optimism of all the fans has made them believe that season 2 will soon be coming out. Either in 2022 or 2023, the 2nd season may come out or even maybe be announced for a renewal. 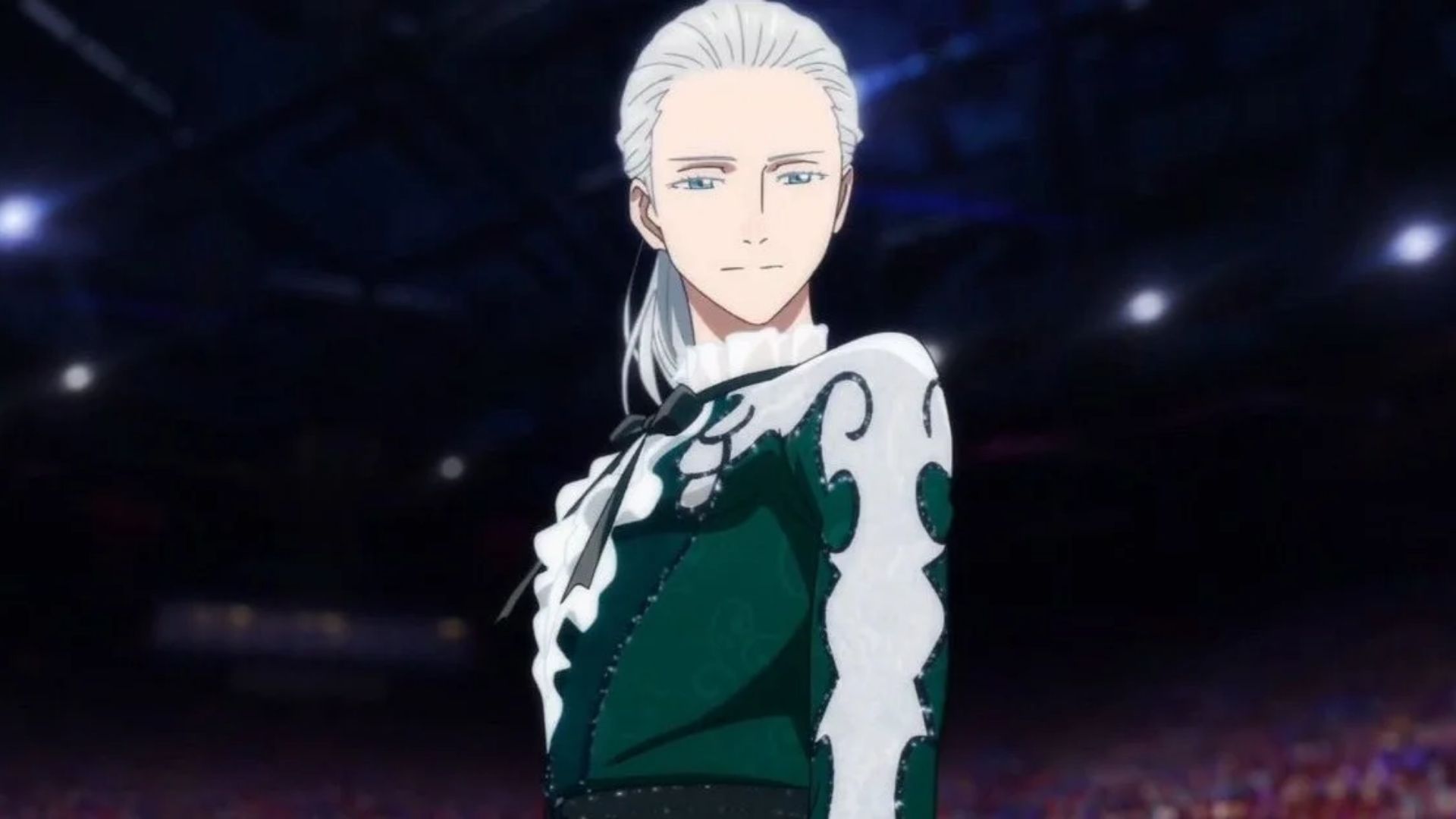 What do the fans have to say about the delay?

No matter how you look at it, MAPPA has been delaying the release date even for the movie. And knowing this series’ foul luck, even if MAPPA releases a teaser for a second season, they wouldn’t be able to announce the date though. Apart from the fact that MAPPA studio has been delaying the series, fans also understand that hurrying the creators won’t get them anywhere. Instead, fans are also aware of every staffs’ hard work and are patiently waiting for the movie and the release date.

Because the series has been so good to forget about the years of delay, many new fans are also saluting the ones who watched this show at the time of this release. The reason? Because those fans are able to wait for years and still haven’t left the Yuri!! On Ice fandom. One fan even said that the fandom hasn’t died yet, but are instead on hibernation. 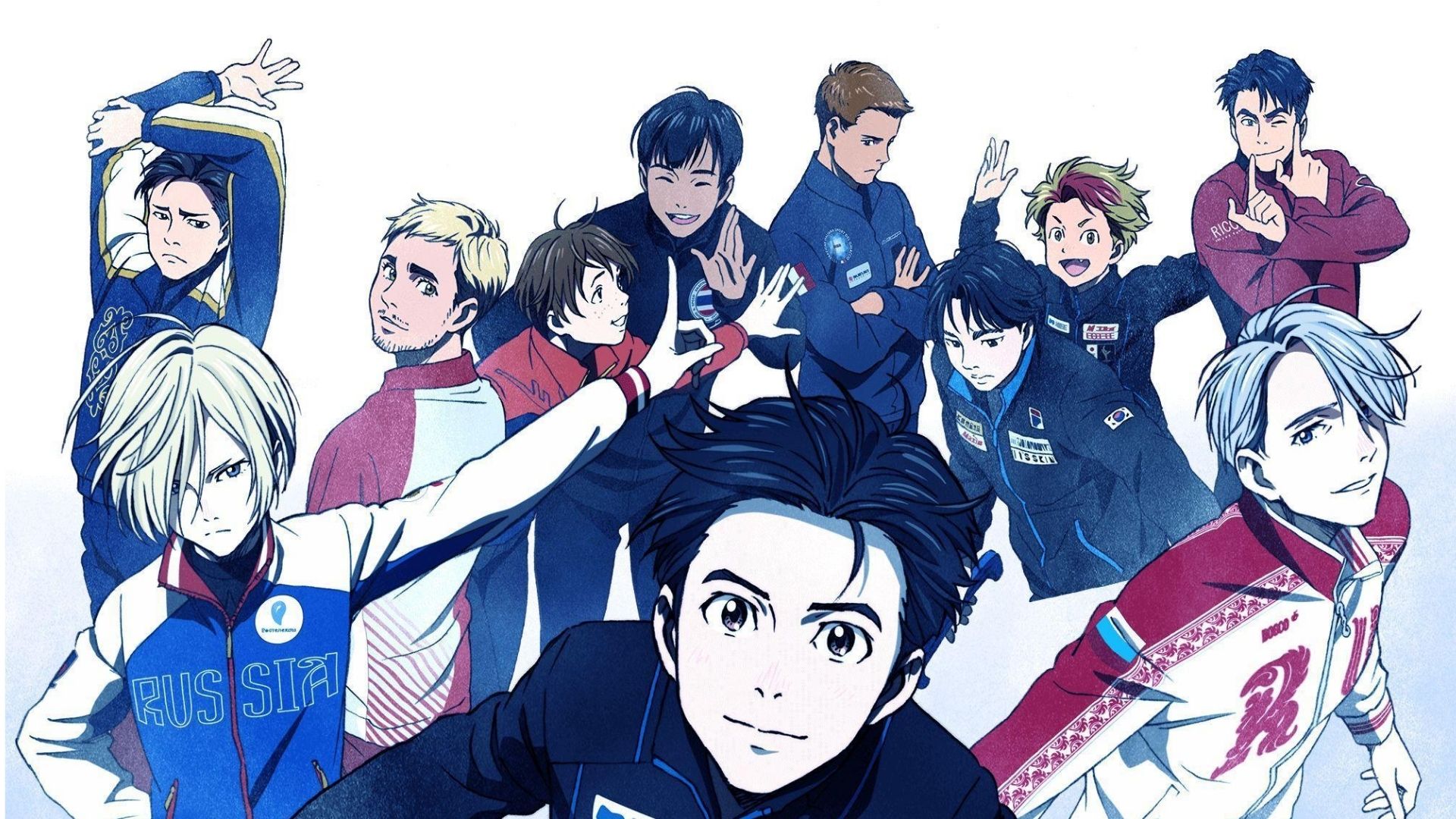 Hoping that this year MAPPA announces any news about the series, fans still love the show wholeheartedly.