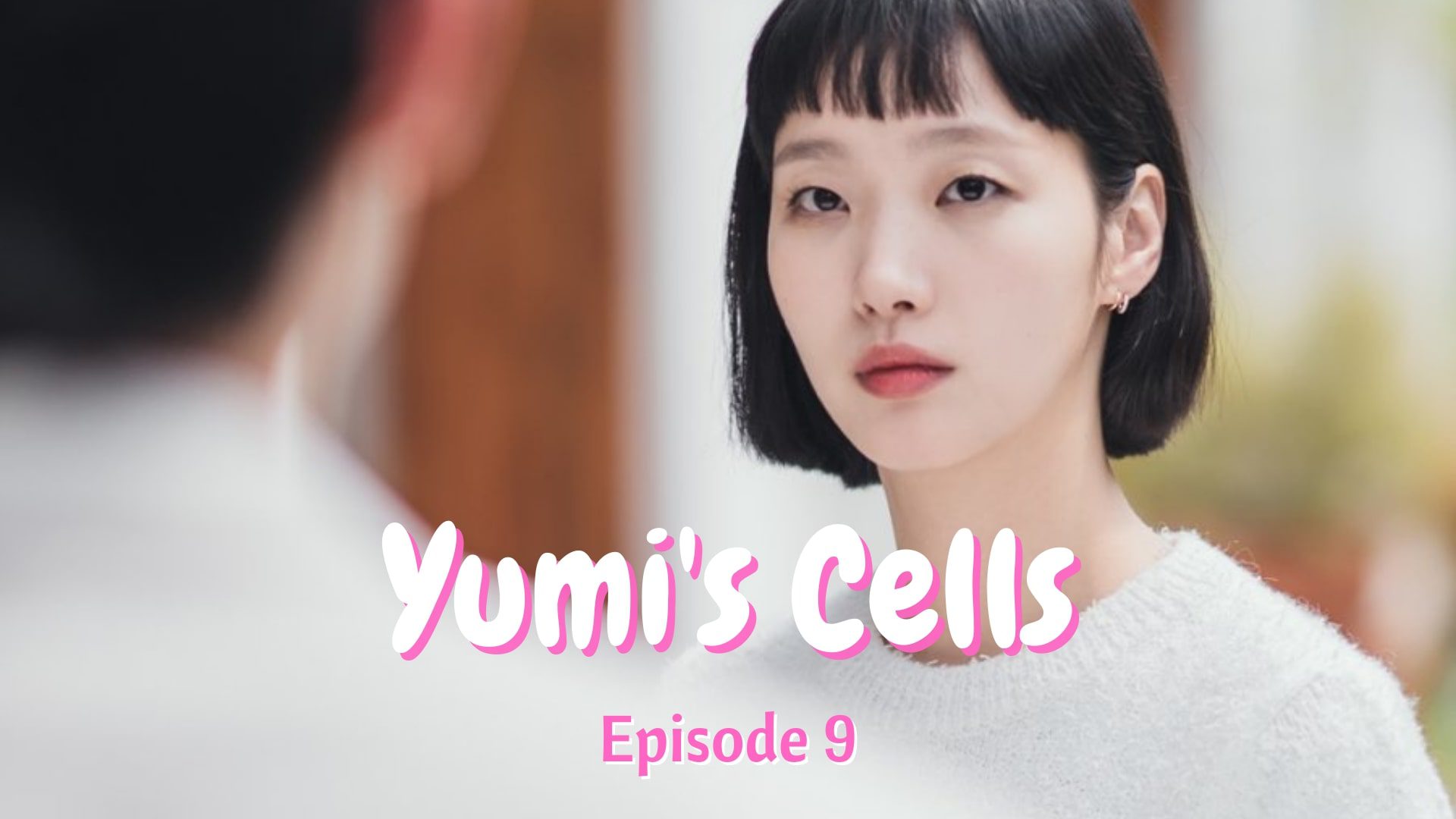 An emotional roller coaster ride is waiting for viewers in Yumi’s Cells Episode 9! Finally, a huge twist is going to happen in the upcoming episode. The previous episodes of Yumi’s Cells have given so many bubbly romantic scenes, and now, it is time for some tear-jerking episodes! Woong and Yumi’s relationship seems to take the worst turn after Sae Yi’s wicked scheme. It shows that after knowing Woong may marry Yumi, Sae Yi could not control her emotions and moved to Woong’s building. However, Woong hides this fact from Yumi, knowing it will trouble her more. But what he does not know is that it will create a bigger problem, and he could lose Yumi.

The last episode also introduces a new character named Yoo Bobby, who works at the same office as Yumi. Initially, their interactions look natural and friendly. However, he appears to have a different idea after meeting Yumi. Bobby has a girlfriend. His relationship is going through a rough time because his girlfriend does not have time for him. Maybe because of this, Bobby is getting closer to Yumi. The episode also shows numerous new Cells such as Gaurd Cells, Male Reconnaissance Squad Cells, Dream Cell, Cooking Cell, Seen It Somewhere Cell, etc. With Sae Yi’s scheme and Bobby’s entry, a new twist will happen in Yumi’s Cells Episode 9.

Ep 8 of Yumi’s Cells begins with a future time scene. It shows 40 years later in the future. It means Yumi is now 72 years old. Library Cell gives a quick tour to the little Cells around Yumi’s Encyclopedia. There we get to see a small glimpse of Yumi’s Husband. Later the story returns to the present time where Woong finds Yumi uttering wedding lies to her ex-boyfriend, Ji Ugi. However, he acts along with her to get her out of the embarrassing situation. Finally, Woong meets Yumi’s friends, and they all praise him, making Yumi dance in delight. Due to the upcoming marathon and busy schedule, Yumi and Woong could not meet often. 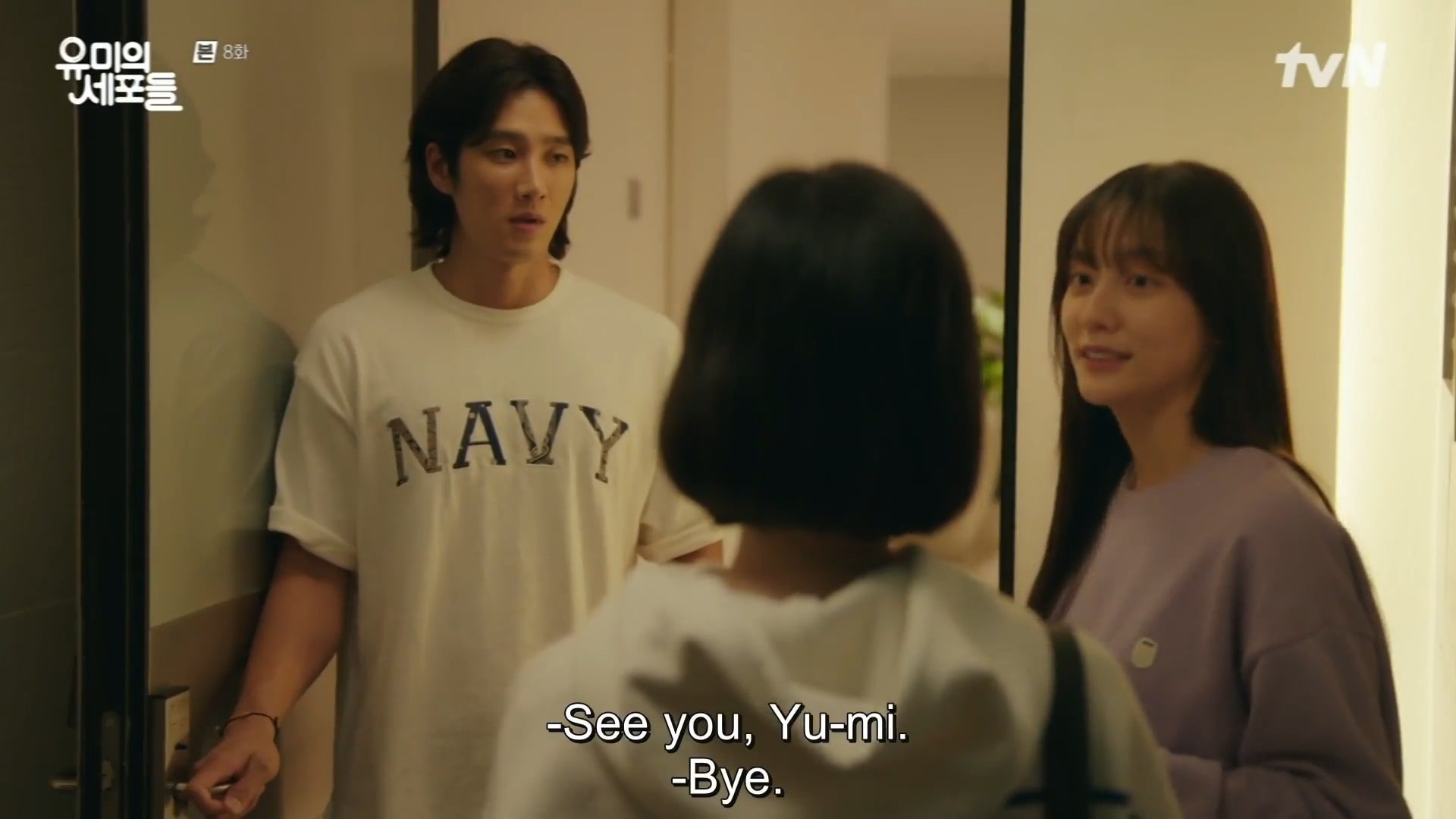 Meanwhile, Sae Yi moves into Woong’s apartment building after knowing he may marry Yumi. However, Woong does not share this news with Yumi. While both busy in their respective lives, Yumi encounters a new colleague, Yoo Bobby. Their coincident meetings happen too often, which makes Yumi suspicious of his behavior. But it turns out Bobby has a girlfriend. However, his situation is similar to Yumi’s as both feel more lonely since their partners are busy due to work. To surprise Woong, Yumi visits his place at midnight only to discover Sae Yi has been living in the same building since a month ago. The heart-wrenching scene clearly shows how much it has hurt Yumi, knowing Woong hides Sae Yi’s moving thing. Therefore, Yumi’s Cell Episode 9 will be an emotional ride with something worst coming in Yumi’s life.

Yumi’s Cells Episode 9 will be released on 15 October 2021 at 10.50 pm KST on tvN. The drama will take a new turn in the upcoming episode with the entry of a new character. What will be Yoo Bobby’s role is only time will tell. Since Yumi’s Cells is scheduled for 14 episodes, we will see how Woong and Yumi handle their relationship. Only the last six episodes remain, but the story is taking a new interesting turn. According to sources, Yumi’s Cells will have multiple seasons. Fans are looking forward to seeing how the love story will progress. Every new episode of Yumi’s Cells Korean drama drops on Friday and Saturday on tvN.

Those living in South Korea can watch Yumi’s Cells Ep 9 on tvN channel at 10.50 pm KST. It is also available on TVING, an online streaming platform. International fans can also watch Yumi’s Cells on iQIYI and Viki. However, iQIYI is streaming only in a few selected regions.

What To Expect In Ep 9 Of Yumi’s Cells?

The storyline will change for a new angle in Yumi’s Cell Episode 9. Ep 9 trailer is already out! From the preview, it seems Yumi and Woong will have to face a huge obstacle named Sae Yi. The previous episode shows how Sae Yi creates misunderstandings between the two. However, Woong is partly blamed for it. Now, seeing Sae Yi and Woong together, what will Yumi choose? The trailer shows Yumi has understood she can not keep Sae Yi out of Woong’s life, but she can choose to stay with him or leave him. It seems they will break up in the upcoming episode. Nothing is certain yet. Also, Bobby appears to have a different purpose. He keeps meeting Yumi coincidently. Are those coincidences? Or Does he have want something else from Yumi? To know more about how Yumi and Woong’s relationship turn, watch Yumi’s Cells Ep 9.