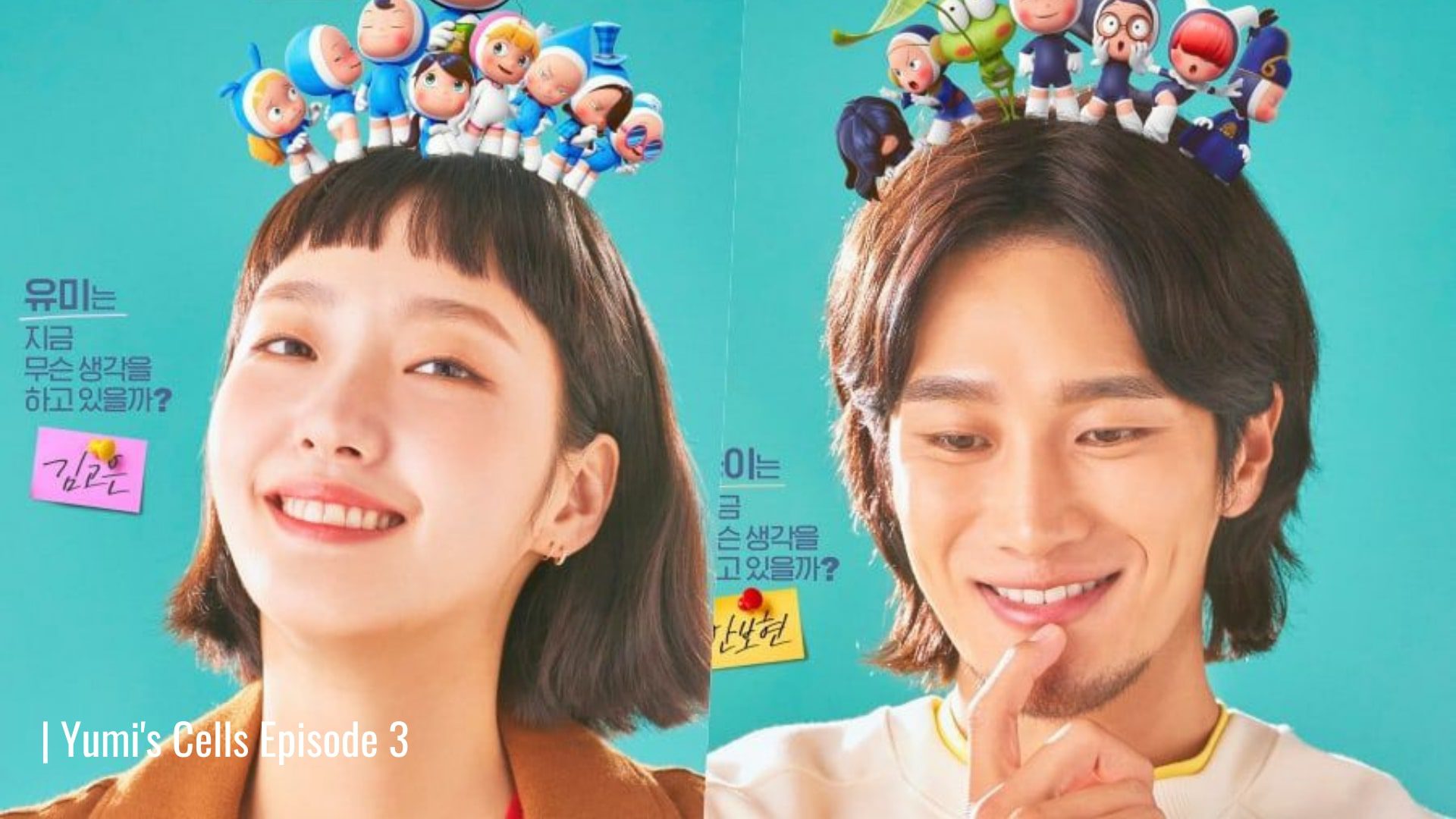 Yumi’s Cells Episode 3 is coming this week! The South Korean drama Yumi’s Cells capturing viewers’ hearts with the refreshing cast, lovely Cells, and light romance-comedy plot. The first two episodes are already out. In the first episode, we were introduced to our female lead Kim Yumi and her love life. The second episode welcomed our male lead Goo Woong and his love life. Both of their Cells seem to have a difficult time as their love lives seemed to be doomed already. However, the two have finally crossed the path, will the love blossom now?

The second episode of Yumi’s Cells showed how every Cells were helping Yumi with her date. Finally, her Love Cell has come back, but things did not go as planned. First, because of Ruby, her date was almost ruined, and then there was Ugi, who revealed that he wanted to set up Yumi with his Hyung. That shocked her, shattering her heart into pieces and thus leading to another flood in Yumi’s Cells Town. Her Love Cell and Deep Feeling Cell are stranded on an island.

Eventually, she agreed to go on the blind date, who turned out our main male lead, Goo Woong. He fell in love at first sight with Yumi, and his mind went blank. His Cells did everything to get him back on track. But Yumi’s Cells seemed not to like him. How will the two end up when the one is head over heel while the other is ready on the heel to run away?

What Happened In The Previous Episode 2 Of Yumi’s Cells?

Episode 2 begins from where the first episode ended. Yumi and Ugi decide to go to the flower festival together. Here we are introduced to a new cell, Fashion Cell. Fashion Cell helps Yumi to dress up for her date. All of her Cells seem to celebrate her happiness. However, her date almost gets ruined when Yumi sees Ruby at the flower festival destination. At that crucial moment, Yumi runs as if her life depends on it to save her long-awaited date. 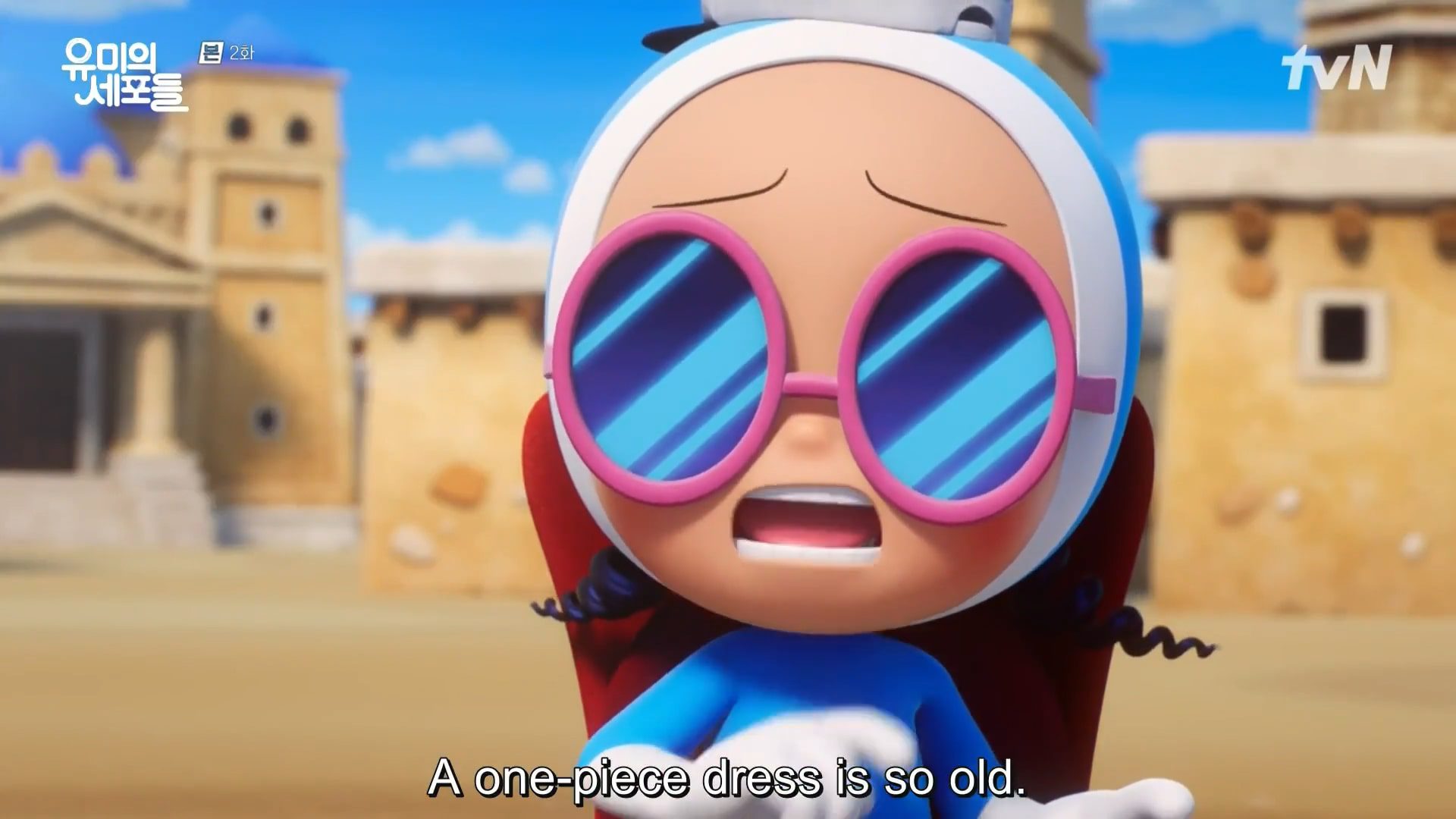 Eventually, she meets Ugi at the fountain where they were supposed to meet. To not avoid Ruby, Yumi makes an excuse, and they both leave from the back gate. Yumi and Ugi go to a restaurant to have lunch, where Ugi asks about Yumi’s love life. Yumi takes it as a green single that he also likes her. However, there she receives three big shocks of her life. First of all, Ugi already has someone he likes. Second, that person is not a girl (If you have not noticed it, it seems Ugi is gay).

Last but not least, Ugi wants to set up Yumi on a blind date with his close hyung (brother/friend). Our poor Yumi! Hearing this, her Cell Town faces a massive flood once again. All Cells suffer Yumi’s heartbreak worst than the one she had three years ago. Still, in the end, Yumi agrees to go on a blind date. That blind date turns out to be our main male lead Goo Woong. Because of his colleague, Seo Sae Yi, Ugi decides to arrange a blind date. She treats him as if she does not want him but does not even want to lose him.

It shows Goo Woong is sincere about this blind date and wants to give it a try genuinely. Finally, the moment comes, where our male lead meets and falls in love at first sight with Yumi! His mind becomes empty as his Cells get hyper, seeing the beauty in front of him. The episode ends with Yumi on a disastrous date while Goo Woong on cloud nine! Finally, the romance is blooming in Yumi’s life! But will Goo Woong create butterflies in her stomach and make her Cells flutter? Yumi’s Cells Episode 3 will be releasing on 24 September 2021 at 10.50 pm KST on the tvN network. Unit now, the first two episodes have been broadcasted. The kdrama comprises fourteen episodes in total. Each episode runs for 60min duration. Yumi’s Cells’ new episode releases weekly Friday and Saturday at 10.50 pm KST on the tvN channel. The drama is also released via TVING, which is a streaming media. South Korean viewers can watch the drama on the given network. Good news for international viewers, Yumi’s Cells is available on the online streaming site, Viki.

The preview of Yumi’s Cells Episode 3 is already out! The upcoming episode will show the first moves between our main lead couple. After all, the initial love phrase is where we begin to know each other. The next episode will be the same for our couple. Their first date will extend, which seems Goo Woong is enjoying too much. However, Yumi’s forever frenemy Ruby finds out about her date. Once again, the romance will blossom as it shows Woong does not want to end their date so early! It clearly shows the male lead is already head over heel for Yumi! Also, there may be another love rival for Yumi, Woo Goong’s colleague Seo Sae Yi. Her intention so far has not been revealed clearly. She will tell Woong that Yumi may not like him since Yumi takes so much time to replay to him. Therefore, to win Yumi’s heart, Goo Woong change his style from head to toe! Will Yumi find him attractive then? To know more, watch Yumi’s Cells Episode 3.