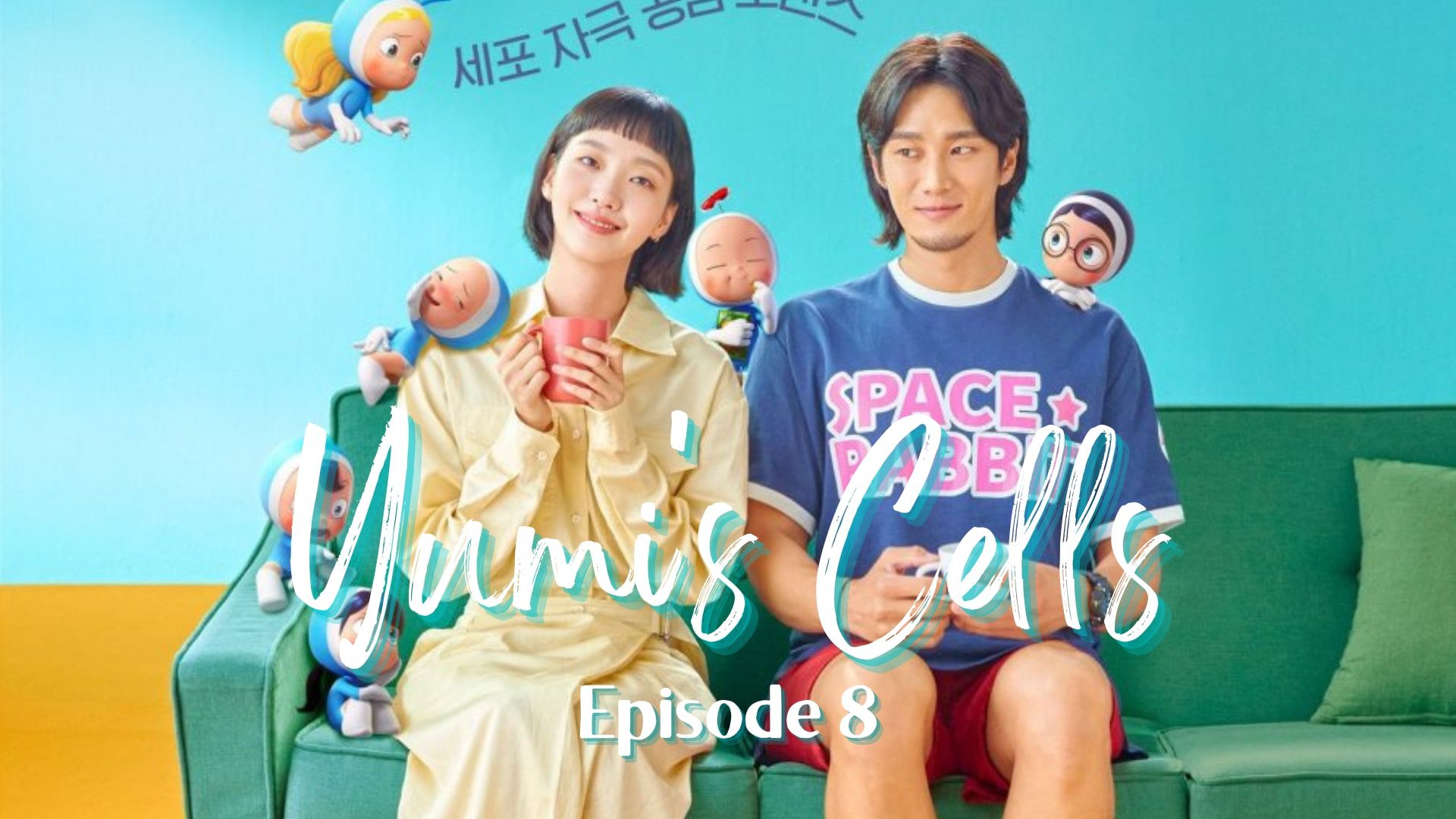 Yumi’s Cells Episode 8 will be releasing this weekend! Finally, the kdrama has finished its half journey. Yumi’s Cells has secured one of the top positions once again this week. Yumi and Woong have overcome various ups and downs with a sweet touch of love. The recent episodes were full of chaos. While most of the part is full of love and adorable scenes, some even show that, like every relationship, Yumi and Woong going through all stages of love. It shows their sweet romantic moments, Yumi’s jealousy, Woong’s insecurity, Sae Yi’s twisted personality, and many cute Cells!

The latest episode reveals how Yumi and Woong talk about their problems rather than just keeping them and creating more drift into their relationship. Furthermore, we get to see the hilarious scene of Woong and his Cells going through an internal crisis of pooping at Yumi’s home. Many new Cells are presented, such as Clean-up Cell, Etiquette Cell, Intuition Cell. Even Woong’s new Cells are added, such as Intestine Cell, King Sullen Cell. Yumi and Woong go on a trip that makes their Cells dance in delight. However, one wrong room ruins their trip. Once again, we get to see a new side of them. Eventually, they make up, ending the episode with a hot and sweet love-making scene. Therefore, it will be entertaining to watch Yumi and Woong’s love roller-coaster ride in Yumi’s Cells Episode 8.

Yumi’s Cells Episode 8 will be released on 9 October 2021 at 10.50 pm KST on the tvN channel and TVING. It is scheduled for fourteen episodes. The last episodes will be dropped on 30 October 2021. Yumi’s Cells new episode releases weekly on Friday and Saturday on tvN. Every episode runs for a one-hour duration. Yumi’s Cells is the first Korean drama that combined 3D animation. The production house is perfectly balancing both elements live-action and animation features. If you still have not begun it, you must now! 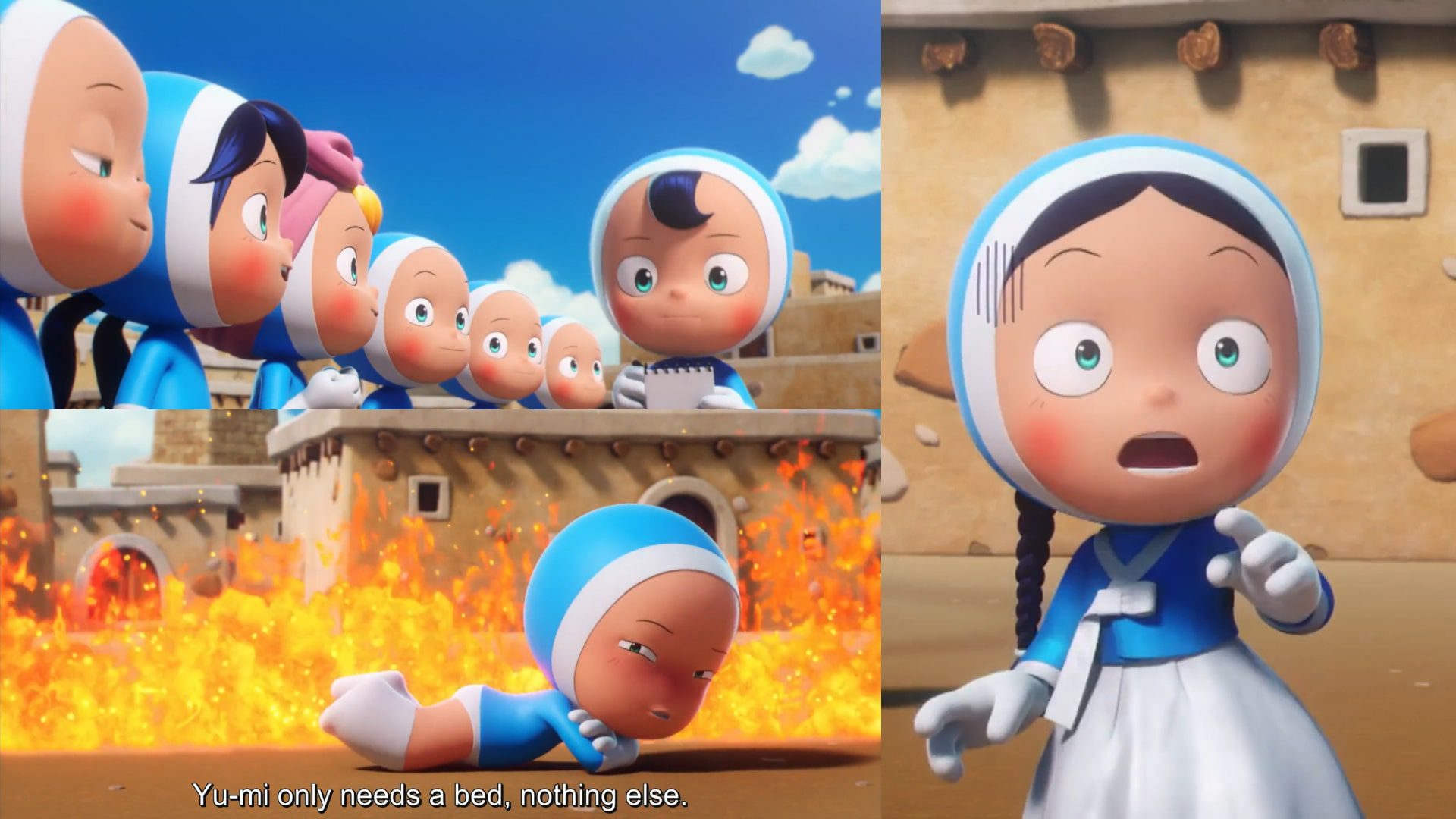 Yumi’s Cells Original Soundtrack (OST) contains five parts. It means five new OSTs have been released. Each one has its own unique melody that leaves a sugary imprint on viewers’ hearts. Yumi’s Cells OST includes If I Could Read Your Mind by Red Velvet’s Wendy, Nightfalling by John Park, Ling Ling by The Black Skirts, Like a Star by NCT’s Doyoung, and My Heart by Sei Su Mi. Each OST gives different vibes. So far, fans loving Like a Star, If I Could Read Your Mind, and Nightfalling. All Yumi’s Cells OSTs are available on YouTube and even on Spotify. Here, check out one of Yumi’s Cells OSTs with a beautiful romance melody by NCT’s Doyoung Like a Star MV!

What To Expect In Episode 8 Of Yumi’s Cells?

The storyline is progressing at a steady pace. The upcoming Yumi’s Cells Episode 8 will bring a new story arc. So far, they have shown Yumi and Woong are communicating their problems and worries. That leads to a healthy relationship. Sae Yi’s presence is bound to bring more trouble for them. It has become sure that Sae Yi is envious of their relationship. Her twisted personality always creates a hindrance for Yumi and Woong. However, it will be worth seeing how Yumi and Woong stand against Sae Yi’s scheme.

Besides Sae Yi drama, we have more Yumi’s Cells coming on the way. It’s truly amusing to watch how each of Yumi’s Cell are so relatable to us. Whether it be Emotion Cell, Hunger Cell, or Reason Cell, we all go through similar situations each day. It will be exciting to watch which new Cells will be introduced in the coming episode. Thus, mark the date and see how Yumi and Woong enjoy their love roller-coaster ride with their adorable cells in Yumi’s Cells Episode 8.