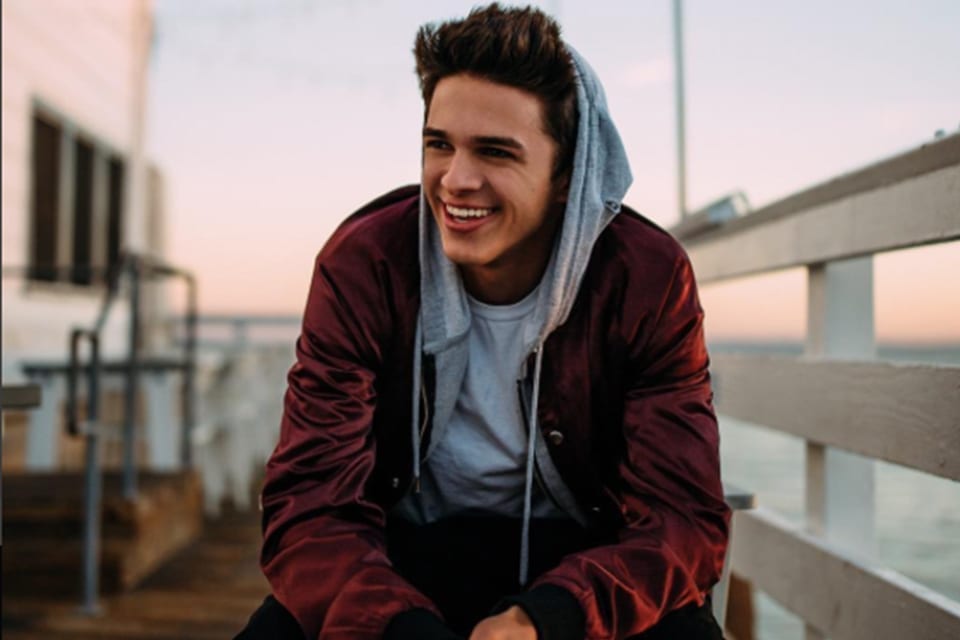 Brent Austin Rivera is a famous personality of YouTube. He is just a 23-year-old American native who is active since 2009. With 15 million total subscribers, he has grown his total views to 2.814 billion. Although, many people know Brent because of YouTube, he was more famous on social media, vine. Vine is now a defunct social media platform. Gradually, people started recognizing Brent on social media platforms like Instagram, TikTok, and YouTube. Brent is also co-founder and CEO of Amp Studios. The firm originally promotes talent and is a content group.

Since 2017, Brent has started appearing in web roles and television roles. His first web series was Alexander IRL and he played the role of Alexander. Brent’s latest television role was in Group Chat where he portrayed himself. Brent has been nominated for three awards and won one out of them.

Well, currently, Brent is trending for his videos with Eva Gutowski. There were random whispers that Brent and Eva are dating. But Eva made it clear in March 2020 with an Instagram post that was a picture of her and her boyfriend. Her boyfriend is Olav. Therefore, Eva is currently “off the market”. But the rumors cannot be wrong.

Brent was also rumored of dating Pierson Wodzynski. So is Brent dating someone? Are the rumors true of Eva and Brent linking up? Or Brent is single?

I just released my new podcast on @Spotify 😍 go give it a listen and a follow❤️❤️ pic.twitter.com/rKbYGJDdgC

Who is Brent Rivera dating currently?

It has been six years since Brent and Eva are making YouTube videos together. That is the reason that people think that Brent is dating Eva. But it is not true. Eva herself publicly accepted that she is dating Olav. Well, all the ladies out there, here is good news for you. Brent is currently not dating anyone. However, his dating life seems very confusing. There are times when he was linked with Eva or Pierson. There are no details about his exes however he previously has dated Morgan Justus. That was his only relationship and was not a rumor. Most of the time, whenever, Brent is linked with a lady, it is always a rumor.

Brent and Morgan’s love story was going great until they decided in October 2017, to break up. There were no details of how the two of them met and became involved romantically. Morgan is a singer, songwriter, and fashion model. She also has a self-titled YouTube channel. Morgan and Brent’s relationship was alive for a very short span. They started dating in June 2017 and then decided to break up in October 2017.

Is it true that Brent and Eva have dated?

Their relationship has always been complicated. According to reports, Eva and Brent dated in 2019 and breakup in the same year. In no short time, Eva found love in Olav, and then they started dating and are still in love with each other. However, Eva has never publicly accepted that she and Brent were a couple. When Eva posted her picture with Olav, Brent replied that they look cute together. In a recent interview, Eva told that her relations with Brent are very sophisticated. They are very close to each other and Brent is Eva’s go-to person.

The duo also keeps posting cute pictures together. YouTube Viewers also like the duo’s videos. Both of them have been making videos together constantly. That is why there are rumors that they are dating. But unfortunately, Eva is taken and Brent is single. There was a time when Eva accepted that she had hard feelings for Brent.

Are Brent and Pierson dating?

Well, no. Brent is single and is not dating Pierson. The social media sensation, Pierson is currently appearing in a lot of Brent’s videos. In May 2020, the dup uploaded a video “I kissed my best friend for the first time”. However, he has clearly said that they are not dating and are just friends. He mockingly said that to shut up his followers, the duo would kiss. So after their kissing video, the rumors got extra fire. It is very unclear whether they are dating are not.

Brent is quite conservative about his private life and does not discuss much it.