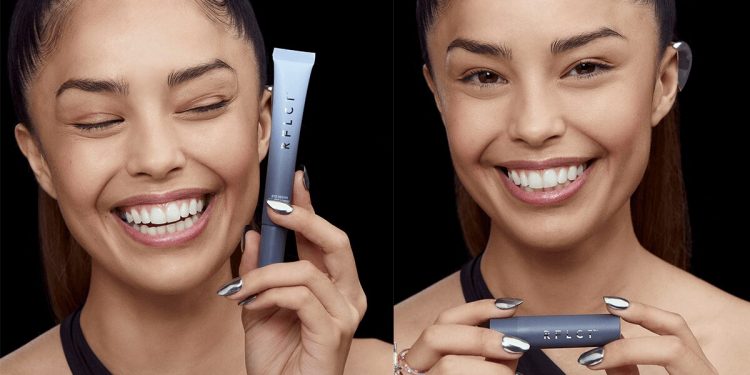 Valkyrae: The face of RFLCT

Youtube and Twitch streamer Valkyrae is one of the most popular female gamers and influencers. She became the face of the newly launched brand RFLCT and the brand sold $1 Million worth of its products in the first 24 hours. Little did Valkyrae know that this collaboration would cost the Youtube star her career and get her canceled by the world. As of December 2021, Valkyrae is devastated and sees a therapist after the RFLCT controversy.

Rachell Hofstetter, popularly known as Valkyrae, was born in Washington, United States of America. The 29-year old gamer became famous after she started streaming on YouTube after switching from Twitch. Besides being a Youtube streamer, Valkyrae is also the co-owner of the renowned game ‘100 thieves’. Further, she also appeared in music videos of famous singers Bella Porch and Machine Gun Kelly. The fastest-growing female streamer was chosen as the face of the beauty brand, RFLCT. Read on to find out what this controversy is all about and why the brand closed in two weeks.

Why Did Valkyrae Face Backlash After The RFLCT Collaboration?

Valkyrae announced her collaboration with the RFLCT brand on October 19, 2021. RFLCT is a brand catered towards gamers who spend a lot of time sitting in front of screens. RFLCT came up with five beauty products- moisturizer, gel treatment, cleanser, eye masks, and lip moisturizing balm. The brand claims that its products protect the users from the harmful blue light radiation emitted from electronic devices. Due to the enormous audience of Valkyrae, the brand sold $1 million worth of its products in the first 24 hours.

After the announcement of Valkyrae’s collaboration went viral, people started questioning the claims made by the new brand. According to most scientists and researchers, blue light radiation emitted from electronic devices is not harmful to human skin, unless some exceptions. Soon, Valkyrae started getting a lot of backlash and hate from the people online as she became the face of a brand that made false claims to sell its products.

Why Did Valkyrae Get Canceled After The Livestream?

After the false claims went viral, Valkyrae went online to talk about the situation in a live stream on October 23, 2021. The streamer confirmed that she was part of the project and behind the research of the RFLCT brand for two years. She stated that ‘she had seen the blue-light research taking place with her own eyes. The only thing that she denied was that she didn’t know that the research would not be cited on the brand’s official website. She tried insisting the brand include the research on their official website. But, the brand denied by saying that the research had trade secrets and it couldn’t be made official.

Things would have been smooth for Valkyrae after this live stream. But that was not the case. Fans were shocked to see the way Valkyrae behaved on the live stream. After addressing the claims, she started name-dropping her streamer friends – Sykkuno and Fuslie. She even called some of her friends fake and selfish. It was the main reason for the end of the friendship between her and Television star, Pokimane. The live stream ended up adding fuel to the fire. Many fans and YouTubers criticized her for behaving so immaturely and not accepting her mistakes.

Is Valkyrae Still Associated With The Brand, RFLCT?

After the extreme backlash due to the live stream and RFLCT controversy, Valkyrae deleted all her tweets and Instagram posts of the brand, RFLCT. Soon after, on October 30, 2021, RFLCT officially deleted its website, Twitter account, and all social media profile from the internet. The brand has formally terminated.

Due to the RFLCT controversy, Valkyrae has been getting a lot of backlash and hatred online. All of this has even taken a heavy mental health toll on her. During a YouTube Livestream on November 2, 2021, Valkyrae said that she has been going through a lot of mental trauma lately. She has started seeing a therapist to cope up with the online hatred. She is also very insecure and scared about her brand image and the future.

Many of her fans state that the brand misused Valkyrae’s fame and kept her in the dark through miscommunication. Although she did make a mistake, she doesn’t deserve to get canceled just because of her immature and naive behavior. Valkyrae has learned a lesson and has resumed live streaming on Youtube as of December 2021.

Evil Eye Ending Explained: Who Is The Baby?