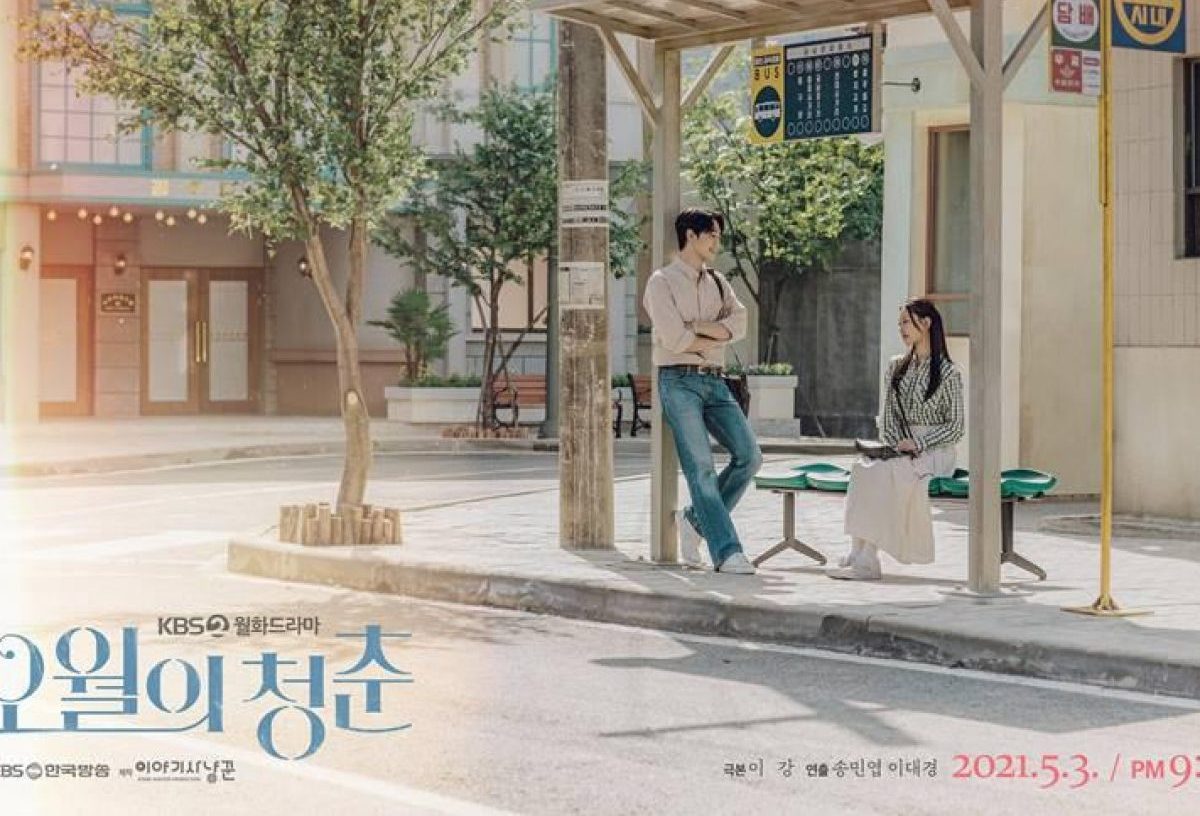 ‘Youth of May’ or 오월의 청춘 in Korean is South Korean Television Series on KBS2. The first episode had released just yesterday, and fans have already been glued to the screen and are waiting for the second episode. Many fans were looking for a fill-up after the drama Vincenzo ended and are looking forward to where this drama can lead to. This show is set in the May of 1980 and showcases the life of youth back then, that is why the name of the kdrama is called ‘Youth of May’. The drama is a perfect combination of retro vibes, romance, and the problems faced by the youth.

It is a turbulent time in the May of the year 1980. When in the Gwangju uprising, hundreds of protestors, who were protesting for the democracy of Korea, were shot dead by the government troops. During this turbulent time the main leads, Hee Tae and Myung Hee meet and they start falling in love with each other. They had met on a blind date. Myung Hee had agreed to go on the blind date in place of her friend Lee Soo Ryun as Soo Ryun had promised if she went on the blind date, then she would give her the ticket to go to the German university that she had been accepted to. When Myung Hee and Hee Tae met, Hee Tae thinks that she is Soo Ryun but later on when the truth is revealed, he still didn’t let go of Myung Hee. But many people get in the way of their love, so will love bloom between them in the troublesome times in the May of 1980 in Gwangju?

Youth Of May Director And Cast Talk About The Release 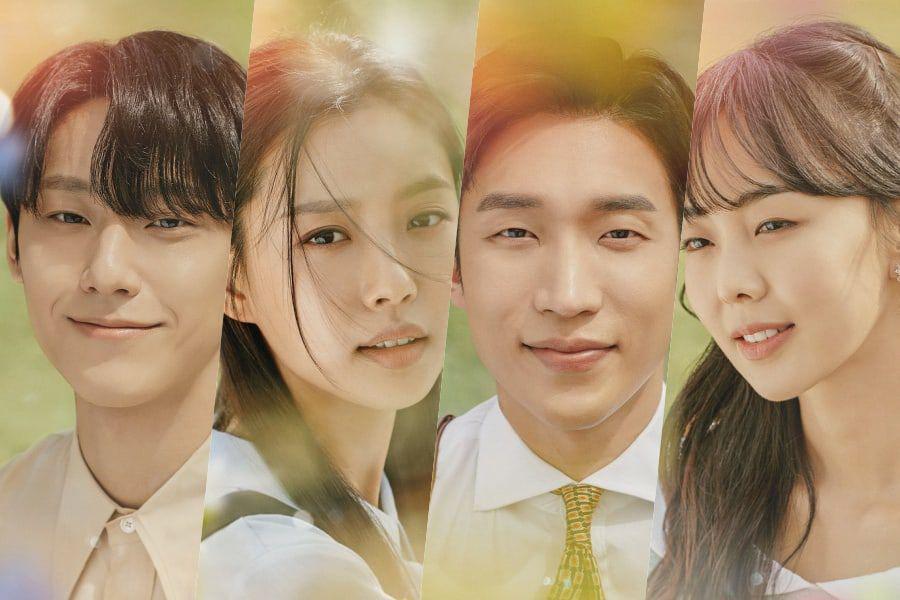 Youth of May cast cr: KBS2

The Director and Cast of the drama ‘Youth of May’ held an online press conference before premiering the first episode. The Director, Song Min Yeob, talked about the drama ‘Youth of May’ by saying that,” Youth of May takes place in 1980 in the city of Gwangju. It is not specifically about the Gwangju uprising but it is more about the feelings of the youth such as love, joy, and hate that they experienced while they lived in turbulent times. It is about how far a person can go for things they love when faced with hardships.”Addressing how historical dramas and other content have come under fire for not representing real figures and events from Korean history properly, he says that the drama never claimed to be based on the protests but is mostly about the youth living at that time.

Go Min Si, who plays the role of the third-year nurse, wisely described her character as a ‘warrior in white’ more than ‘an angel in white’. She has gone through troublesome circumstances in her childhood. Go Min Si talked about how the character helped her to gain strength in real life. She said,” It has always been my dream to work in a romance drama set up in historical times. This drama felt like it was made for me. In order to get everything right, I carefully researched and read the scripts multiple times.” 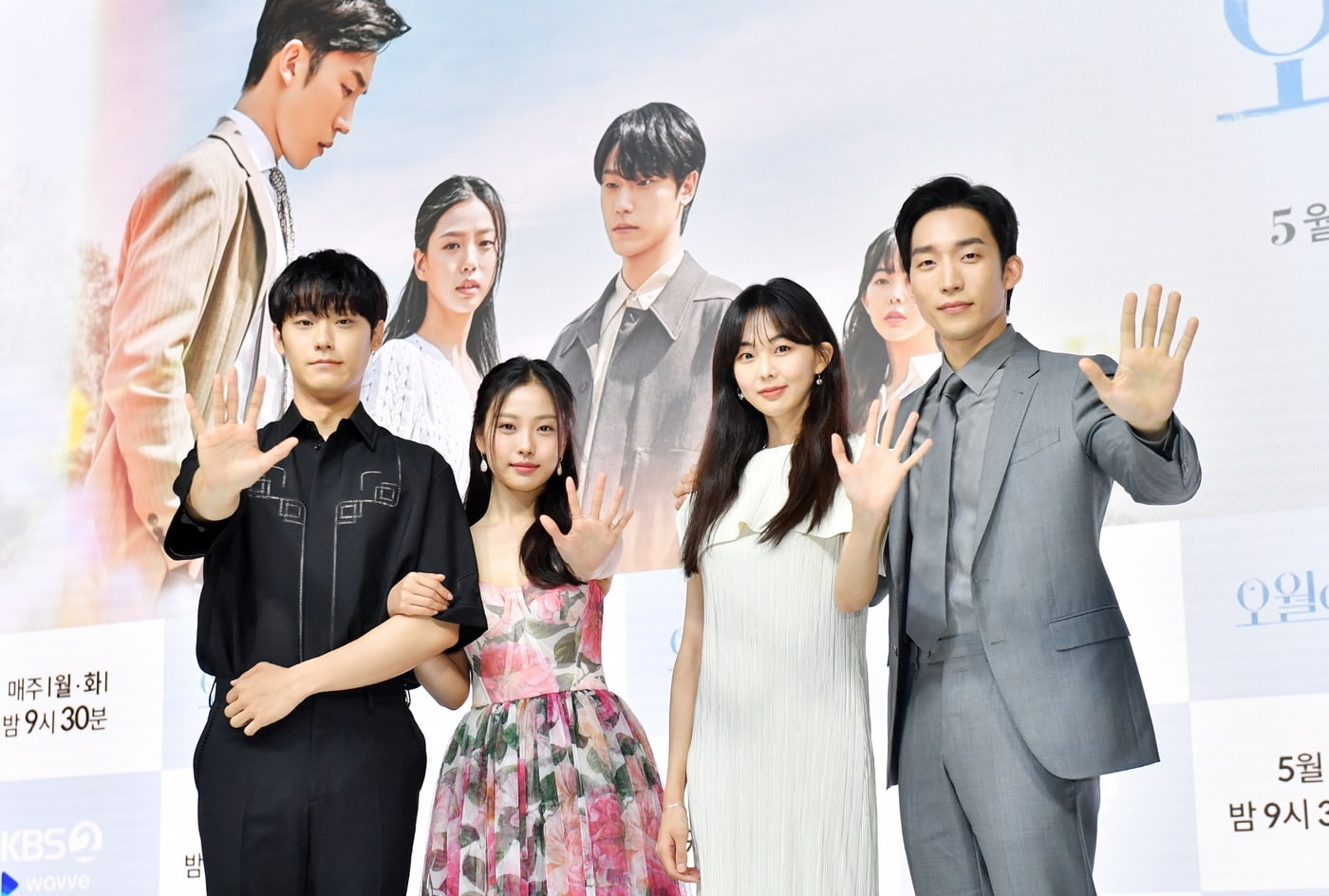 Go Min Si said that she and Lee Do Hyun had kept in touch after the drama Sweet Home, this little piece of information had the shippers go crazy.

When Lee Do Hyun was asked about how his role in his previous drama ”18 Again” was different from this one, he jokingly said that he is a young student with no kids in this drama. Lee Do Hyun says,” I act like a stranger who enters the life of a group who are already close to each other. The stranger changes the life of these three people in ways that they could have never imagined.”

More fans tuned in after the lovely interaction with the cast and the director of this drama.