The upcoming of this popular sitcom, that is, Young Sheldon Season 5 Episode 8, is on the minds of the viewers after getting their dose of laughter in the previous episode. Moreover, the previous episode gave the fans a chance to hear a popular character’s voice. In addition to that, this was one of the times when we got to see Sheldon get frustrated at a field of science. The American television series has been quite popular since it first came out on September 25th, 2017.

However, a lot of credit for its success goes to the original show “The Big Bang Theory”. This show is a spin-off to that original sitcom that was hugely popular all around the world. Moreover, that show had a pretty good run of twelve seasons and a total of 279 episodes. In addition to that, the show featured an adult version of Sheldon Cooper compared to the younger version of him in the spin-off series. That is why the spin-off is also a prequel to the original series.

Although, it does not focus on the other major characters from the original show that included Sheldon’s friends Leonard Hofstadter, Howard Wolowitz, Raj Koothrappali, and Penny. One of the main creators of The Big Bang Theory named Chuck Lorre, has created this spin-off along with Steven Molaro. Furthermore, they are also the executive producers on the show, along with Jim Parsons and Todd Spiewak. Meanwhile, Jim Parsons still voices the adult version of Sheldon Cooper on the show. The spin-off has been receiving amazing responses since its premiere and is in the fifth season now. However, the fans are now waiting to watch Young Sheldon Season 5 Episode 8. But first, let us take a recap of the previous episode. 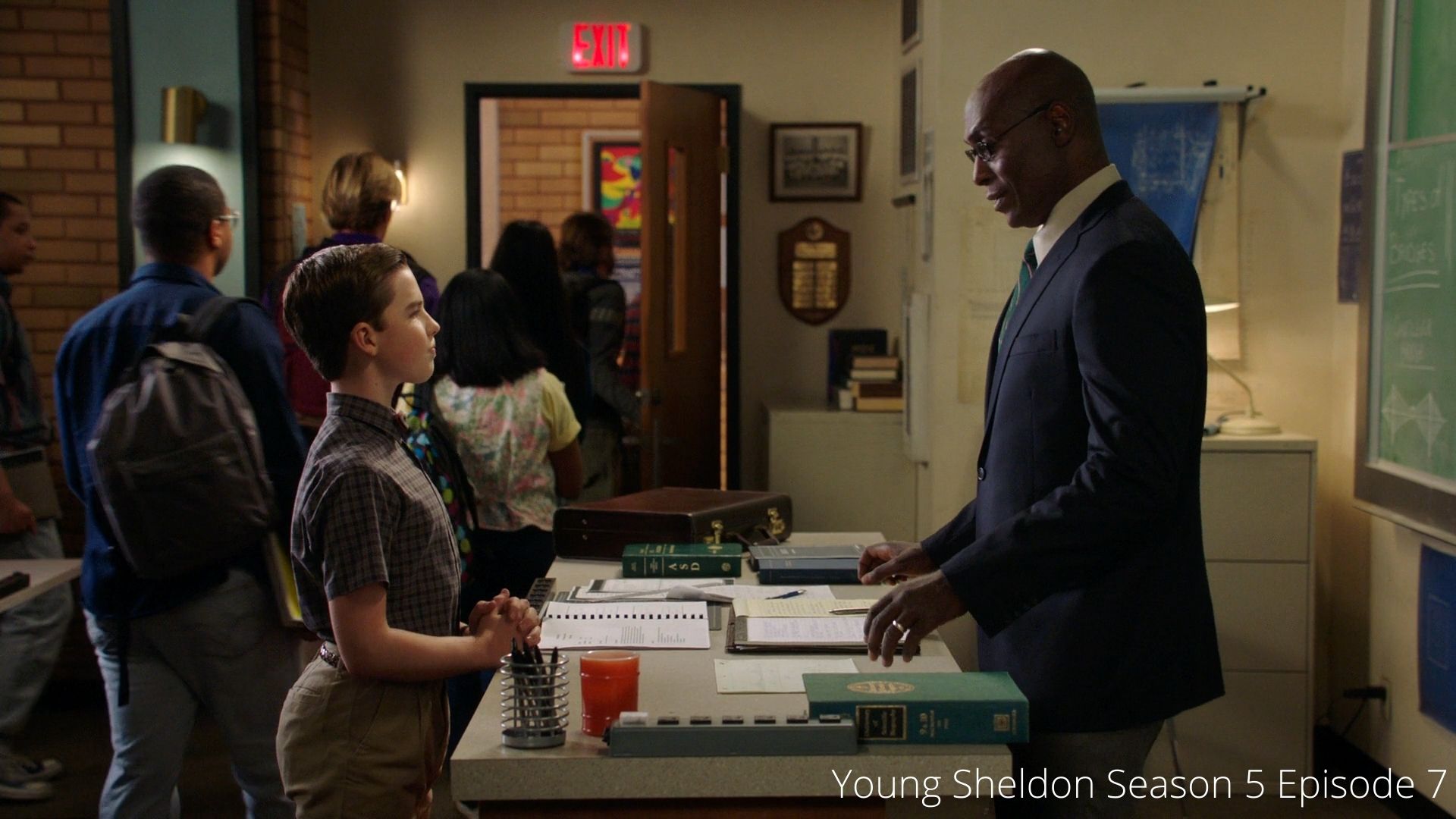 Episode 7 of Young Sheldon Season 5 came out on November 18th, 2021. Moreover, the episode was titled “An Introduction to Engineering and a Glob of Hair Gel”. The episode began with Sheldon in college as his engineering class got a new professor. However, it seemed like professor Boucher was from the army and was quite strict. The first thing he did was set up a rule of closing the class doors at 9 am sharp. Sheldon instantly started liking him as he thought that Boucher treated the students as robots. On the other hand, we saw that June injured her knee and told Meemaw and Dale about it.

Meemaw and Dale decided to help her out with whatever she needed. Once again, at college, Sheldon was trying to impress his professor and submitted his assignment early. But to his surprise, Boucher told him it was wrong. Although Sheldon tried to challenge his decision, Boucher tore Sheldon’s assignment and told him to it out by himself. Sheldon got frustrated, but while watching a show about Army on tv, he thought maybe Boucher was trying to toughen him up. So he kept on making new assignments, but Boucher kept on tearing them again.

Sheldon got frustrated to the point where he asked both the university’s president and his father to talk to professor Boucher. However, that didn’t get him anywhere. Meanwhile, on June’s side, Meemaw learned that June asked Dale to help her take a shower. Meemaw got angry with June for a moment but then forgave her, realizing that she couldn’t have asked anyone else for that kind of help. Whereas at college, Sheldon finally figured out the mistake in his assignment and went to show it to Boucher. Although, this time, it was him who reached late to the class and couldn’t get in. In the end, the university’s president and professor Boucher enjoyed discussing the look Sheldon had on his face when he was not allowed in the class.

Young Sheldon Season 5 Episode 8: When Will It Release & Airing Time

The spin-off series is once again creating quite a buzz with its fifth season on the internet. That is why the viewers are eager to know about where to watch Young Sheldon Season 5? Well, the answer to that question is quite simple and easy. “Young Sheldon Season 5 airs every Thursday at 8 pm ET on the CBS television network in the United States.” Other than that, the show is available to stream on Amazon Prime Video and Youtube TV. Furthermore, the show is also available to watch on TVNZ in New Zealand.

Hellbound Season 2: Everything We Know About The Korean Netflix Series

Hellbound Season 2: Everything We Know About The Korean Netflix Series

Suzanne Malveaux Partner: All About The CNN Journalist’s Personal Life