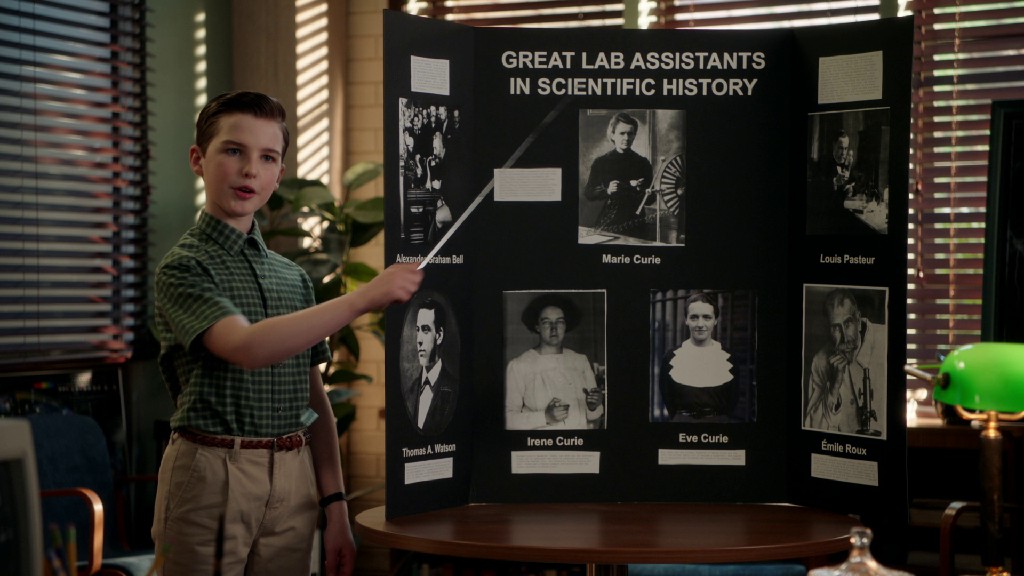 After two weeks’ break, Young Sheldon came back to television continuing its fourth season run. The returning twelfth episode saw quite a team-up. Enough to impress a few and jealous a few. Now looking forward to Young Sheldon Season 4 Episode 13. Young Sheldon originally debuted in the September of 2017 on CBS. The series came off as a prequel to CBS’s very popular sitcom The Big Bang Theory telling the story of Sheldon Cooper. Chuck Lorre created the series along with Steven Molaro. The Big Bang Theory fans stayed to see their favorite character grow with new fans joining in as well. The show catapulted to success resulting in CBS renewing it for three more seasons once the fourth season finishes airing.

Young Sheldon tells the story of a nine-year-old Sheldon Cooper. A bonafide genius scoring enormously great at school. But struggles to fit in with the not so intellectual family and friends around him. Here we are taking a look at the thirteenth episode of Young Sheldon Season 4. But before that, let’s take a look at what happened previously on the show.

The twelfth episode of Young Sheldon is titled, “A Box of Treasure and the Meemaw of Science”. The episode featured Sheldon, Dr. Linkletter, and Meemaw teaming up for a science experiment. Sheldon and Dr. Linkletter while working on an experiment realize they can make use of Connie’s crochet skills to see solar neutrinos. As they approach her, Connie is flattered.  She gets excited dreaming of becoming ‘Meemaw of Science.’ 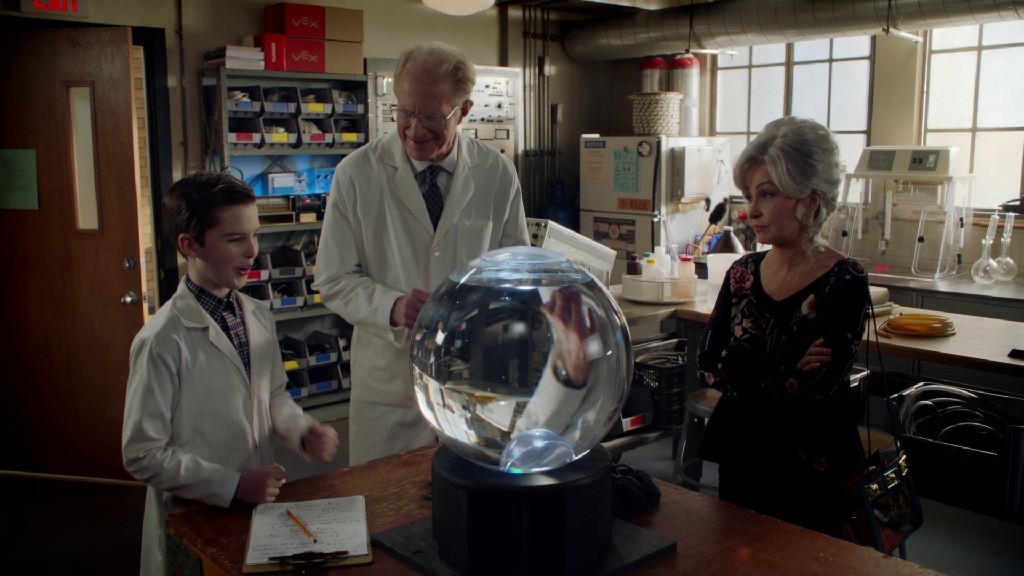 As Connie joins in, the experiment successfully works. But she also realizes that her part in the experiment is only of a small amount. Plus, an actual breakthrough may take decades. The experiment leaves her disappointed. On the other hand, Mary gets jealous watching Pastor hanging out with Brenda Sparks. Although she intervenes, Brenda admits the fact that her husband has moved out and they are in talks over it. 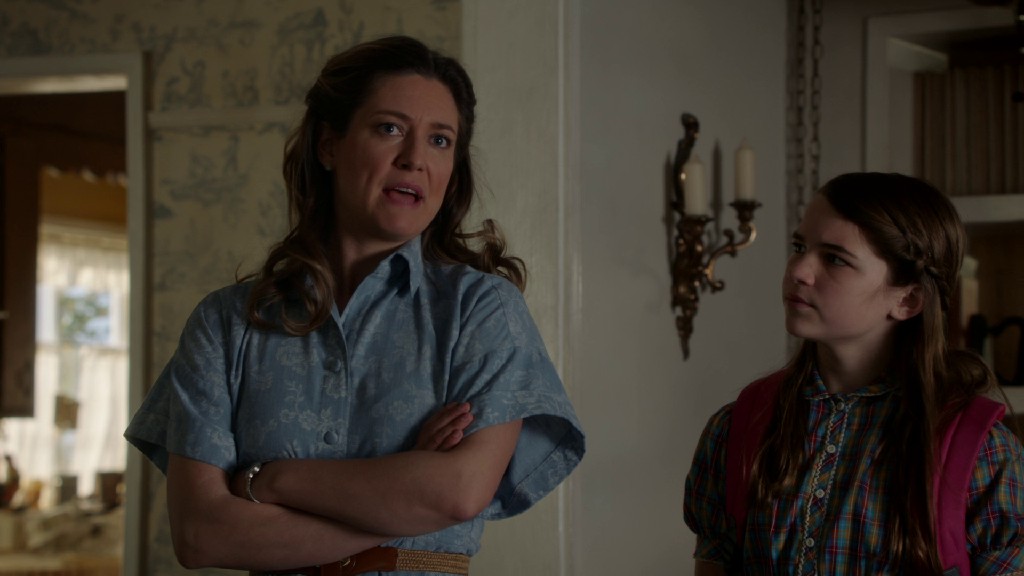 Georgie on the other hand comes across Sheldon’s old perfectly scored high school tests. He realizes the teachers are using the same papers all over again. This leads him to sell the papers to the other students. Georgie sneaks in to make copies of the test only to see Mr. Givens and Ms. Hutchins making out. Mr. Givens confront Georgie about the test. Georgie comes up with a deal to stay quiet about Mr. Givens and Ms. Hutchins’ affair if Mr. Givens stay quiet about the test. 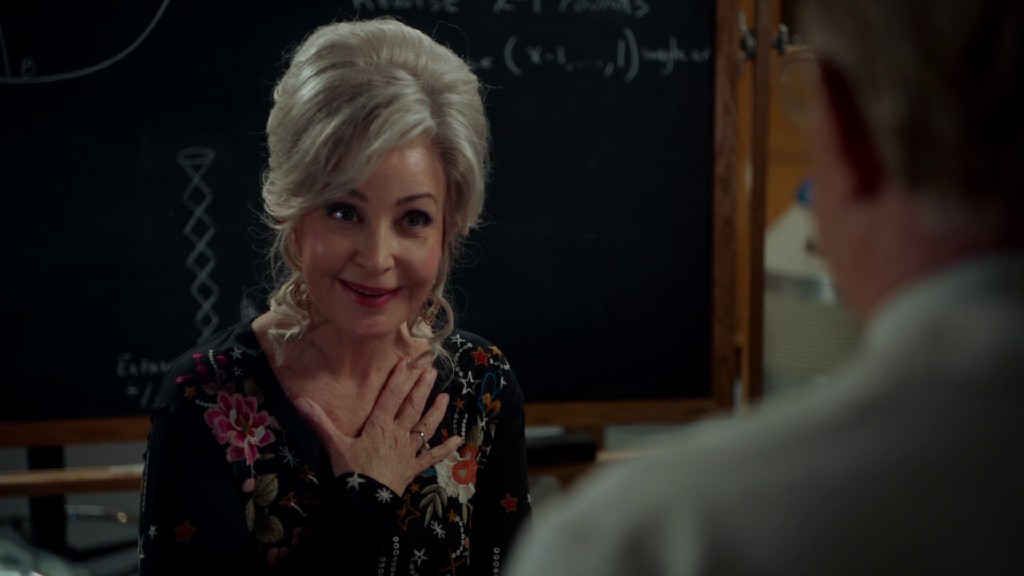 Young Sheldon Season 4 Episode 13 is titled, “The Geezer Bus and a New Model for Education”. There is no official synopsis revealed for the episode yet. But a teaser trailer from CBS tells enough about it. So according to the trailer, we will be seeing Sheldon struggling to fit in with the cars or travel in them. Especially after his Meemaw as in Connie crashes one while driving.

The accident might result in Sheldon staying away from the cars or traveling in them or being anywhere near them. The teaser trailer also sees Sheldon trying to break a deal with the principal. He tries to introduce a new way of teaching. One we are following in the internet age today while the show is set in the 80s. Sheldon comes up with an idea to held lectures on telephone devices with students attending remotely. 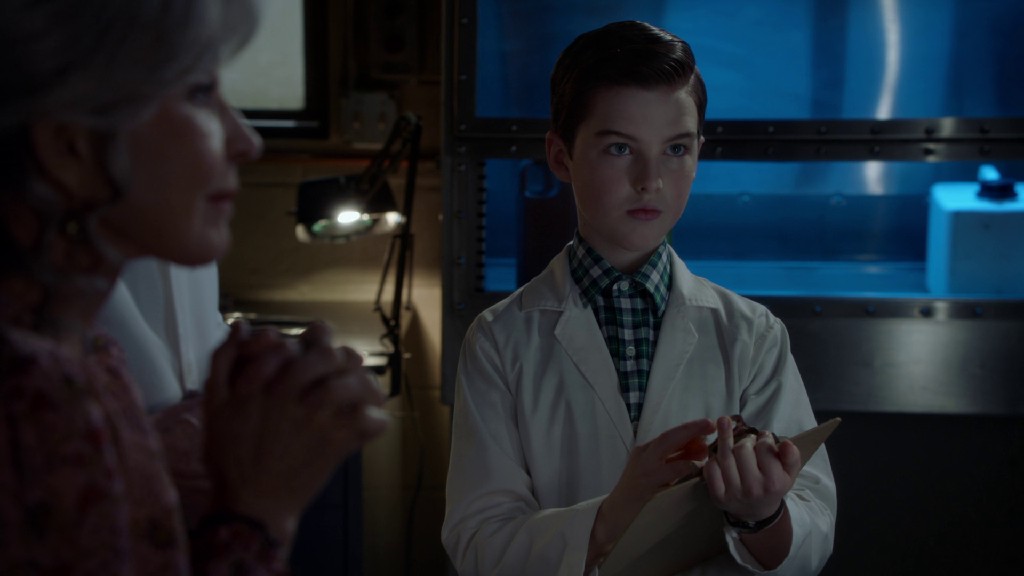 Young Sheldon Season 4 Episode 13 will be quite a deja vu with us facing the same situation in a pandemic. Attending schools and colleges online. While Sheldon came up with the idea in the 80s to attend through telephones. All that because he doesn’t want to travel in cars or vehicles after the accident anymore. One way or another, the episode will end with Sheldon compromising things with the cars and the telephone lectures as well. All in Young Sheldon Season 4 Episode 13.