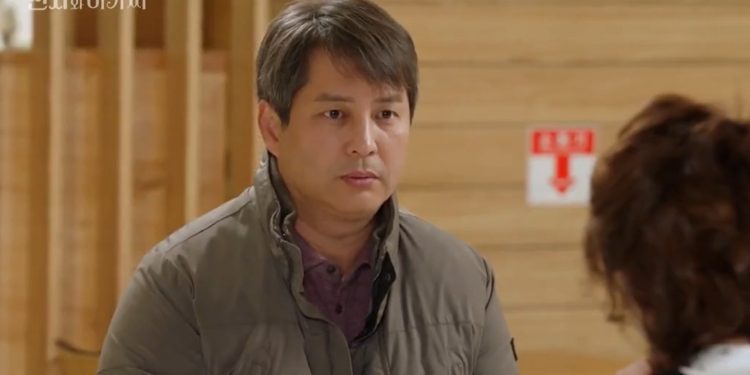 ‘Young Lady and Gentleman’ episode 32 is coming out soon, and Sa Ra is not ready to give up on Young Guk. While her ex-boyfriend keeps coming back asking her for money. Cha Gun remains the only person coming to her rescue. She’s aware of how they both feel about each other. But letting Young Guk go is one thing Sa Ra refuses to do. While Ki Ja is at Young Guk’s asking him how he can just break the engagement off with no explanation. Young Guk feels there’s no need to say anything as neither he nor his kids were happy with him getting married.

On the other side, the kids feel at home when they are with Dan Dan. As she moved back with her parents, the kids went on to meet her at her parent’s house. Soon after, Young Guk joined the family too. Asked Dan Dan to spend time him for a night as they’ll be parting ways soon. As Soo Cheol has finally agreed to go to the States even though it took a while. Meeting Yeong Sil, Anna told her about the business she owns back in the States. Telling her how good of a worker her husband is, Anna asked Yeong Sil if she’d let Soo Cheol come to the States along with Dan Dan.

While the family has been Soo Cheol’s first priority no matter how he was getting treated there, going straight to Anna Kim’s house, he asked her why she would do all this. Telling him that she couldn’t live without him, Anna asked if he could stay by her side as she had been lonely in the States. Telling him that he’s the one who’s been giving her strength. But Soo Cheol just left, telling him not to contact him or his wife ever again. But getting to know about what Yeong Sil’s been up to, he has no will to stay. Talking to Mi Rim, Mi Sook got to know that Dae Beom isn’t really Soo Cheol’s son.

As she confronted Yeong Sil about why she would hide the fact that Dae Beom is Soo Cheol’s stepson. And the way she’d except money and asked for favors from her without any shame. Soo Cheol heard everything and couldn’t believe what his wife was doing behind his back. Spending time with Anna, he’s been taking care of her as she recovers from the surgery. And he packs to leave for the states. While back at home, Jun O tries to make up with his mother. But Mi Sook refuses to talk to her son after their last fight. Leaving Mi Rim on her own for a few days, Jun O is living with his mother.

‘Young Lady and Gentleman’ episode 32 will release on January 9, 2022. Family secrets are getting out as Soo Cheol realizes that Anna Kim is no other than his ex-wife. Trying to help Anna, Yeong Sil started snooping around and found Dan Dan’s baby pictures. Jun O and Mi Rim too got to know that his mother is Mi Rim’s aunt. As they try to figure their relationship out, Se Ryeon has been having second thoughts. Running into her ex-boyfriend when she was with Dae Ran for lunch. Looking at all the troubles, she’s going through for a guy whose family might never accept her. Se Ryeon might get back to her senses and leave Dae Beom. The future of Young Guk and Dan Dan remains unclear as she might not be going to the States after all the drama. But we never know how their fates will take a turn.

‘Young Lady and Gentleman’ episode 32 will be available to watch on streaming platforms, Rakuten Viki and Viki.

Also Read: Lee Seong Gye Accepts His Fate And Sits On The Throne In ‘The King Of Tears, Lee Bang Won’ Episode 9