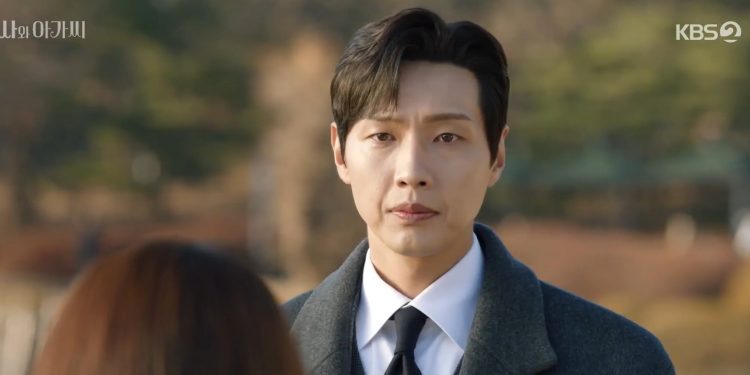 ‘Young Lady and Gentleman’ episode 31 is coming out this weekend, and Park Dan Dan’s life has been a trip. From getting rejected to almost dying, Dan Dan has gone through a lot in previous episodes. Thinking that she’d take the lead and be honest about her feelings to Young Guk, he had a mind of his own as he went on to make drunk confessions to her. But he later backed out, saying that he had a fiance. Not liking the fact their teacher and father were drifting apart and having problems, Se Chan and Se Jong decided to do something good for the elders. But it ended up becoming a huge problem.

While back to his 40-year-old self, Young Guk went on to drink with Jung Woo and talk to him about what was bothering him. Being with Sa Ra doesn’t feel right to him, but he can’t break off the engagement like that. Asking Jung Woo what he would do, Jung Woo told him to go with his heart. Telling him that the unhappiness shows on his face, his best friend told him to do the thing that makes him happy and not care about others. Drunk again, he went on to call Dan Dan to their tree and apologized to her about everything that had happened till now. Shaking everything off, Dan Dan told him that she’s willing to wait as long as it makes him happy.

‘Young Lady and Gentleman’ Recap: Young Guk Gets To Know The About Sa Ra

Finally making his decision, Young Guk decided that he’d let Dan Dan go and would stay with Sa Ra. Not liking how things were going, Se Jong and Se Chan took his father on a ski trip and called Dan Dan along. Trying to lock them together in a romantic place, the kids ended up setting the shed on fire. In order to save both kids, Dan Dan ended up getting stuck in the fire. But Young Guk arrived on time to take her out. Later on, in the hospital, he told her that they should move on from each other as she’s young and too good for him. She should move to the States along with Anna and her father.

Also Read: So Ri’s Grandparents Agrees To Her Marriage With Ha Ru In ‘Love Twist’ Episode 17

Talking to his kids, he got to know the plans they were up to. Asking them why they would do that, Se Chan told him that he didn’t want Sa Ra to be his stepmother. He and Se Jong find her scary and that she even locked them in the storeroom. She also threatened them that the goblin would take them if they didn’t reflect on their action. While this did piss him off, looking at Sa Ra accusing Dan Dan of having an affair with him was the last straw for him. Minutes later, he went on to call Sa Ra and called the engagement off. While nobody knows what happened at the ski trip, the rumor about Dan Dan and Young Guk’s affair might be out soon.

Young Lady and Gentleman episode 31 will release on January 8, 2022. As Anna asked Young Guk to persuade Dan Dan to go to the States, Young Guk had no other option but to let her go. While Dan Dan is going back to her family for some rest, Young Guk wants to spend time with her before she leaves.

On the other side, Sa Ra is still not done with Young Guk and wants to get back together. But she feels lonely with him and might be having feelings Cha Gun aka Mr. Teddy Bear, as she even almost kissed him. With Soo Cheol spending time with Anna after all the drama, he was ready to go to the States with her. Anna might not be able to keep her true identity in for long as Young Sil has gotten her hands on Anna’s baby’s pictures, who looks like Dan Dan.

Where To Watch Young Lady and Gentleman?

Young Lady and Gentleman episode 31 will be available to watch on the streaming platform Rakuten Viki and Viu.

Also Read: How Will Lee Bang Won Win His Father’s Trust In ‘The King Of Tears, Lee Bang Won’ Episode 10?