Mary turning to Granny Goodness and Zatanna seeing a glimpse of Conner. There are lot of questions that Young Justice Season 4 Episode 14 may answer. 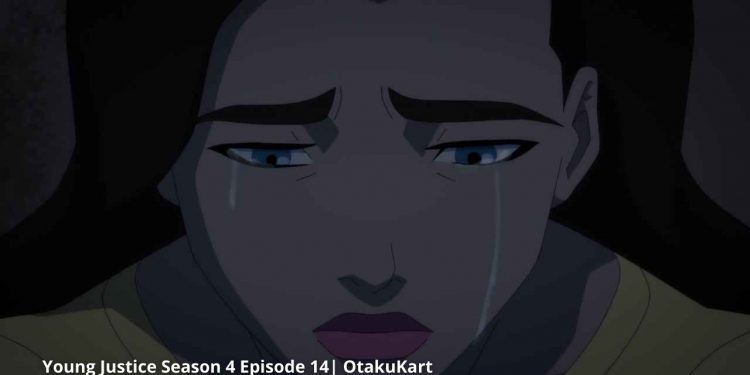 The havoc that the Child was bringing upon the whole universe might be at a pause for now. But, there is a bigger one coming in the form of Granny Goodness. She has someone from the league on her side that may not end very well in Young Justice Season 4 Episode 14. That aside, a hero that the team lost recently might still be alive out there. Is this for real or part of some trap? Taking a look at the same, let’s figure what’s been going on in Young Justice recently.

Dr. Fate, Zatanna, Mary, Traci, and Khalid had to unexpectedly team up with Klarion to take down the Child. They were also on a task to get a group of kids back to their homes. With power from the Lords of Order and Chaos, the Child was unstoppable. It took Vandal Savage and the Phantom Stranger to talk Lords of Order and Chaos into taking the boost from her. Even with that, did Dr. Fate Zatanna’s team manage to stop them.

Previously on Young Justice Season 4, Zatanna’s group and Dr. Fate had no choice but to team up with Klarion. At this time, he was anchoring himself into the mortal lane as a bus. At the same time, the team had to get the kids on that bus back home too. The questions of should they trust Klarion were still in the air, but they had no choice. Meanwhile, Vandal and the Phantom Stranger were trying to convince the Lords of Order and Chaos how the Child has disrupted the balance.

Klarion later came across a new anchor cat. Now it was time for them to wage war against the Child. So did the battle begin, and there was absolute coordination between the teams. Staring off with figuring out if she was really human. Meanwhile, the Lords of Order and Chaos were convinced, and they took away the power boost they had initially given to the Child.

The Child was still strong, and the rest of the group was having a hard time fighting her. Losing her power boost only made Child more furious Traci’s last-minute attack saw them finally defeating the Child. Klarion bid adieu while Dr. Fate was really impressed by Zatanna’s students.

Zatanna began preparing a plan to rotate Fate’s body with her, her father, Traci, and Khalid. Excluding Mary, which resulted in her quitting the team. Zatanna also had to convince her father, but they all came together in the end. Khalid became the first host to helm Dr. Fate. The first job to do was send the school bus back to its home.

The episode came to a close, with Zatanna having visions of Conner asking for help. We also saw Garfield still suffering from Conner’s death. Perdita came to take care of him, but it didn’t work, resulting in their breakup. Zatar begins therapy while Granny Goodness manipulates a lonely Mary in the post-credit scene.

Young Justice Season 4 Episode 14 is expected to release in early-mid 2022. As of now, there is no official release date yet. This is just one of the breaks the show usually goes on. Furthermore, talking about the storyline, it could follow. We can either expect an entirely new mission or pickup from the last episode’s post-credit scene.

Granny Goodness seems to be guiding Mary, and these are not good signs. Thus leading Zatanna to take desperate measures to save her student. Apart from that, Zatanna suddenly has visions of Conner asking for help. Does this mean he is still alive? Will this lead Justice League back to Mars to further investigatConner’s’sinvestigatConner’s’s death? Lastly, this only gives a depressed Garfield hope to see his friend back again in Young Justice Season 4 Episode 14.

Also Read: What Will Happen I’ ‘The Expan’e’ Season 6 Episode 4? Spoilers & Speculations