Young Justice Season 4 Episode 11: Battle Between Lords Of Chaos Will Wipe Out Earth? 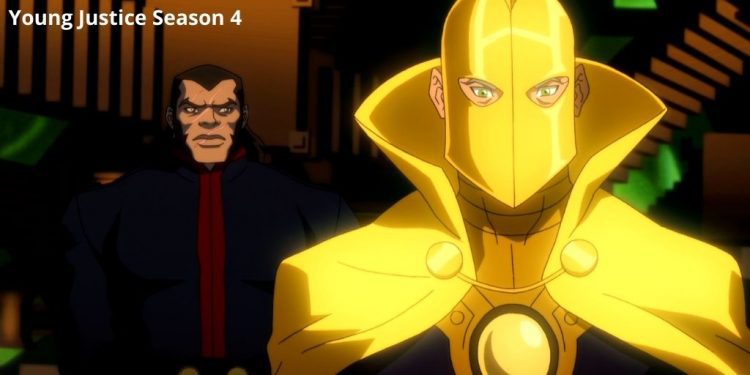 It seems Vandal Savage is all set to leave Earth in Young Justice Season 4 Episode 11. The previous episode showed us how the history of Vandal and how he was hell-bent on conquering the Earth. However, the planet was mostly covered with water so he planned to control the oceans in order to succeed on his mission. Meanwhile, in the present, we saw a fierce battle breakout between Child and Klarion.

Whereas, Zatanna and her friends were trying to stop the battle before it becomes a threat to humanity’s existence. Furthermore, we saw the return of Etrigan the Demon. On the other hand, M’gann was still suffering from the trauma of Superboy’s death. Whereas, the mid-credits scene showed us what Savage was planning to do next.

The American animated television series follows the superhero genre of shows with characters taken from the DC comics. In addition to that, the title of the show is also similar to the DC comic series of the same name. Although, the storyline does not follow the comic series and is an original take. The series first came out on 26th November 2010 whereas the ongoing fourth season started airing on 16th October 2021. However, the fans are now eager to watch Young Justice Season 4 Episode 11. But first, let us dive into the events of the previous episode to find out what all happened.

Episode 10 of Young Justice Season 4 came out on 9th December 2021. Moreover, the episode was titled “Nomed Esir!”. The episode began with the story of Vandar, now Vandal Savage, who took it upon himself to rebuild and repopulate the village of Atlantis. Finally, after a century of rebuilding and growth, Atlantis was a reality. However, Vandal again went out to travel after the birth of his grandson. He then returned to Atlantis after 200 years which was now a powerful city controlling several territories. Meanwhile, the Lord of Atlantis was Vandal’s grandson Arion who was another immortal like him.

Whereas, in the present Klarion met with Child who was there to replace him on the orders of the Lords of Chaos. On the other hand, a stranger sent Zatanna to the island where a fierce battle between Child and Klarion had broken out. Meanwhile, the stranger brought in Etrigan the Demon, and Zatanna’s team to help Zatanna control the fight. We also saw how M’gann has been in shock for days since Conner aka Superboy died. But Em’ree could not take it anymore and got M’gann relieved of the trauma for a short while. Once again we saw the past of how the Lords of Order made Arion their agent on Earth to create a magical bloodline called the Homo Magi. However, Vandal wanted to conquer Earth which was only possible if the Homo Magi advanced and controlled the oceans.

In order to achieve that, Vandal went against his grandson Arion and got Klarion to sink Atlantis, unfortunately killing Arion too in doing so. This got the few surviving Homo Magi to activate their potential of surviving underwater and they went on to form the kingdom of Atlantis underwater. Coming to the present, Etrigan, Zatanna, and her team failed to contain the fight of Child and Klarion and the destruction that came with it. On the other hand, we saw Vandal in the present talking to his son Nabu aka Doctor Fate about Child. He went on to make it clear to him that there’s nothing they can do to stop Child since she is very powerful with all the Chaos Lords backing her.

“Young Justice Season 4 Episode 11 will release on 16th December 2021 at 3 am ET on HBO Max.” However, the title for the episode is not confirmed yet. Although, the next episode will dive deeper into the battle between Klarion and Child. Meanwhile, Zatanna and the others will probably try to find a way to contain it. On the other hand, Vandal Savage will set his plans in motion to evacuate Earth. He will try to get The Light and other valuables aboard the War World ship. So stay tuned for another thrilling episode.

The ongoing fourth season has once again attracted a lot of attention from the audience around the world. That is why they are wondering about where to watch Young Justice Season 4? Well, the answer to that question is a rather simple one. “Young Justice Season 4 airs every Thursday at 3 am ET on HBO Max in the United States.” Meanwhile, the previous seasons of the show are available to watch on Netflix, Amazon Prime Video, Youtube TV, and Vudu.

Where is Intrusion Filmed? All Filming Locations Explained