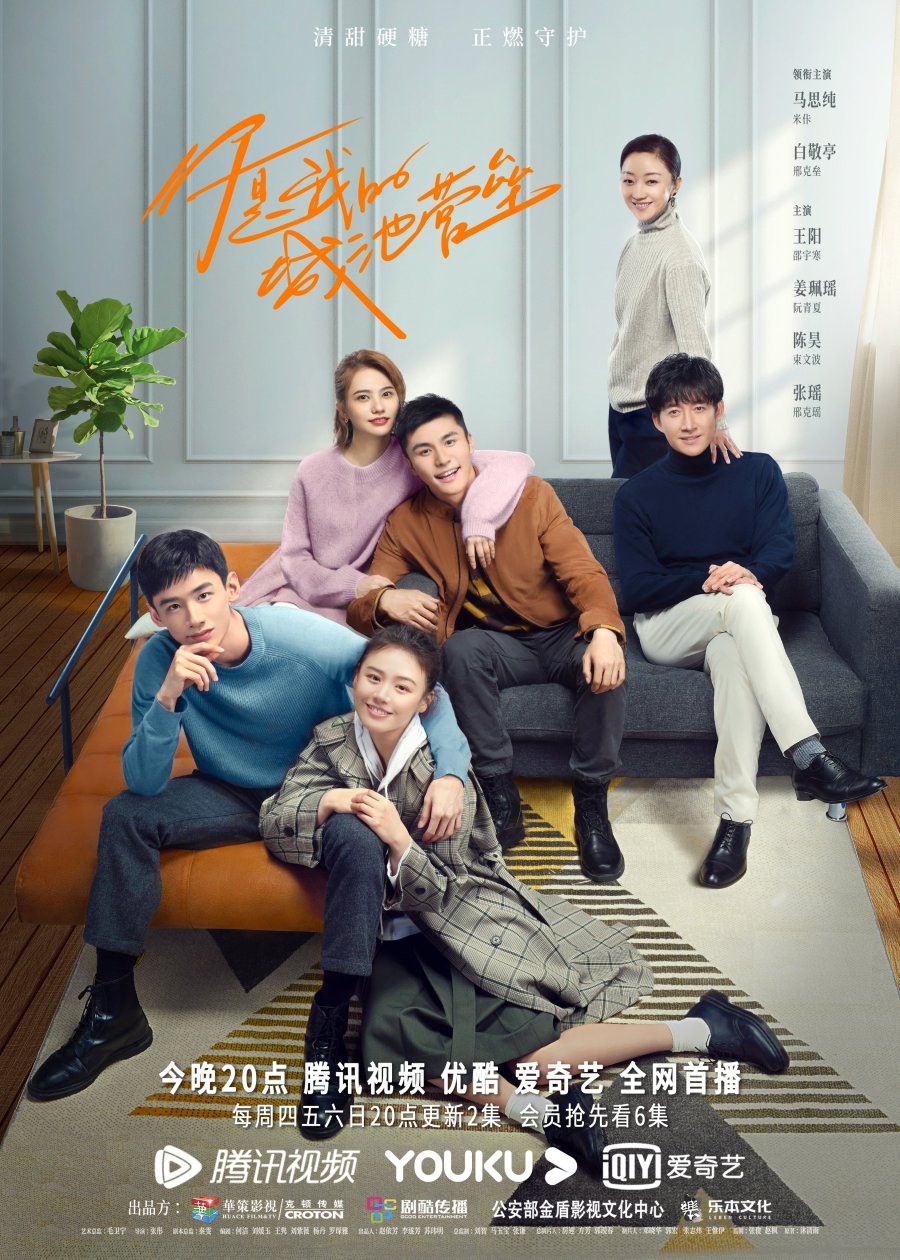 You Are My Hero (also You Are My City and Fortress) is an on-going 2021 Chinese Drama based on a novel of the same name as the dramas. Starring Sandra Ma as Mi Ka and Bai Jing Ting as Xing Ke Lei, here we get another medical military C-Drama of this year. It’s a perfect sum of action, romance, crime, and suspense, the trailer unveils. The plot says that Mi Ka serves in a medical field and Xing Ke Lei as military personnel. Mi Ka has quite an active life with patients and various exercises to attend. While on the other hand, Xing Ke Lei has a life full of ventures at every step. But both of them have the same motive- to save lives and to serve their country. But life has a different plot for both of them. The intervened destiny takes both of them to a different path.

When a volunteering opportunity approaches, Mi Ka decides to join the joint emergency rescue training exercise without having a second thought. The joint emergency rescue training exercise is a team between the hospital and the police SWAT team, where Xing Ke Lei works as a special ops agent. While working together, both of them start to develop feelings for each other. And the chemistry between them gradually gets deeper. Meanwhile, on a mission, Mi Ka gets caught in the claws of a deadly earthquake. And here the story of ‘You Are My Hero’ begins. Will Xing Ke Lei able to be the savior of Mi Ka? Will, he able to get back her safe?

Cast of You Are My Hero

The story of this drama seems to be well blended with different sentiments, and the twists & turns of this drama are something we can look forward to. Medical military chemistry has always been on a binge-watching list. So it will be no wonder if the drama glues you to the chair. Okay, so getting back to the cast of the drama, the intriguing story of this drama is an outcome of the hard work and talent of actors, directors, producers, screenwriters, and the supporting staff. So, the director of this drama is Zhang Tong and the producer is Mao Wei Ning. The screenwriting is by Qin Wen and the original writer of the story (novel) is Mu Qing Yu.

As for the main characters in the drama, Mi Ka’s role is played by Sandra Ma, and Xing Ke Lei’s is played by Bai Jing Ting in You Are My Hero. While as a supporting cast, Zhang Yao appears as Xing Ke Yao, the older sister of Xing Ke Lei. Shao Yu Han (played by Wayne Wang) is an outstanding doctor at the hospital (same as Mi Ka’s). Ruan Qing Xia (Jiang Pei Yao) is Mi Ka’s friend, a reporter, and on top of that, she likes Shu Wen Bo. Shu Wen Bo (Chen Hao) is a good friend of Xing Ke Lei and a special cop. Moreover, he likes Ruan Qing Xia but doesn’t express. So, in short, this drama is gonna be a different level of adventure.

Where to watch ‘You Are My Hero’

And this adventure is not gonna end in 16 episodes! You Are My Hero is a sum of 40 episodes and each episode is of around 46 minutes. So, no more crying over 16 episodes! Since this drama is ongoing, around 18 episodes are already available online. Yet deciding on watching this drama or not?! Then check out You Are My Hero’s official trailer on YouTube.

‘You Are My Hero’ Release Date

You Are My Hero first aired on 11th March 2021 and the assigned date for the release of the last episode is 8th April 2021. You Are My Hero is officially scheduled to broadcast on iQiyi, Youku, Tencent Video the original network of this drama. The new episodes releases every Thursday, Friday, Saturday, and Sunday. It is also available on WeTV – the international version of Tencent Video. Rakuten VIKI is also one of the online platforms where you can watch this drama. Also, this drama might not be accessible on the mentioned websites in many regions. So, check out the working websites beforehand. Check them, grab popcorns, and enjoy the drama!