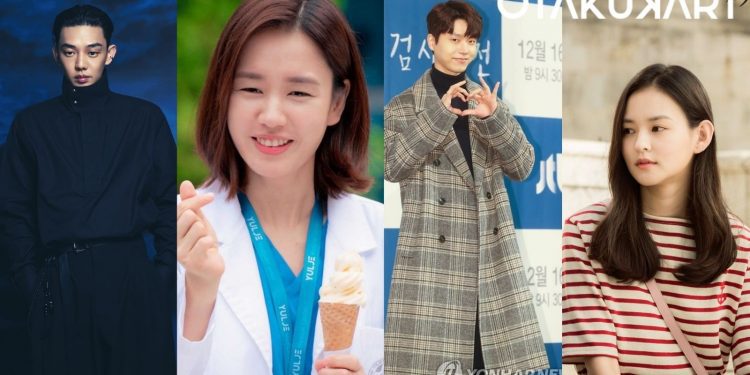 Netflix is expanding its Korean drama library with another drama. Hellbound’s Yoo Ah In and Ahn Eun Jin will be starring in the upcoming Netflix drama Goodbye Earth, helmed by “My Name” director. Jeon Seong Woo and Kim Yoon Hye will join the leading cast lineup. The Kdrama fans are excited to see the talented cast and crew come together for another hit drama after Netflix’s My Name, Hellbound, and Squid Game.

“Goodbye Earth” will tell the story of four individuals who have 200 days until Earth collides with an asteroid. The thriller will display their chaotic lives while waiting for the Earth to collapse.

Kim Jin Min of ‘Extracircullar’ and ‘My Name” will direct the drama. Meanwhile, Jung Sung Joo, who wrote ‘Secret Love Affair,’ will pen down the script.

Yoo Ah In (Hellbound, Chicago Typewriter) will play Ha Yoon Sang, a researcher in the Institute of Bioscience and Biotechnology. He leaves the United States to move to Korea to be with his girlfriend, Jin Se Kyung.

Ahn Eun Jin (The One and Only, Hospital Playlist) will play Jin Se Kyung, an ex-middle school teacher. Due to the asteroid situation, she begins to volunteer at Ungcheon City Hall to protect children from dangerous situations. Yoon Sang and Se Kyung have been in a relationship for a long time.

Jeon Seong Woo (The Diary Of A Prosecutor) will take on the character of Woo Sung Jae. After the head priest disappears because of the asteroid situation, Sung-Jae starts working as the assistant priest and takes care of the church.

Kim Yoon Hye (My Sassy Girl, Vincenzo) is transforming into Kang In Ah, a commander of a combat service support battalion. After the city falls into a dark place, she helps the residents by delivering necessities and protecting them.

Are you excited about Goodbye Earth? In the meantime, watch Hellbound here on Netflix.