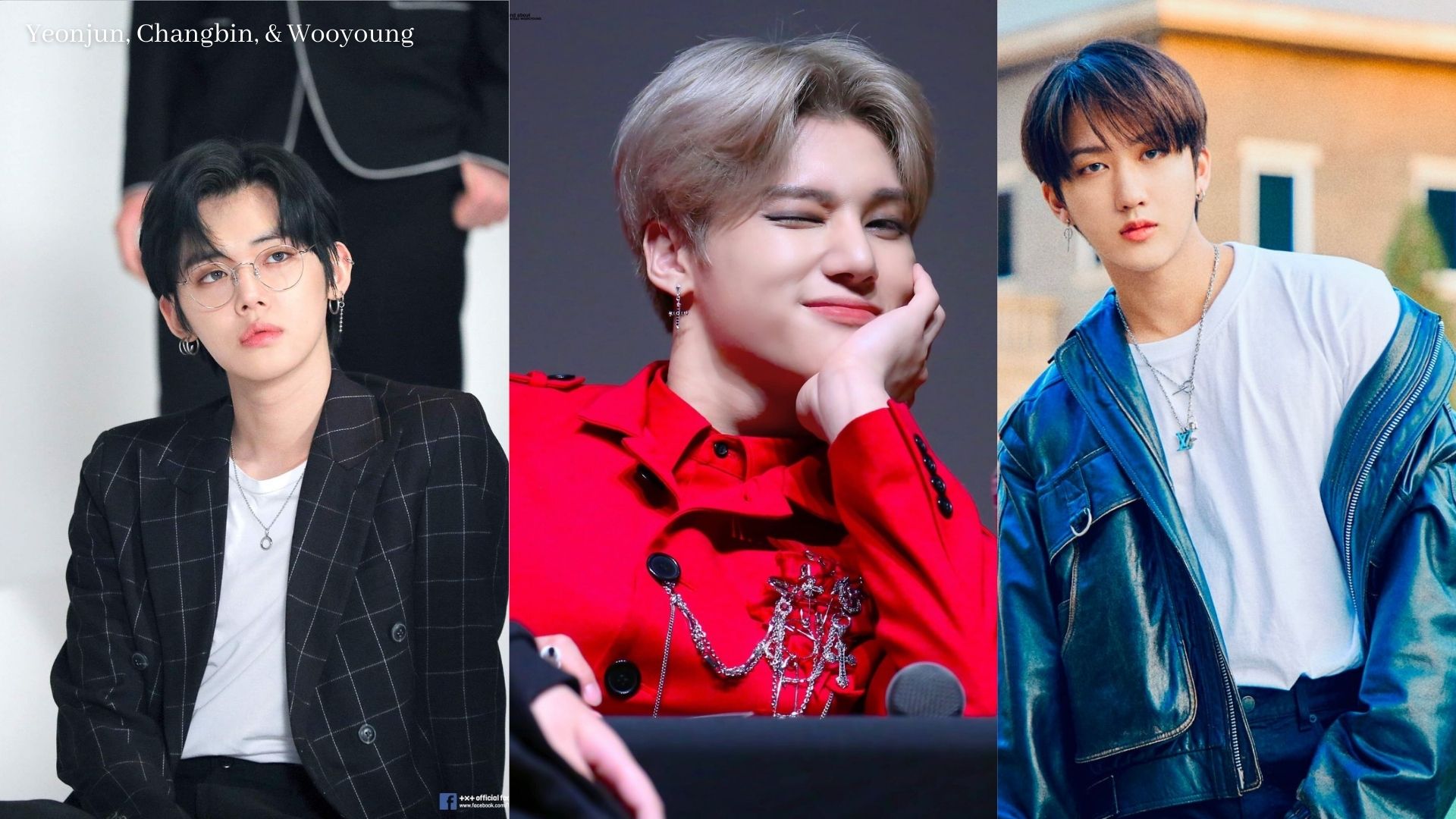 The internet is in a constant buzz mode with the latest Yeonjun, Changbin, and Wooyoung’s selfie. All the three fandoms out there have stacked up the internet with tweets and re-tweets about the same, and it is no surprise that the whole K-Pop fandom has lost their senses together in this. Some of them didn’t even believe that it is real, but when more videos about the same were uploaded, it came out as a very pleasant surprise for all of them out there.

There is a taboo in the industry that all the idols are constantly trying to outdo each other. It is true that several fandoms out there are always on each other’s necks for various reasons. With passing time, the outer layer of the industry appears to be dipped in nail-biting competition where everyone is trying to climb the top of the ladder. Well, some of it is true, but it is not the complete reality.

Keeping this made-up reality apart, there is nothing fans love more than watching their favorite idols spend time with each other. There are many famous and lovable friendships out there that have proved the above taboo wrong in many ways. This recent surprising release in the form of Yeonjun, Changbin, and Wooyoung’s selfie has once again proved the epic friendship between the idols.

Let’s have a closer look at this news and find out the backstory about the same.

Yeonjun, Changbin, and Wooyoung’s Selfie: The Story Behind

TXT’s Yeonjun, Stray Kids’ Changbin, and ATEEZ’s Wooyoung have once again bagged the media spotlight. Since the three groups have debuted, fans have seen several adorable interactions between the idols. One of them was in Mnet’s Kingdom, where fans met the duo of “Alkong” and “Dalkog”. The other being Yeonjun surprising everyone by coming to Wooyoung’s birthday live broadcast and calling him “honey”.

The entire interaction was really adorable to watch. Wooyoung pointed out that Yeonjun snapped a screenshot of the live broadcast and captioned it, “You are such a cutie. What a darling”. And, just seconds in, Wooyoung was laughing loud. 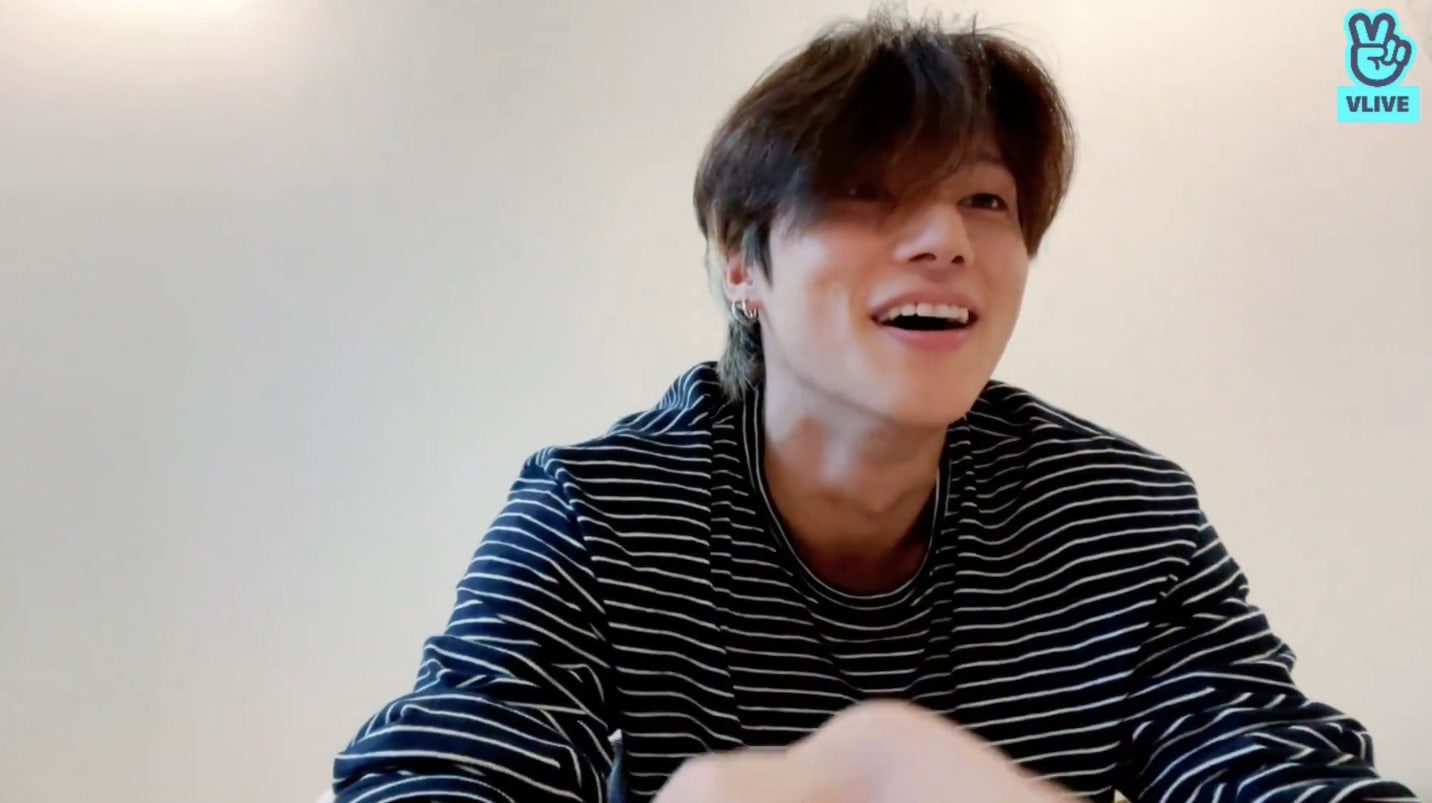 Well, aren’t they the most adorable trio?? Recently, fans out there have again flooded the internet with the trio’s adorableness. The latest selfies of them have become the center of attraction for everyone out there. It all started with Changbin showing his phone during a broadcast, and viewers were quick to notice the tiniest details. Well, they are eagle-eyed for a reason.

Just like the majority of the K-Pop fans who have their idol’s photocard in their phone cases, Changbin had a selfie of himself, Yeonjun, and Wooyoung in his phone’s case. 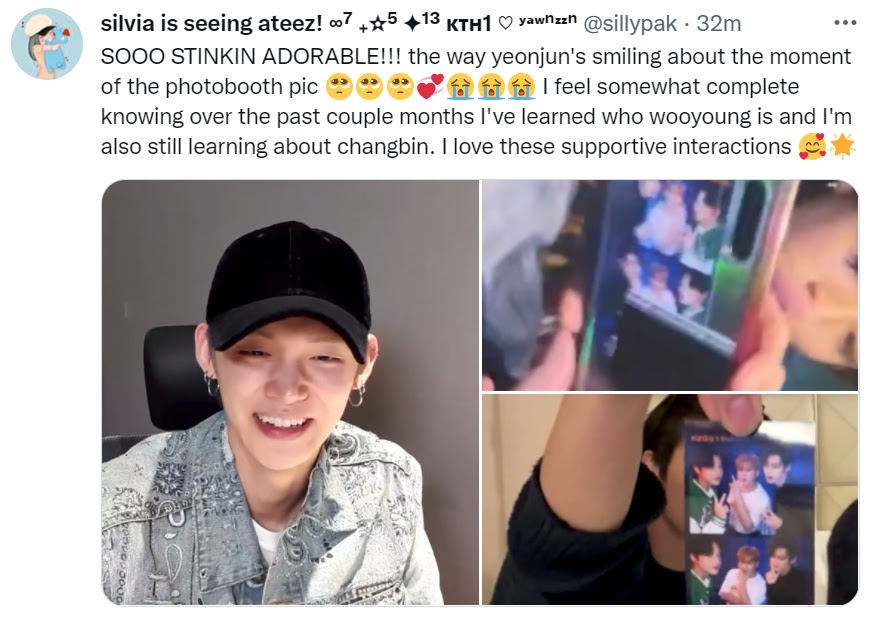 It didn’t take long for the image to get viral all over the internet, and fans out there wanted to know more about the adorable picture. While some were asking for a high-quality version of the same, others were digging down the story behind it because a K-Pop multi-stan needs to know!! Luckily, all their demands were fulfilled on January 17 (KST) when Wooyoung and Jongho went live during their American leg tour.

During the live, fans finally got a perfect glimpse of the photo as Wooyoung took the photocard out of his case and showed it to the viewers. Later, things became clearer when Yeonjun went live in Korea. During the iconic live broadcast, he was repeatedly asked about the selfie by the MOAs. Noticing the comments, he explained the story behind the polaroid. With a wide smile on his face, he explained that when they took the selfie, it was decided that everyone would put it inside their phone cases. He didn’t fail to mention that they are really good friends. 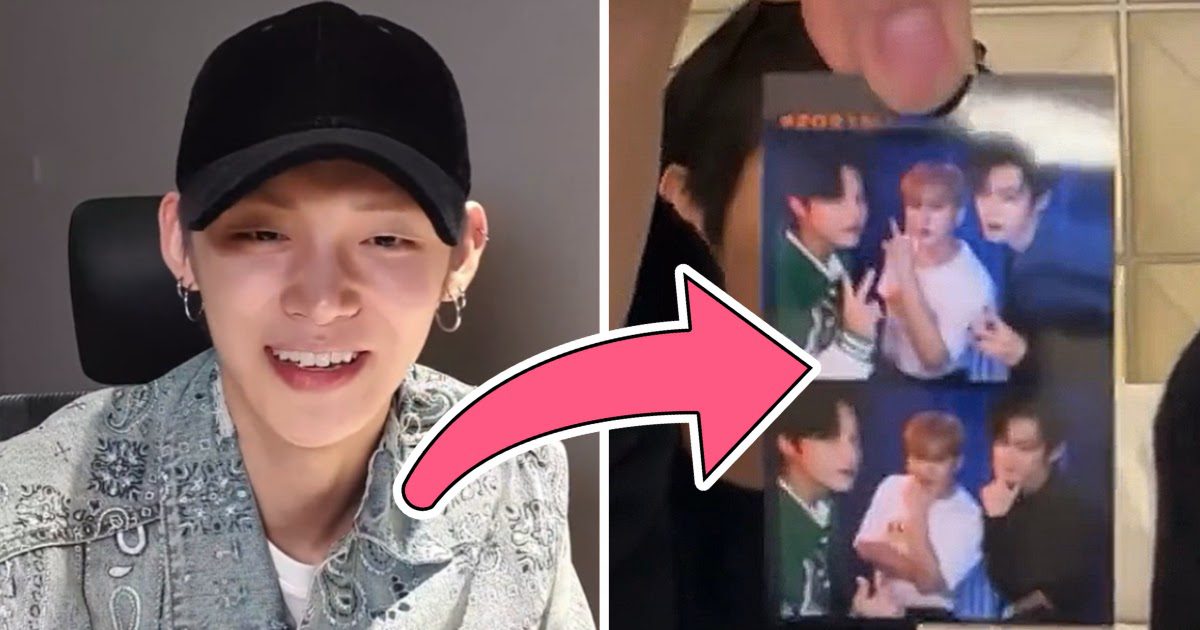 It was really good to see them getting together despite their busy schedules and hectic work backgrounds. Fans out there are loving their sweet friendship and their adorable interactions with each other. And, of course, this friendship is a complete blessing to all the multi-stans out there. Hopefully, we will get to see more glimpses of their adorable moments together in the future.

ALSO READ: 10 Kpop Idol Visual Pairs That Are Too Good For This World