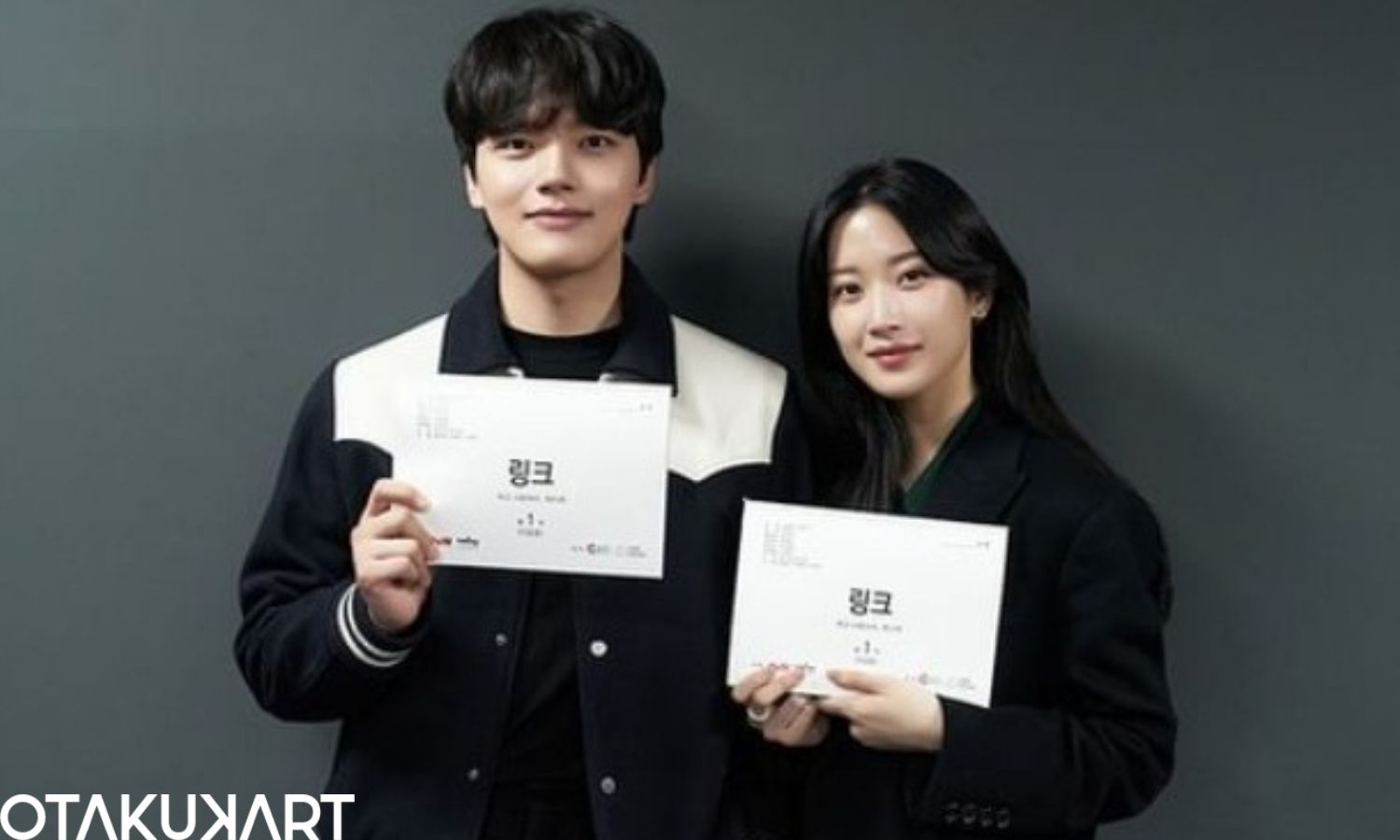 The cast and crew of the upcoming k-drama Link: Eat, Love, Die gathered for the script reading recently. The images from the script reading were uploaded on tvN’s Instagram page. Yeo Jin Goo and Moon Ga Young are the main leads of the romance-fantasy k-drama. Yeo Jin Goo marked his appearance in the drama “Hotel Del Luna” alongside IU. And Moon Ga Young was the female lead of “True Beauty,” where she played the role of a teenager who covers herself with makeup. Her role was much appreciated for the message that she carried through the role- “Beauty Lies Within.”

The combination of the actors is so dazzling that the fans can’t wait to watch the show! “Link: Eat, Love, Kill” is directed by the producing director Hong Jong Chan and Leon Ki-Young is the scriptwriter. Well-known dramas like “My Private Life” and “Doctor Stranger” were directed by Hong Jong Chan. Fans have high expectations for this k-drama as this is an amazing cast choice, as well as the director has come up with quite impressive dramas previously. Here, let us take a look at what happened at the Link: Eat, Love, Die script reading.

The main lead played by Yeo Jin Goo, out of the blue, goes through all kinds of emotions and feelings that the female lead experiences at the same time. This kind of event will be shown as happened eighteen years before too. Let’s take a close look at the characters:

This character is played by Yeo Jin Goo, who is the main lead of this drama. Gye-Hoon is a restaurant chef. He expresses the chaos of a person who experiences the emotions of an unknown female. Throughout the k-drama, the actor has to put on his best bit of acting to express the feelings of someone else that he goes through on his own. This is a very challenging role to play.

The female lead of this k-drama is portrayed by Moon Ga Young. She is a waitress at Jihwa Restaurant. Da-Hyeon is also a trainee in the restaurant. She considers herself the unluckiest person to whom only unpleasant things happen. Da-Hyeon’s life is without any wind. She very firmly believes that she got “No Luck With Men.”

They both must be the second leads of the k-drama. Song Deok-ho (Ji Won Tak) is a police officer in one Jihwa district. Lee Bom-Sori (Hwang Min Jo) used to be the girlfriend of Sung Deok Ho. But that was in the past. They broke up a while ago. And now, in the present scenario, they share a Senior-Junior relationship. We have to wait and see how their relationship unfolds, from being old lovers to sharing a superior-subordinate bond.

Hong Bok-hee is the mother of the female lead. She loves her daughter Da-Hyeon more than her life. Then there’s Na Chun-ok. She plays the role of grandmother, “Who’s actions are quicker than words.” 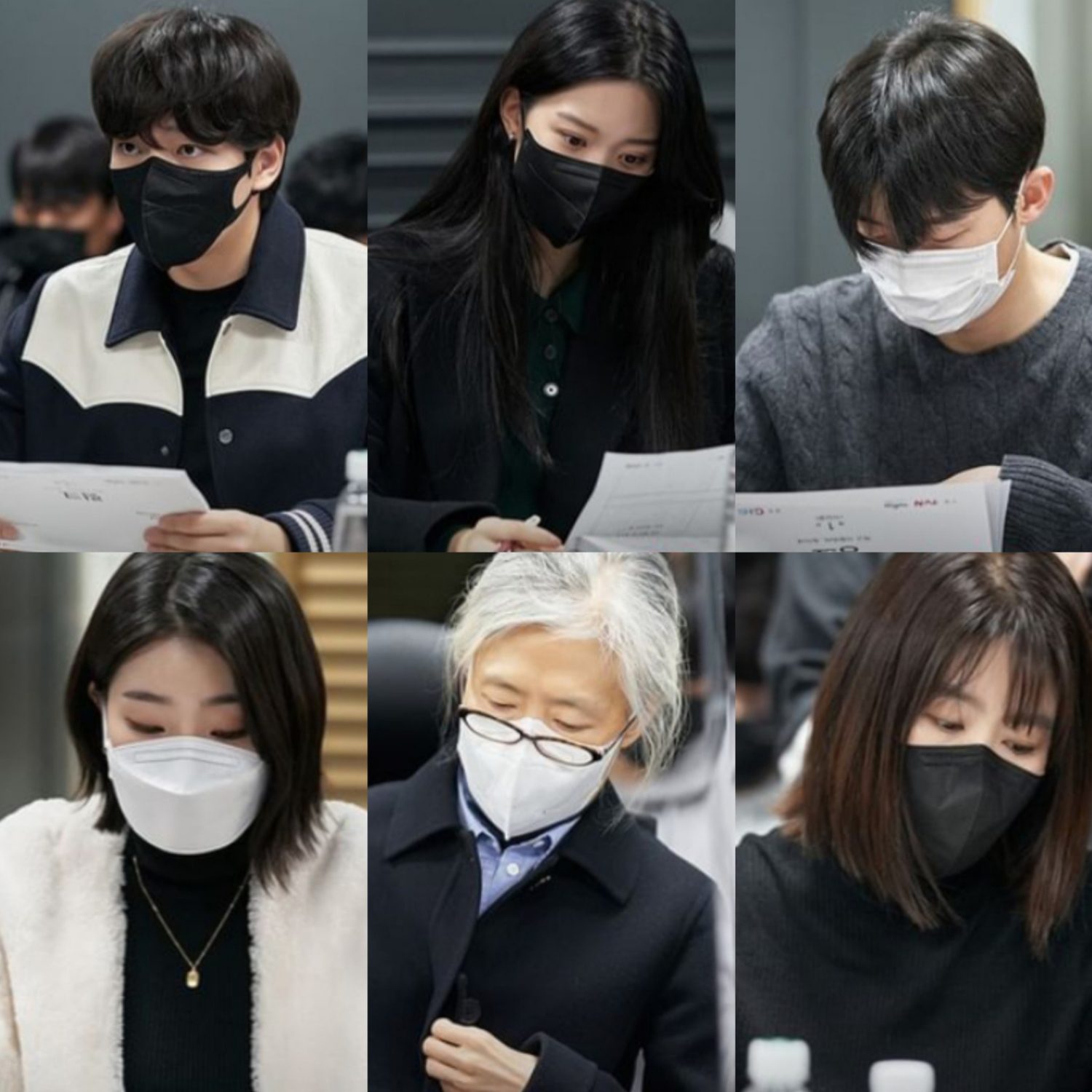 The cast of Link: Eat &Love to Kill Cr: tvN

Jiwa-dong is a secret town that brought the leads together. Da-Hyeon will eventually meet Gye-Hoon and may fall for her, or it is the other way around. But anyways, it will be interesting to watch the romance unfold.

After reading the script, Yeo Jin-goo said, “I missed dramas like this a bit,” and added, “I thought this role would be difficult while reading the script. But I guess it would be fun too.” Moon Ga-young also expressed her will, saying, “I want to receive the sympathy of many people.”

The chemistry shared between the main leads was so amazing that it was hard to believe that it was their first meeting at the script reading site, where PD Hong Jong-chan and writer Kwon Ki-young, as well as the main characters of the drama, gathered together.

Also Read: What Is Moon Ga Young’s Net Worth? All About Her Assets & Career