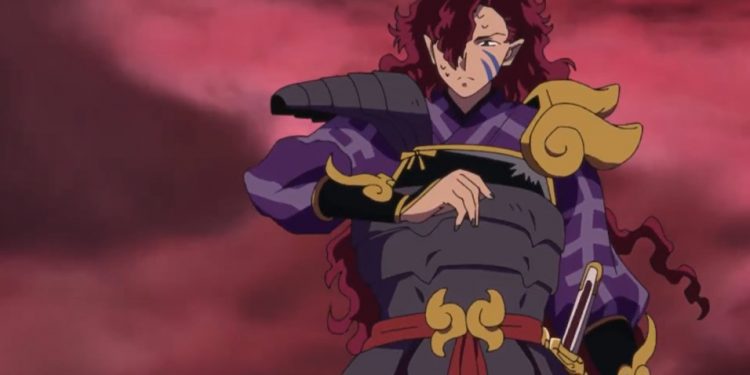 Yashahime: Princess-Half-Demon – The Second Act Episode 15 reveals the end of Zero vs. Towa after Riku interferes and fulfills Zero’s wish. Towa and Setsuna managed to undo the fate that bound Rin to Zero. They saved Zero’s heat, and Riku sent Zero to heaven. Rin got freed from her curse and was able to reunite with Sesshomaru. Moroha learned that her parents are half-demon Inuyasha and Kagome. Yashahime: Princess Half-Demon – The Second Act’s latest episode reveals the mystery behind Inuyasha and Kagome, a reincarnation of a legendary priestess. Kagome and Inuyasha were sealed by Lord Sesshomaru 14 years ago inside the Black Pearl.

After Kagome and Inuyasha disappeared, Moroha was left with Hachi and Raccoon Dog, who sent her to the Wolf-Demon Tribe. Moroha ent training under Yawaragi to become a first-rate bounty hunter. Later Moroha met with Sessohomaru, who gave her the Black Pearl. Moroha realizes that the Black Pearl will reunite her with her parents. But she was surprised when Kirinmaru arrived and took the Bleck Pearl away from her. Kirinmaru told Moroha to bring Akiru and get the Black Pearl. Meanwhile, Riku mourns Zero’s death. Towa wondered if Riku was okay, and he told them not to worry.

Riku reminds Towa and Setsuna that he fulfilled Zero’s wish. Rion believes that aunt Zero is grateful to them. Setsuna realizes that Rin is safe and tells Towa to see their mother. Rion told the two to go now and see Rin since Rin might be waiting for them. Setsuna summons Cat Demon Kirara to transport them to Rin’s location. But Towa notice that Riku is disturbed and wonders what Riku is thinking. The trio left the scene as Cat Demon Kirara transported them.

Rion reminds Riku that she needs his help; meanwhile, Bounty Hunter vs. Beast King Kirinmaru begins. Beast King Kirnmaru realizes that the Black Pearl can send him to where Dog-Demon of the West was laid to rest. He also talked about the priestess who erased the Shinkon Jewel sealed within it. Bounty Demon Hunter Moroha told Takechiyo to stand back. She told Kirimaru to give her Black Pearl or slay him. Moroha attacks, and Kirinmaru uses his two fingers to block her blade. She struggles to take her sword back, and Kirinmaru tells her he wouldn’t repeat what he told her.

Kirinmaru reminds her to bring Akuru if she wants that Black Pearl. Moroha realizes that she has never met with Akuru and asks him who that is. Kirimaru reveals that Akuru is a spirit who has been around since the Ages of Gods. Moroha saw a strange person passing by and wondered if it was Akuru. Kirinmaru knows that Akuru possesses the power to open the doorways through time. He adds that those chosen by the ages can see Akuru. Moroha realizes that she has seen that guy, and Kirimarun is glad that she did.

She realizes that Rion once told her about Akuru and why Kirinmaru needs Akuru since he can’t travel beyond space and time. Kirinmaru has to capture Akuru to travel beyond space and time. He also wants to move the Wind Mill of Time, and if he achieves his goals, he will erase everything in the world to create a new one. Moropha refuses to look for Akuru and transforms into Deniyasha, the Destroyer of Lands, to challenge Kirinamaru on a duel. But Kirinmaru blocked all of her attacks. Kirinmaru defeats her with a single blow.