lets make a mug too

If spring does not bring in good shoujo anime, what will? Shoujo anime has a certain peace to it that every female watcher would understand. It’s all thanks to Nippon Animation that the spring of 2021 has brought us yet another appreciated anime based on the manga series Yakunara Mug Cup Mo. The manga was serialized by Planet and had a total of 33 volumes. The anime adaptation is sure to relax you. It also goes by the name ‘Let’s make a mug too!’.

The anime has been licensed by Crunchyroll and produced by Half H.P studio. Jun Kamiya has directed the series. The anime is following the trails of the manga without any experimentation. It centers on art and serenity at the same time. If you love anime like Kono Oto Tomare and Sketch: Full Colors, you should not hesitate to give this anime a chance.

The anime focuses a lot on the sceneries of Tajimi City in the Gifu Prefecture, Japan. Tajimi City is a hub of ceramics. The anime shows off the rich ceramic culture without fail that will leave you in awe. Toyakawa Himeno, a high school student, moves to the city with her father, who has recently quit being a salaryman. She has come to her Mother’s birthplace years later. 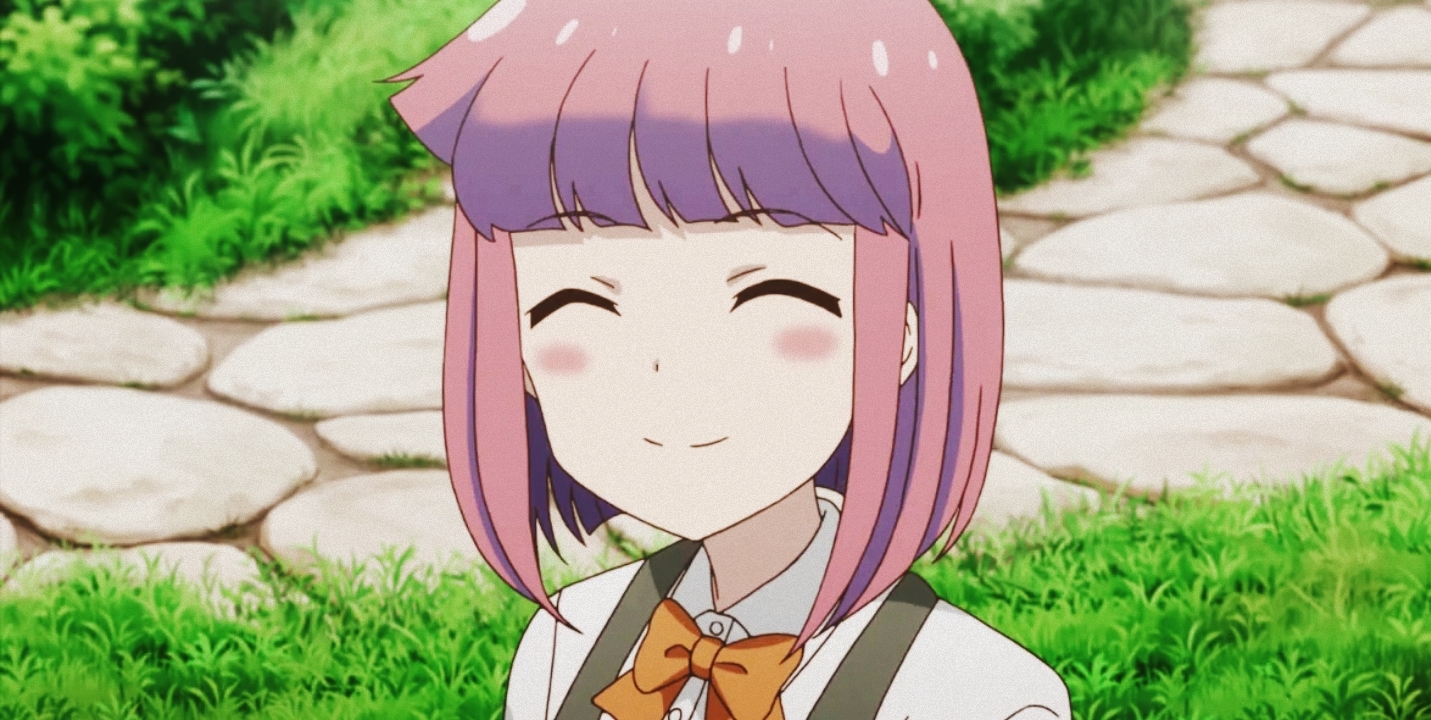 Himeno is a typical high school girl. When she enters her new school, she makes new friends. She is introduced to the pottery club. Here, she learns that her late mother used to be a legendary potter. Taken by shock and awe, she decides to continue learning pottery in the club. Through the rich art of pottery, Yakunara Mug Cup Mo enriches the viewers with thoughtful views on life. As the plot deepens, get ready to find yourself understanding the tangled life better with the protagonist.

This CGDCT anime has a varied range of characters. The enthusiastic girls of this club add so much color to the anime. The first episode is short, but it is a lot of fun as you see the girls. Yakunara Mug Cup Mo blended that fun with Himeno’s flashback about her mother amazingly. It’s sad, beautiful, and happy at the same time. Overall, the plot is charming, and I’m undoubtedly looking forward to more episodes and seasons of this anime series.

The first episode has been released, and there have been some really positive responses from fans. The addition of the video footage featuring voice actors gave us a true insight into Tajimi City. Indeed, it is a lovely place one would cherish visiting.

Yakunara Mug Cup Mo aired on 3 April 2021 at 00:55 hours (JST). Crunchyroll has licensed it. It broadcasts on CBC, Tokyo MX, BS11, and MBS stations in Japan. You can stream it online on Crunchyroll. The anime also released a special episode on March 26, 2021. The opening theme has been performed by the voice actors of the four main cast. It is called Tobira O Aketara. The ending theme, Pale Blue, is performed by Aya Uchida.

Please refrain from streaming the anime on illegal sites. Watch the anime on legal websites and sources to support the creators for their efforts.

The trailer gives away the basic plotline of the anime. You can see glimpses of the four main characters– Naoko, Himeno, Mika, and Touko.

The animation of this anime is smooth. It has nothing outstanding in particular, but it makes use of common animations that fit the genre. There are clarity and proper gradient that fits the scenic beauty of Tajimi.

The art style of Yakunara Mug Cup Mo is adorable. It is very aesthetically pleasing, and I love how the different character designs fit their personalities. The cups and mugs that the characters make are really pretty too. I find the art style in Sol anime very appealing usually. But, this anime has become a personal favorite now in terms of art style.

The main characters of the anime feature the voices of Wakai Yuuki (as Naoko Naruse), Minami Tanaka (as Toyokawa Himeno), Yuu Serizawa (as Mika Kukuri), and Rina Honizumi (as Aoki Touko).