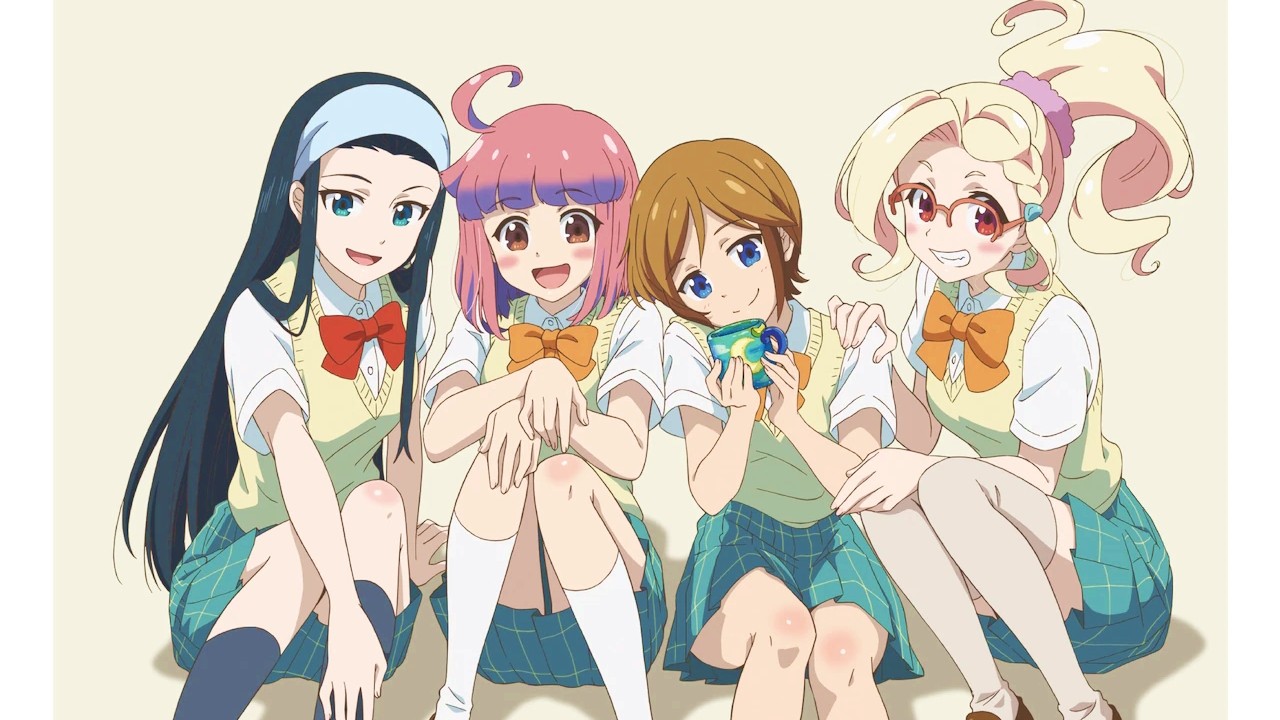 Yakunara Mug Cup Mo, a series all about pottery and the joys surrounding it. It’s a slice-of-life genre story set in the Gifu Prefecture in the Tajimi City. So far, the manga has been serialized online. It first appeared on Planet in the year 2012 and, so far, has been collected into 33 digital volumes. It also received a second manga series written by Osamu Kashiwara. The second one was serialized on Akita Shoten’s online Manga Cross website on January 28, 2021. The manga series was also announced to be adapted into an anime via a Twitter announcement on February 14, 2020.

Well, fans of the online manga would be glad to know that the anime is finally out. The first episode was released after a special introduction which was put out on March 26, 2021. The first episode was released on 3rd April, and the second one is about to be released on April 12, 2021. The animation is pretty commendable, the characters interesting, and the story is perfect and unique even in the slice of life genre. Maybe the creativity in storylines is what will keep the slice of life genre one of the most interesting and variety-filled genres ever. The series is adapted by Nippon and directed by Jun Kamiya. It can be watched with ease on Crunchyroll as they have acquired the license for it.

So, what is Yakunara Mug Cup mo all about? What are the characters like? And how was the first episode? Let’s analyze in detail. 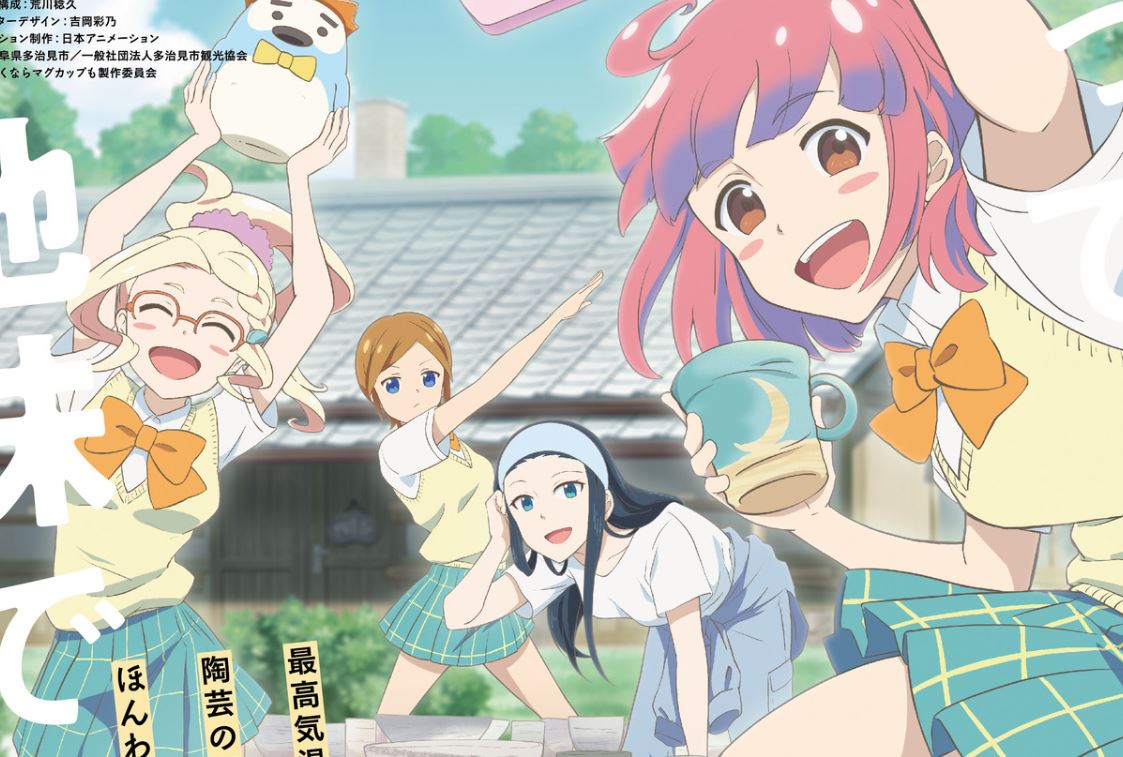 Promotional Picture For The Anime

The series kicks off in a shopping street in Tajimi city. Himeno Toyokawa lost her mother when she was merely 4 years old. At the start of the story, we are shown that her father’s company has gone bankrupt. He previously left his monthly salaried job to open the company but ended up suffering huge losses. As a result, Himeno and her family of three had to move to the Gifu Prefecture in Tajimi. They opened up a café there on the averagely busy shopping street. Himeno’s café is stacked with a plethora of beautiful mug cups created by her mother. She was a famous pottery artist when she was still alive.

Later on, Himeno goes to school to discover a pottery club where their upperclassman recognizes her mother’s work. She decides to join the pottery club, and now, a lot of great experiences await her and her club. Will Himeno be able to connect to her mother better through the club? Or will she lose interest at some point? You’ll have to watch to find out.

The first episode shows us just the summary of the introduction. But it gives off a lot of important character details and gives us a taste of the show as a whole. In our opinion, it’s a perfect first episode that sets up the series well. It sets up the premise and establishes an emotional connection with the viewers. The first episode sees Himeno pray to the picture of her mother before leaving for her first day of school. The animation wonderfully shows the springtime in Japan with a lot of cherry blossoms flying in the sky. She finds out about her class and bumps into another character Mika Kakuri, a cheerful person who’s always full of energy. After seeing Himeno’s collection of mug cups, Mika encourages her to join the pottery club. 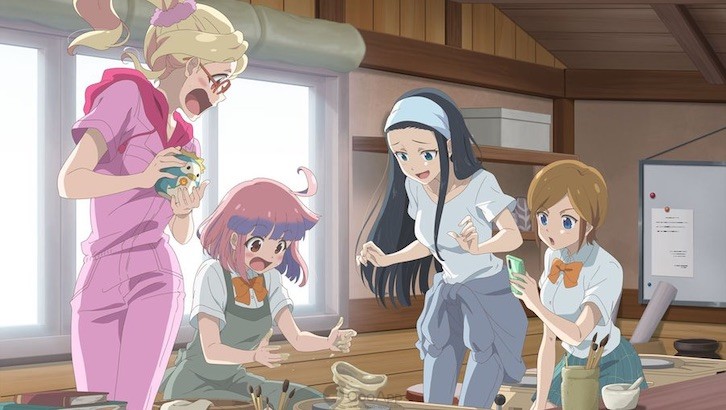 Himeno is a good protagonist for the series. She seems upbeat even though she could have a number of reasons to be sad about. She doesn’t get down, and it looks like she’s someone full of life. She joins the potter club after realizing that her mother also used to practice in the same place. This drive to remember her mother, who she barely remembers, is truly worth watching and admiring. On the other hand, her friend Naoko is more of an introvert and doesn’t speak as much.

Naoko is pretty supportive of Himeno and ends up joining the pottery club with her. There’s also Mika, who’s always talking and usually speaks at the top of her lungs. She’s the comic relief character in the show and surely fills up any gaps left by the calm nature of the show.

We cannot complain about the animation of Yakunara Mug Cup mo. It is perfect and barely subject to any critique with the bright and lively colors and the Sakura April theme of the first episode. The character designs are pleasant to look at, and the colors and sequences only make the show more pleasurable than before. 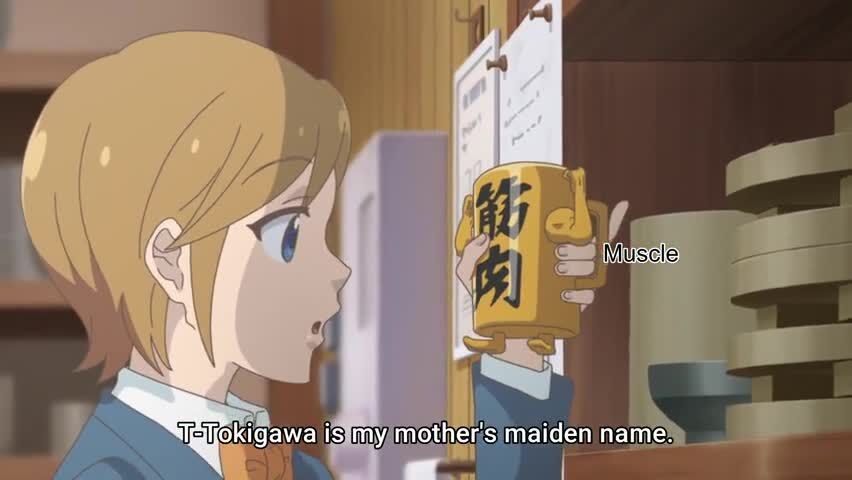 Yakunara Mug Cup mo episode one was the perfect first episode for the series. It is engaging and peaceful. It perfectly depicts how the show works and is something you can enjoy if you’re looking for a light-hearted watch over the weekend.