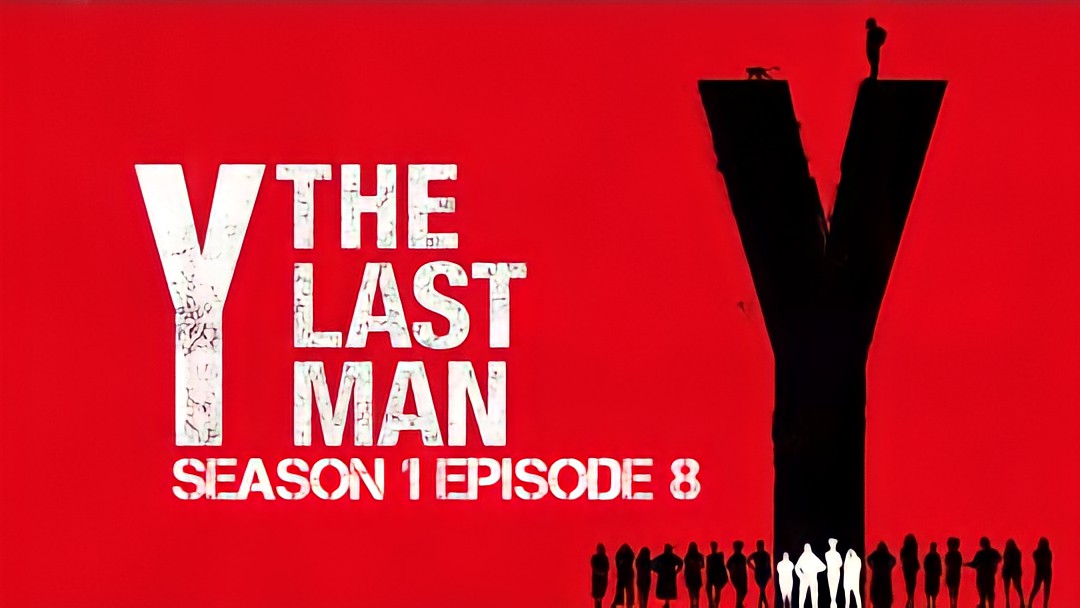 Y: The Last Man is available to stream on FX on Hulu.

Y: The Last Man season 1 episode 8 will see things gaining momentum as the season approaches its conclusion. Several storylines are building up to a very possible converge awaiting us in the finale. The previous episode saw Yorick, Mann, and Agent 355 hit another roadblock (a tree, actually) on their way. Right now, the trio is in captivity inside a former women’s prison. Meanwhile, Kimberley and Regina learnt the truth about Yorick. However, the episode ended with a terrifying turn of events when Marla jumped off the roof to her death. Episode 8 will delve into the aftermath of the shocking ending while also dealing with other high-stake developments.

A post-apocalyptic drama, Y: The Last Man is developed by Eliza Clark. The story takes place in a post-apocalyptic world where all mammals with a Y chromosome have died. The phenomenon was instantaneous, abrupt, and mysterious. However, there exists one man — Yorick Brown — and his pet monkey Ampersand, both of whom have somehow survived the wipeout. We follow Yorick as he travels through the world. Meanwhile, the survivors from the cataclysmic event struggle to restore society and structure. Yorick’s mother — Jennifer Brown — is now the new U.S. Preside. Let’s now delve into all that episode 8 of Y: The Last Man season 1 entails. Spoilers ahead! 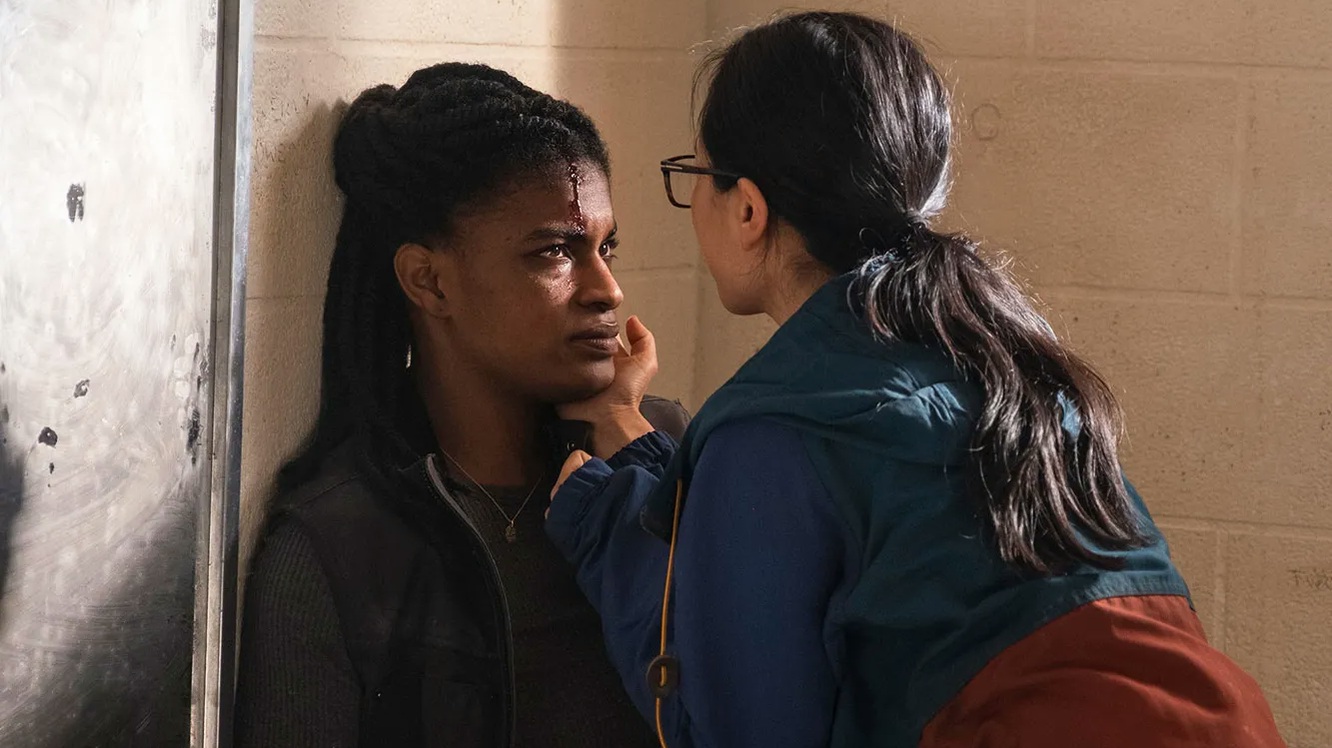 Y: The Last Man is available to stream online on Hulu. Viewers can head to FX on Hulu and start binging the TV show. In the US, you can only watch it via FX on Hulu. Internationally, it’s available to stream on Disney+. In India, viewers can watch the show on Disney+ Hotstar. There are three more episodes left before season 1 of Y: The Last Man concludes. Season 1 finale is set to premiere on November 1, 2021.

Yorick, Mann, and Agent 355 seem to have a penchant for getting into trouble. Their journey to the West Coast has met many hurdles so far. Episode 7 was no exception to the trend. The episode, titled “My Mother Saw a Monkey,” opens with the trio preparing to hit the road again. Agent 355 looks for some gasoline while Yorick tries to make up with her for the last time. It doesn’t quite work, and 355 is still pretty angry. On their way, Yorick gets an itch to demonstrate his escape-artist capabilities to Mann.

Yorick tells Mann to bind his hands with a tough knot, and she does. However, before she can finish tying the knot, Agent 355 slightly dozes off and loses control of the van. She tries to save it, but the camper van swerves uncontrollably and finally crashes into a tree. Upon waking up, Mann checks up on Yorick, who is unconscious but still alive. She then checks up on Agent 355, who’s not in the driver’s seat. Barely recovered from what has transpired, another problem knocks on the door. A bunch of vehicles with intense lights and women with weapons stop by and abduct them.

The episode then cuts to the Pentagon, and we see the captain from the last episode report what she witnessed. She tells them that she saw a man. Jennifer scoffs at her to point out the absurdity of the claims. She succeeds at making the captain’s claims sound illogical. Jennifer takes off and, on her way out, tells Christine to reassign the agents before they tell others their story. We then cut to Kimberly and Marla, who argue over Jennifer.

Yorick talking to the women who brought him along with Mann and Agent 355 to a former prison.

Yorick, Mann, and Agent 355 in Captivity

Elsewhere, Yorick wakes up and finds a woman sitting beside him. Later, Yorick tries to find Ampersand but meets a group of women. They take him outside and interrogate him. Yorick tells them he doesn’t know how he and Ampersand survived. We then see Agent 355 waking up in the woods, going to the van, and finding everyone dead. However, this is just a hallucination, and she is actually in captivity along with Mann. Both of the women, reasonably angry at each other, start arguing and fighting.

Jennifer addresses the protestors when she spots Beth in the crowd. She takes her inside, and they talk. Meanwhile, Regina argues with Kimberly, too, telling her there’s no evidence Jennifer ordered 355 to kill the pilots. Regina later on shares that a captain claimed to have seen a man with a monkey. Marla instantly understands who she’s talking about. Back in captivity, Mann and Agent 355 continue to fight while the latter figures out that they’re in a women’s prison. The women talk more to Yorick and then send him to the same cell as Mann and Agent 355. Meanwhile, we also learn that Agent’s family died in an accident when she was 12. Later, she tells the other two that these women must be former prison inmates and quite dangerous.

Back at the Pentagon, Regina, and Kimberley discuss what to do now that they know Marla saw Yorick alive. Meanwhile, Beth says that the catastrophe must have been man-made. She then tells her that she wishes she didn’t turn Yorick’s proposal down. Marla later arrives and starts shouting that it should’ve been her husband and children to survive. However, she takes off before she makes her discovery known. Back at the prison, Yorick argues with Agent 355 now. They get into a fight after he tells her not to try to break out of there in the condition she’s in.

The girl earlier sitting beside Yorick (whose name is Sonja) arrives and tells them that women have agreed to let them stay. Kimberley criticizes Marla for blurting out stuff and making a scene earlier on. Kimberley believes that all that has happened is according to God’s plan. Marla thinks the contrary. Yorick goes to have dinner with a large group of women. The group leader Janice greets him, and Sonja gives Yorick some background details on Janice’s past crimes. Episode 7 of Y: The Last Man ends with Kimberley witnessing a harrowing event. When she goes to her mom’s room, she finds that Marla is not there. She finds a note instead. As she reads the note, Marla jumps off the Pentagon’s roof. 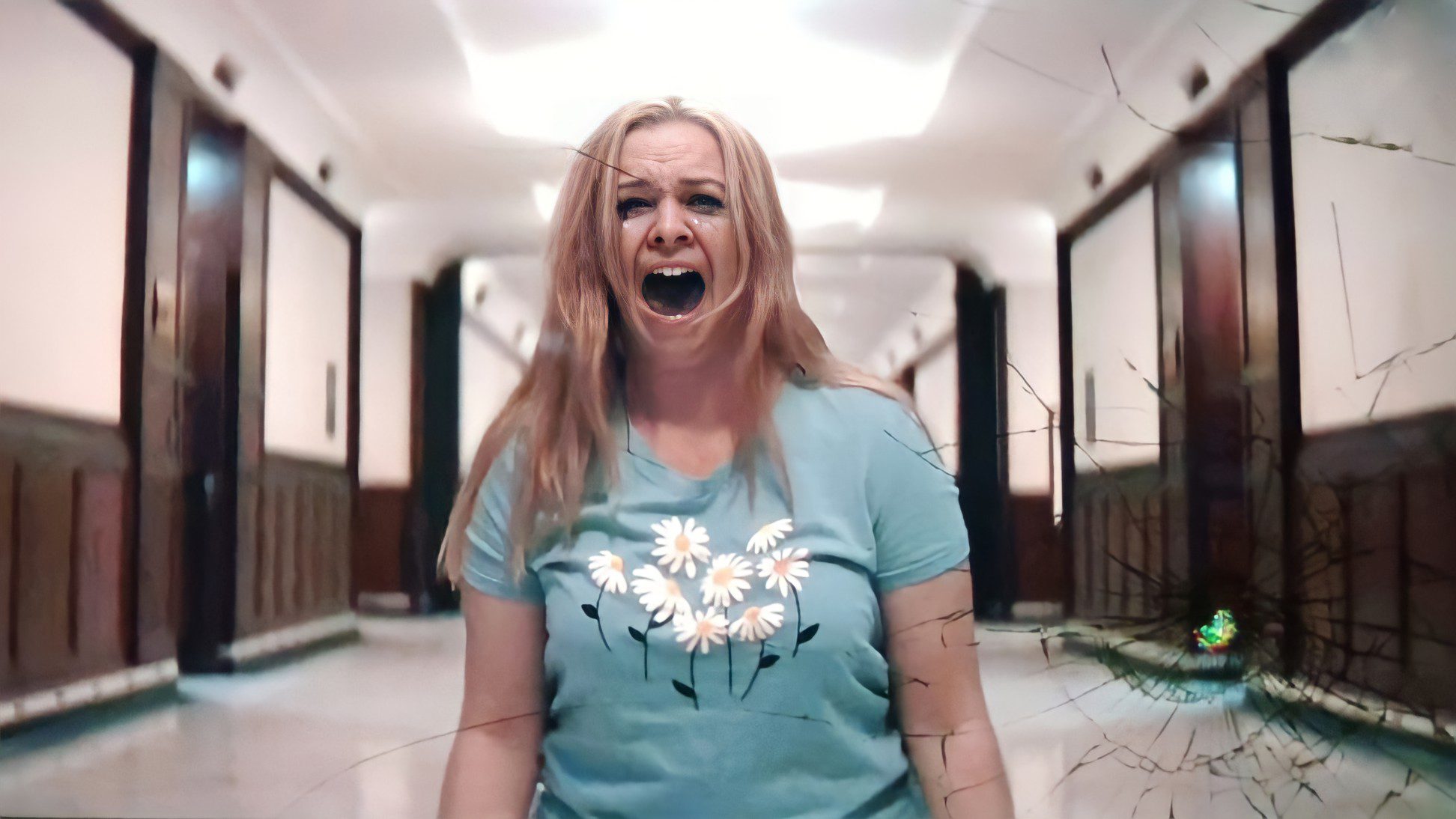 Episode 8 of Y: The Last Man season 1 will see tensions at the PriceMax spiral out of control. “Ready. Aim. Fire.” is the working title of the upcoming episode. According to the official synopsis, Hero and Sam will confront an endpoint. They will pass the point of no return, following which stakes will get incredibly high. Meanwhile, Nora will be uncovering some dangerous secrets. Furthermore, we’ll get to see what happens with Yorick and the company. The former prison inmates are, as Agent 355 warned Yorick, very dangerous. Agent 355 is currently bedridden, recovering, but she’ll most likely try to break out again. It’s an extremely delicate situation, and Yorick stands at risk of being smuggled or possibly made a part of a deal by the women. Meanwhile, Kimberley will contend with Marla’s suicide. Karena Evans has directed the episode with a teleplay from Coleman Herbert.

Also Read: Y: The Last Man: Everything About The TV Show Adaptation!

In this article:disney, Hulu, Y: the last man