For those who have not watched the match because of some reason, we brought you the WWE WrestleMania Backlash 2022 result. There were six matches in the event. The wrestlers that have participated in the election are Roman Reign, The Usos, Drew McIntyre, RK-Bro, Ronda Rousey, Charlotte Flair, AJ Styles, Edge, Seth “Freakin” Rollins, and Cody Rhodes.

The main event was a six-man tag team (in this type of team three men are present on each side of the two teams and from these three one is the captain of each team). In this match, The Bloodline (Roman Reign), and The Usos (Jimmy Uso and Jey Uso) fought against Drew McIntyre and RK-Bro (Riddle and Randy Orton).

At first, Roman Reigns and Drew McIntyre came inside the ring. Reign started the fight and kicked Riddle. Because of this, McIntyre kicked (Claymore) Roman. After this, Riddle went to fight with Jey. At the ringside, Roman performed a superman punch on Orton. Like this, with the help of an enormous number of tactics and techniques, Roman Reign and The Usos won the match.

The Bloodline is a wrestling stable that consists of Roman Reigns, Roman Reigns manager Paul Heyman, and The Usos (Jimmy Uso and Jey Uso). This stable is currently performing on the Smackdown brand in WWE.

Result of the Match between Ronda Rousey and Charlotte Flair

Ronda Rousey and Charlotte Flair participated in the “I Quit” match for the WWE Smackdown Women’s Championship. The winner of this game was Ronda Rousey. Ronda Jean Rousey is an American actress as well. She is the first female American to win a medal in judo at the Olympics. “I Quit” is sort of a submission match and the only possible way to win this game is to make the opponent say two words which are “I Quit”.

Madcap Moss and Happy Corbin participated in the Singles Match. The winner of this match was Madcap Moss. He defeated him with the help of Pinfall. Pinfall is achieved by holding the shoulder of the opponent for a count of three on the mat. Pinfall is a more professional word than Pin.

Match between Edge and AJ Styles

Edge and AJ Styles participated in a Singles Match. Here, Edge won the match by defeating AJ Styles with the help of technical submission. A submission is made by holding the opponent in the giving-up position for some time. In this technique, the player forces his opponent to submit.

Match in between Omos and Bobby Lashley

Tolulope “Jordan” Omogbehin or Omos along with Montel Vontarious Porter fought against Bobby Lashley in a Singles match. The winner of this match was Omos and MVP. Omos with the help of MVP defeated Bobby Lashley by pinfall.

The birth name of MVP is Alvin Antonio Burke Jr. He is signed on the Raw rand with the ring name MVP. He has won several awards but was also involved in several crimes. When he was in prison, he changed his name to Hassan Hamin Assad and also changed his religion. Because of his future records, he has not been granted full permission for an international tour.

Match in between Cody Rhodes and Seth “Freakin” Rollins

The sixth and last match took place between Cody Rhodes and Seth “Freakin” Rollins. It was also a Singles match whose winner was Cody Rhodes. He defeated Seth “Freaking” Rollins by pinfall. 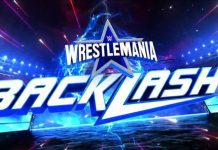 How To Watch WWE WrestleMania Backlash 2022 Online in The US, UK, And Australia? 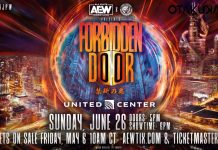