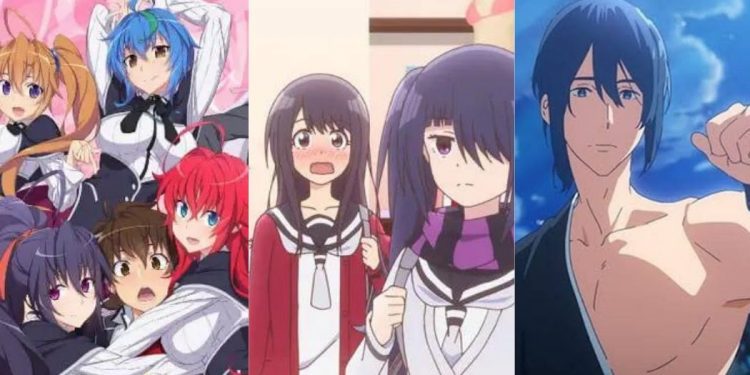 It is all about being the best that convinces many people to talk about it. But being the worst for someone doesn’t mean that you are really bad. Sometimes it is about the preference people have and what they choose to see in you. The same goes with any anime. They are rated worst on the fact that what is trending and what people like to watch. What is the thing that manages to keep someone’s attention on a particular series? When we talk in terms of Shonen anime, its popularity and rating hardly drop as it is the most favorite genre of any anime lover. But this doesn’t mean every series is going to top high on the charts. Some of the series don’t reach the audience’s expectations resulting in getting low ratings. So, here we are about to discuss the worst anime of Fall 2021.

The anime series The Promised Neverland Season 2 didn’t come out very promising. It left out a great portion of manga hence making it a flop. Not only this, but there are also other anime available that turned out utterly disappointing. In the list below, we are going to know some of these anime. All of them are listed based on the rating given to them by viewers. However, the important thing about them is that they all were released as Fall Anime in 2021. So, let’s start rewinding what we didn’t add to our watchlist for the year 2021.

The first one on the list is Blade Runner: Black Lotus, which is a Japanese – American Television series that was created by Alcon Entertainment. The series was directed by Shinji Aramaki and Kenji Kamiyama. The series was released on 14th November 2021 and was licensed to Crunchyroll. The most disappointing thing about it was that viewers expected to have the same thing as 1982’s Blade Runner, but it was running quite off-track, which upset many Blade Runner fans. It was started as a slow burn as in the first two episodes of the series. People spent all the time figuring out what the hell was going on. Even though it managed to top the classic neon-drenched style of Blade Runner but only outshined during some action scenes.

Muteking the Dancing Hero is a sequel of a series that goes by the same name released back in 1980. This anime series is not an adaptation of manga but an original anime series. The series was produced by Tatsunoko Productions. We know that making a Hero anime is a very intelligent choice but utter foolishness where people are going nuts over My Hero Academia and One Punch Man. This is one of some drawbacks that led it not to get a proper rating.

Even though it was released previously and managed to collect a decent number of fans, the new series was referred to as disappointing. When people are getting a full dose of action from MHA, then why would anyone go for an anime that literally gives some kid’s shows vibes? Not the art, but the use of all those bright colors and picturizing was not that many people preferred, subsequently, it was named as one of the worst fall anime of 2021.

The next series on this list is an anime adaptation of the visual novel series Muv Luv Alternative. The series dropped out on 2nd October 2021 and was produced by Flagship Line, Graphinica, Yumeta Company Studio. The series was directed by Yukio Mishimoto has consisted of 12 episodes in total. As for the reason of its being worst is, many viewers expected it to be a dreadful anime being an adaption of the very good visual novel.

Many viewers added to their review that the series has a very bad color scheme that makes it look like some cheap fan-made series. Some also added that the only reason they watched it was a catchy opening song by Kumi Koda as at least convinced them to stream the first few episodes of the series. Other than this, it has very bad plot twists, unorganized cliffhangers, and not enough fun compelling with drama.

Shikizakura is an anime adaption of the manga series written by Hayato Aoki. The manga was published by Futabasha. The series dropped on 10th October 2021 and was produced by Sublimation Studio. The series was not up to the mark due to her 0animation, as the characters in the series have some stiff facial features. As for the action scenes of the anime, they lack the weight needed to make the fighting scene more buzzing and exciting. People are not happy with the first impressions and focus a lot on having a very bad animation. The series has a great plot, but it would have done better if the creators had put some more effort into the animation and depiction of the scene. All of this makes Shikizakura one of the worst fall anime of 2021.

I guess all you have heard of ASMR and like to know what all are the crunchy sounds are used to make it more stimulating. We all like ASMR because it provides a soothing effect to our brain, but what happens when a whole anime series is created based on this concept. It will obviously grow quite boring due to the lack of a strong plot.

The series 180 Byou de Kimi no Mimi wo Shiawese ni Dekiru Ka? in English is called Can I make you Ears Happy in 180 Seconds? It centers on the life of a young girl named Akari Sawake, who really likes to listen to ASMR and grow her senses through it. Even though the concept was quite unique, had a great and beautiful character design, had a great animation but its plot, in the long run, is quite boring and not favored by many viewers.

The series Deep Insanity is a Japanese manga series by Norimitsu Kaiho and Makoto Fukami. The manga was published by Square Enix and dropped out on 24th January 2020. The manga is still going on and till now has been collected in only two tankobon volumes. As for the anime adaption of the series, it was produced by Silver Link Studio and dropped out its first episode on 13th October 2021. The series ended with 12 episodes in total, and now we can hardly expect a sequel for the series because of it having bad reviews.

As a viewer, I can state that the series also lacked some things with its animations. Otherwise, if you ignore it, then you can get a decent cast of characters along with a tight and interesting plot. Not like any other series that are listed ahead in the series, this has more good sides than others.

The anime series Tesla Note is an anime adaption of the manga series that goes by the same name written by Masafumi Nishida and Toadayoshi Kubo. The manga was published by Kodansha USA and dropped out on 6th January 2021. The anime adaption of the series was produced by Gambit, Risemore, Studio Boken, and Type Zero Studio. It came out with its very first episode on 3rd October 2021 and concluded with 13 episodes in total. Just like much other anime series that failed to become a chartbuster due to their bad animation, Tesla Note faced the same thing. Viewers simply stated it as an unwatchable series but still managed to highlight some positive aspects about it. Lastly, the interactions between the two main characters are not good enough to recommend it, thus making it one of the worst fall anime of 2021. 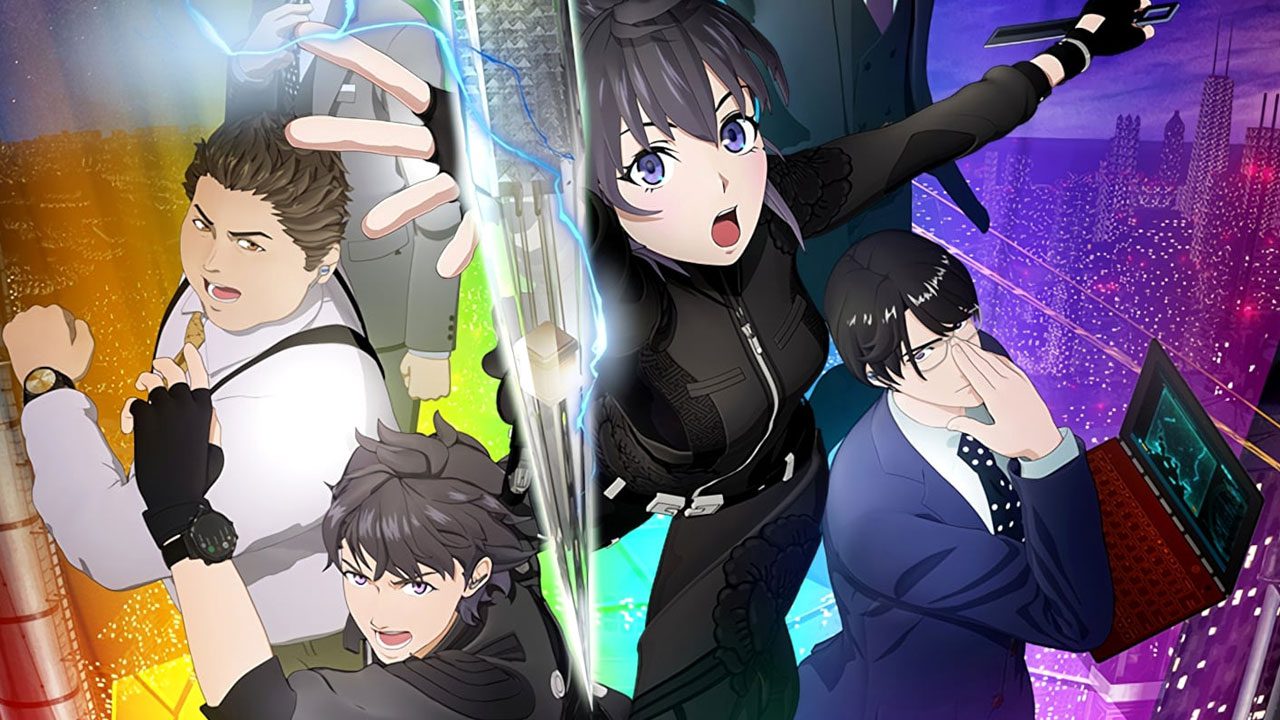 The anime series Kanashiki Debu Neko Chan centers a plot around a cat named Maru. Maru was adopted by a girl named Anna from a nearby shelter. As he was taken into a loving home, he got healthier, fatter, and rounder and eventually looked cute. He used to spend his every day nearby the window watching the figures of family members doing their work.

One day, unfortunately for Maur, the family brought in another cat named Cerisier, which didn’t make Maru happy. One day after a fight with Cerisier, Maru had to hear some hateful words from his family and left the home to explore the world. The reviews of the series are not there, and the big reason is its plot. The reason why it quotes the whole plot is because of its plot being hopelessly boring, which was the main reason for it being a flop. If you are someone who likes to stream extremely slow-progressing plots, then go for it.

Just like the series above, the same goes with Kimi to Fit Boxing. There aren’t reviews available as there is hardly anyone who streamed the series. The series is an anime adaption of a video game that goes by the name Fitness Boxing developed by Rocket Company. The series was published by Nintendo and made its debut on 20th December 2018. As for the anime series, its first episode dropped out on 1st October 2021 and concluded on 17th December 2021. The major thing that was not liked by viewers is that it doesn’t give out an anime vibe at all. The picturization is simply a video game with characters having stiff facial features and body movement. While the series progressed, it gave out the sense of a Sims game rather than some Japanese animation series.

The anime series Chickip Dancers is a Japanese anime series by Fanworks Studio. The first episode of the series dropped out on 5th October 2021 and is still ongoing. Till now, the anime series contained 14 episodes in total but still don’t have much popularity. As for the reviews of the series, there are not many, but according to my experience, it looks literally for kids and many will lose interest in it initially.

Although the series belongs to slice of life and might have some interesting message given in the picturization, the first look of the series is what made it drop insights of viewers. The promotional pictures of the series don’t give the vibes that match the current trends. It has been observed that many viewers avoid streaming these cutesy anime. Hence, the art is the only reason that didn’t let the anime series to grow in popularity and hence is considered one of the worst fall anime of 2021.

Where Is The First Great Train Robbery Filmed? Locations & Cast