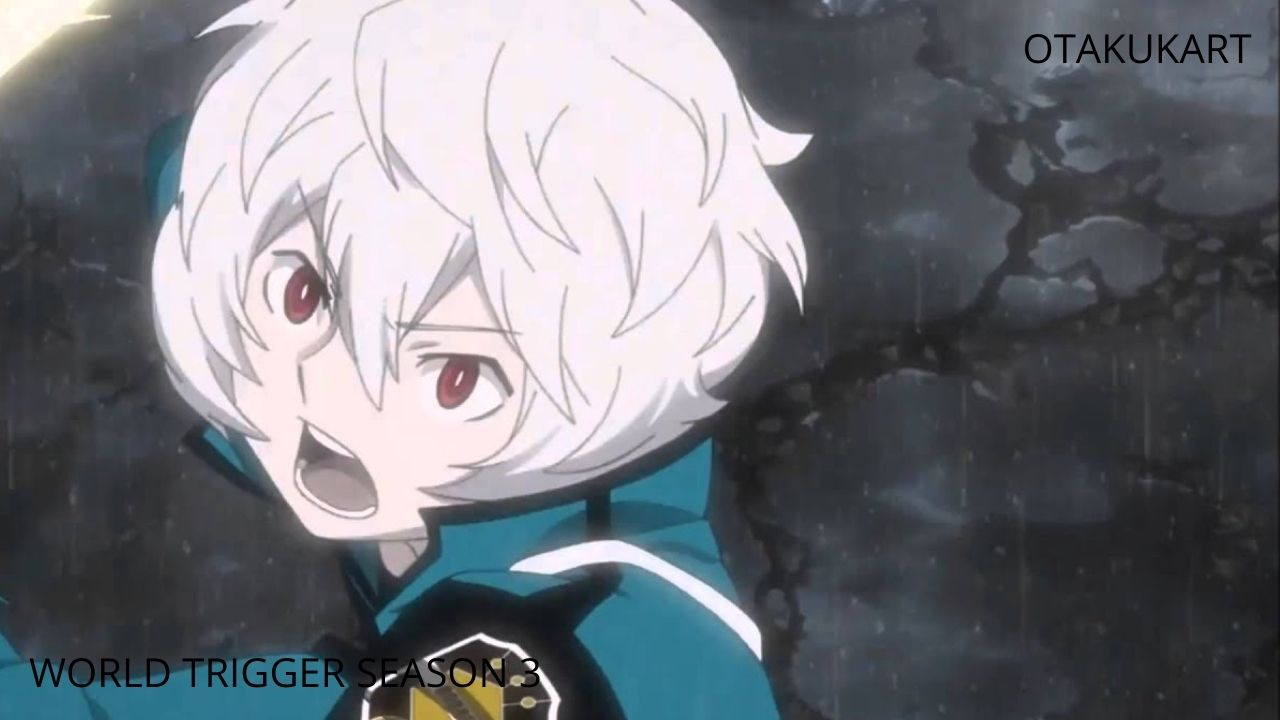 World Trigger anime official Twitter handles informed on Sunday that the Finale of the World Trigger Season 3 is being Rescheduled and new dates have been released. Fans were eagerly waiting for the 14th episode but now we have to wait a little longer to know the climax of the popular series, World Trigger. In this article, We will Know the new dates of the subsequent episodes as well as the release date and timing. Everything is wrapped in this article so make sure to read this article till the end.

World Trigger is a Japanese manga-based anime written and illustrated by Daisuke Ashihara. The manga was showcased in Shueisha’s Weekly Shonen Jump magazine in February 2013 and after being on hiatus for two years, The Manga again appeared in the Magazine called Jump Square. The anime is based on the concept of aliens invading and the will of people to defend their homeland. One day, In Mikado City, The Gates of the Parallel Universe had opened and the aliens known as neighbors invaded the city and cause havoc with their complex technology and unbreakable defense system. The citizen of Mikado city decided to safeguard their homeland and led a revolt against neighbors. Certainly, We met with our major protagonists and the story goes this way around.

World Trigger Season 3 Finale Rescheduled To Next Weekend: Everything Explained

The official Twitter handle informs on Sunday that the final episode of World Trigger Season 3 will premiere on January 22 at 25:30 ( Sunday, 23 at 1:30 AM or 11:30 AM EST ). The episode was originally to be premier on 16 January at 1:30 AM ( Saturday, 22 January at 11:30 AM EST) but due to unforeseen circumstances, Officials had to reschedule the release one week ahead. The episode was all set to premiere on TV Asahi but the emergency news coverage took over the TV channels and had to postpone the episode for the same reason. After 23 Minutes, We saw a detailed explanation of the issue on their official Twitter Handle.

An underwater volcano in the southern Pacific Island erupted on Saturday at 5:00 JST and caused so much chaos in the Japanese meteorological agencies. The eruption massively increased the chances of a Tsunami and become a national issue all over Japan. Japanese Meteorological department urgently asks every TV channel operator to broadcast this news to inform the public and the general things that they should keep handy in case of a Tsunami. The Japan East Coast is on high alert and all the preparations have been made to evacuate and save lives in the worst-case scenario. The waves can be as big as 3 meters and it is advisable to not go near the dangerous area and keep important things in one place. Agencies from several other countries including New Zealand, Australia, the USA, Canada, etc. warned about the certainties of the Tsunami and advice Japan to get ready for the worst-case scenario. Japan eventually lifted its Tsunami protocols this Sunday afternoon.

Where To Stream The Final Episode?