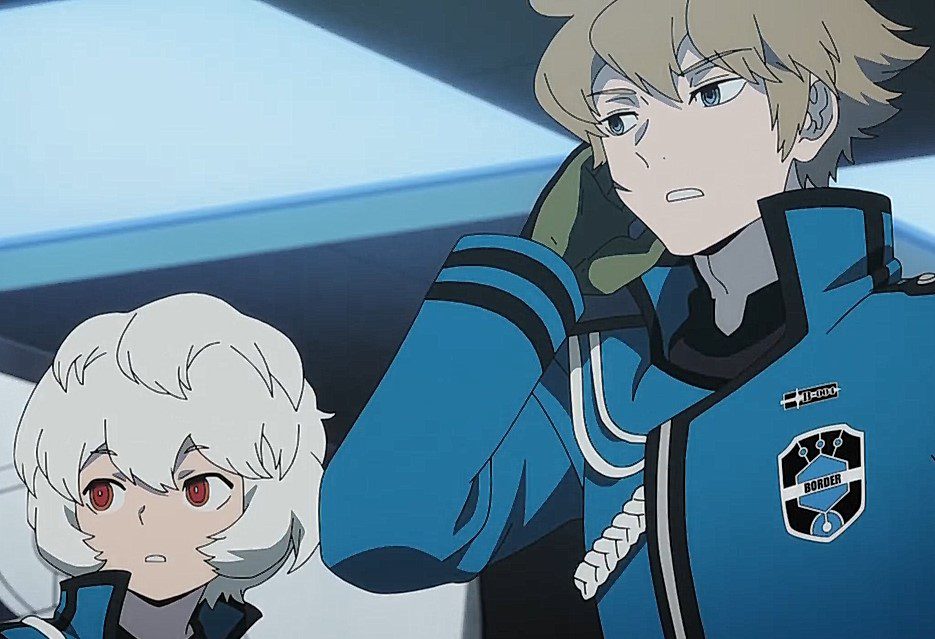 Kuga and Hyuse’s tag team begin with World-Trigger-Season 3 Episode 6, with Suzunari-1 earning a point. Hyuse and Kuga wonder what has happened, and Kuga finds that Kage took a massive hit before facing them. The commentators reveal what happens when Trion bails out and the other side gets the point. Kage took a massive slash from Murakami, and his team lost a point. Kitazoe consoles Kage that he makes a nice escape. From the latest episode of World-Trigger-Season 3, Kitazoe tried to take Kuga down, but he created an escape route for Kage.

Kuga has lost one arm during that attacks. The commentators are impressed that Kitazoe made a nice move. Hyuse realizes that it is just like with Nasu and tells Kuga that they misread their enemies’ damage. Kuga told Hyuse not to worry, and the two face Suzunari-1. Murakami told Kuruma to beware of Escudo’s range. They realize that they saw Kage’s Bullet Trigger as a delayed-action Asteroid; Murakami thinks Hyuse is an All-Rounder who fights out front. They decided to attack Kuga and Hyuse using long-ranged shooting formations. Kuga and Hyuse jumped back as the commentators revealed that Suzunari 1 was using a new formation.

They realize that it is the same strategy that pushed back Kageura Squad. Osami is behind Suzunari-1 and noticed something and realizes that Hyuse shot the Viper shot to show Suzunari-1 and fake it as Asteroid to break Murakami’s defense. Hyuse attacks and Osami wonders what Hyuse is planning. The commentators believe that Hyuse is the best Trion user, but Kuruma’s full attack can be similar. Osamu wonders why the bullets are not curving and wonder if he predicts it wrong. He communicates with Hyuse, asking him about his shots.

Hyuse reveals that he is not stock to the same plan since he won’t use curving bullets in this round. But he will defeat Suzunari differently and explains after the battle. Osamu realizes that they talked about something before the B-Rank Wars and Hyuse promises that he will fulfill his part and take the team to the Expedition. Osamu agrees and asks Hyuse to tell him what to do. Hyuse told Osamu to take Kuruma from behind once they dealt with Murakami. Osamu agrees, and on the fifth floor, Yuzu realizes that enemies are above, and he can hit them via the ceiling if they pause. 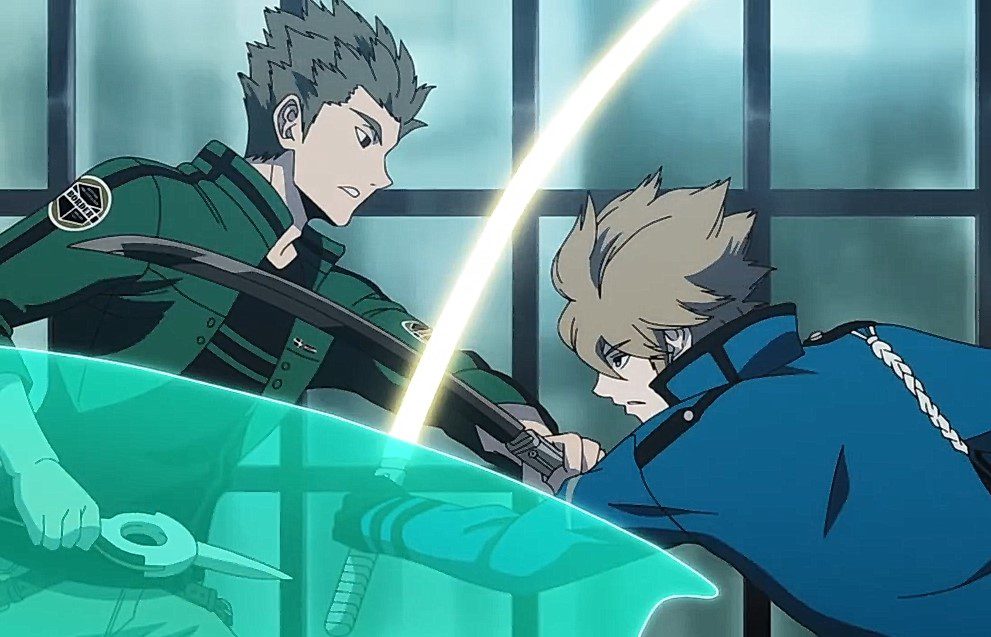 Yuzu is worried since he wanted to get the point from Tamakoma-2, and he failed to take down Osamu, who escaped. He realizes that he won’t get that; Okudera and Koarai are ready to make a move. Okudera realizes that Ema is somewhere around and aiming up. The duo decided to take down Yuzu and hit him while he was reloading. Meanwhile, Hyuse unleashes the third round of Escudo. Murakami told Kuruma to be ready since Kuga and Hyuse are coming. Kuruma uses Hound, and Murakami uses Kogetsu: Whirlwind that stoped Tamakoma-2 from approaching. The commentators talked about Escudo shield and Kogetsu: Whirlwind.

They know that it will take more than Escudo for Tamakoma-2 to break Suzunari-1 formation. They also reveal that Tamakoma’s due is A-Rank level, but they will take risks to deal with Kuruma’s defense. But if Suzunari-1 spots Osamu in time, they can take him out, and Hyuse is preventing that by separating Kuruma and Murakami. Hyuse continues with the same formation, but it is slowing them down. Suzunari-1 is taking advantage of firefighting. Hyuse made his way to Murakami with Kuga’s help.

World Trigger-Season 3-Episode 6 will be released on 14 November 2021. Hyuse and Murakami clashed their swords, and Osamu attacked Kuruma. Hyuse and Kuga use a two-on-one attack against Murakami, who cuts Kuga’s second hand. But Kuga kicked him, and Hyuse stabbed Muraki casing him to Bail Out. Yuzu took out Kuruma and earned a point; Chika blows a hole in the mall with Meteor. Tamakoma has earned four points. Let’s World Trigger-Season 3 Episode 6 official details. 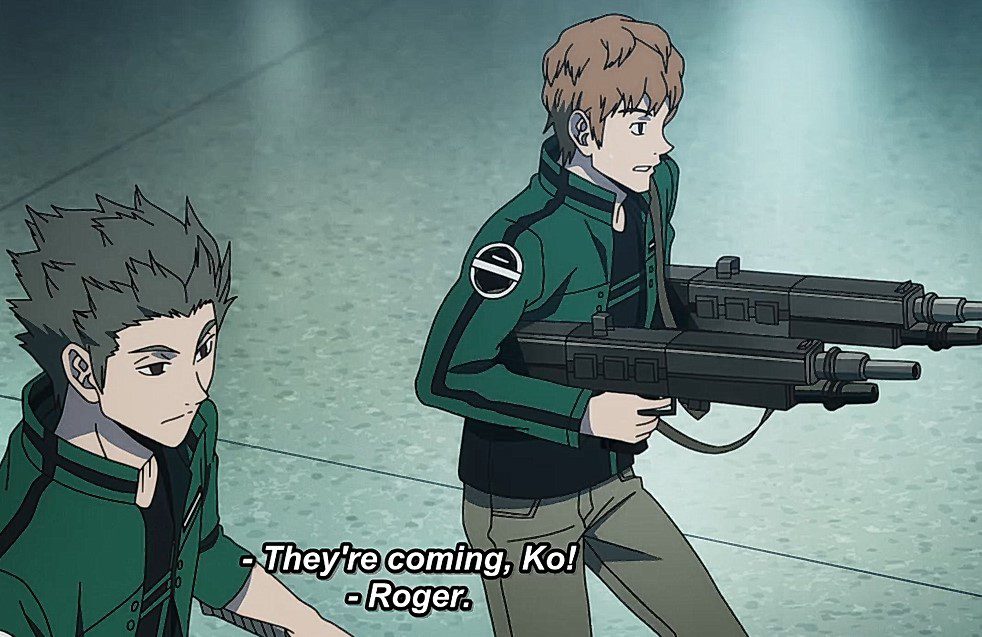