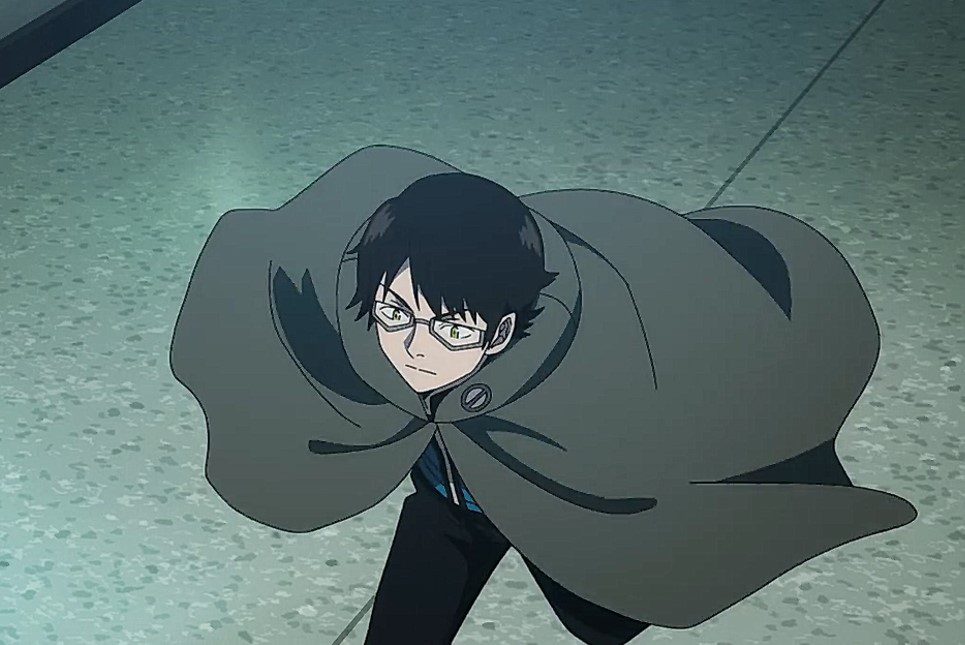 B-Rank Wars Round 7 begins with World Trigger Season 3 Episode 4, with Osamu and Tamakoma 2 talking about the next mission. Jin noticed that Osamu was worried and told him not to worry. The other teams analyze Tamakoma 2 squad, and one of those guys notices Hyuse and reveals that Hyuse is the rookie he has been talking about. They realize that Hyuse is in B-Rank. Yuzu told Kage that even they face countless enemies, they will win. They plan to take down Tamakoma, and Ko realizes that he has faced Hyuse in the past. Ko told his squad that he would know when he fights with Hyuse.

They talk about their logs and wonder if they should stick to their map. Ko agreed, and they decided not to change their map. The commentators reveal that the squads have chosen the next stage for the battles. Suzunari 1 has picked stage Cityscape D as the B-Rank Wars Round 7 is about to begin. Kage wonders which one is stage D, and this also brings confusion to other squads. One of the commentators decided to explain the map and reveals that Cityscape D is full of broad streets lined with significant buildings.

But the map is small, with tall buildings that had vast space from the inside. The second commentator adds that Bullet Triggers have an advantage on the streets, and the Attackers have an advantage indoors. Arashiyaama also talked about the vertical depth, and they also analyzed different squads. But if the squads use a Bagworm, they will have to smoke them out with Meteor. That map is revealed to be the crappy map. Inside the meeting room, Tamakoma 2 work on that map.

Tamakoma 2 realizes that most battle ends up happening at the central shopping mall. But the Snipers target enemies on the streets, and the teams use the mall as their cover. Tamakoma 2 learns that it is tough to use snippers from outside the building. The enemies will take risks to get closer to their target to take them down. Osamu wonders if this map is an anti-Sniper, and they both agree. Hyuse reminds Osamau that Azuma shoots at long range through the wall in the last battle. 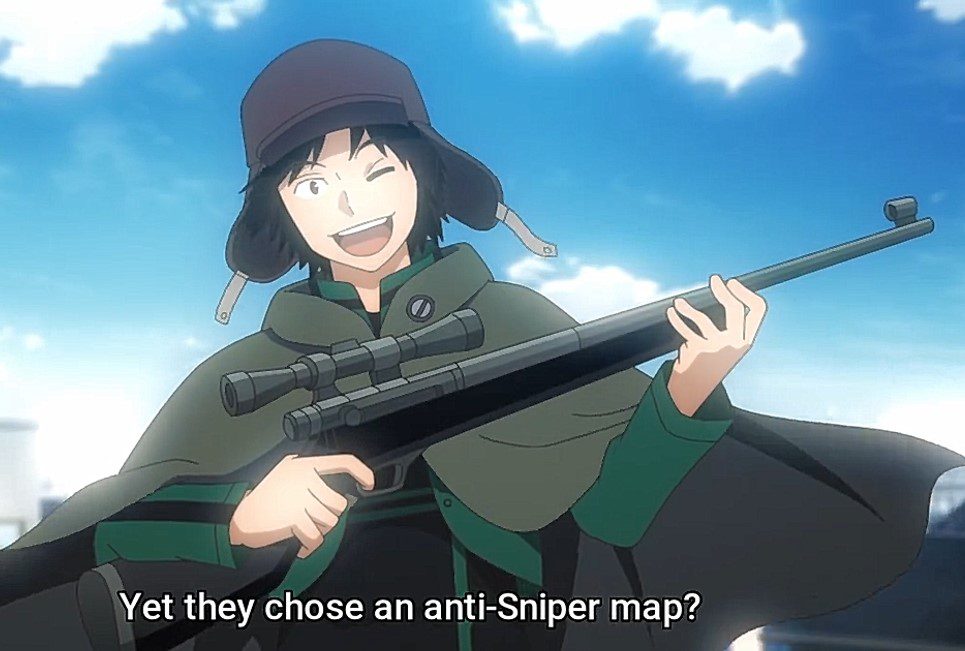 But the map is not Azuama Squad’s pick, and Azuma won’t have an advantage like last time. Kuga realizes that they have to be careful since Suzunari 1 has a Sniper like them. Kuga is worried that Suzunari 1 has chosen an anti- Sniper map when they have a Sniper.
Osamu realizes that Kuga has a point and wonders if Suzunari 1 is using mysterious strategies. The team thinks that Suzunari 1 wants to stop Azuma and Yuzu. But Chika will be challenging for them. The squads have thirteen minutes before they get transferred to the battlefield.

Hyuse told Osamu to do his job as the captain and give them orders before running out of time. Osamu agreed and told the team a plan for their first phase. He reveals that they are abandoning the wire strategy that has made them win two matches. The teams wonder why Osamu is saying that, and Osamu told them that he has three reasons. The map is small with tall buildings, and the wire strategy cannot work in places like that. But there are only two places to set wires, and it won’t be effective. Every squad has a sniper, aiming to attack from outside the wired zone.

World Trigger Season 3 Episode 4 will be released on 31 0ctober 2021. Setting the wires will not give them the upper hand since there will be more weakness. Osamu told the team that they needed a lot of points from those four squads. The squads that are participating are Ninomya, Kaguera, Ikoma Suzunari 1, Oji, Azuma. Those squads know the situation, and Tamakoma 2 needs to surpass Kageura in the next two matches. Let’s look at World Trigger Season 3 Episode 4 official details. 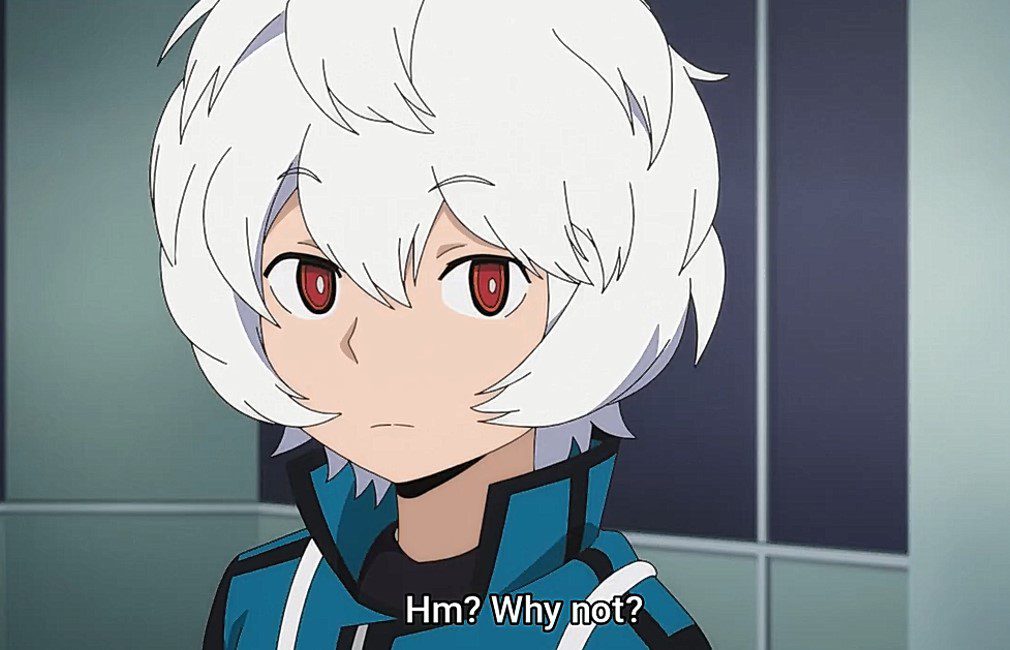 But they only know that Hyuse is an attacker who uses Kogetsu. Hyuse will pretend to use that and launch a surprise attack with Viper. Tamakoma 2’s goal is to take out Kageura Squad members. Osamu told others that their strategies were the same, but it only changed with Hyuse. Later the squad members got transferred, and the battle began. Let’s meet when World Trigger Season 3 Episode 4 is released.