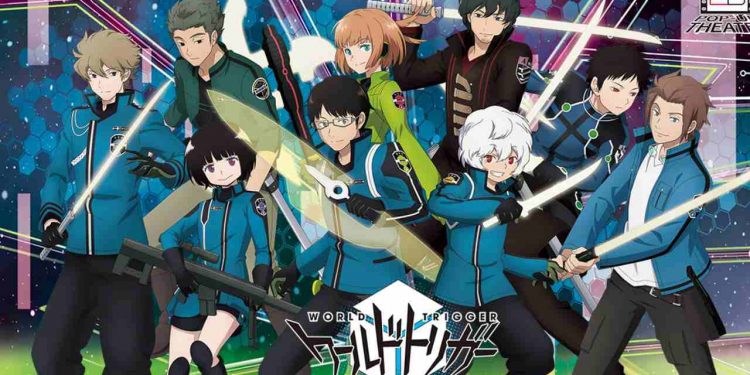 Trending majorly among anime fans every now and then, World Trigger has often surprised its viewers. The anime adaptation is currently releasing new episodes of its 3rd season. This science-fiction manga-based anime draws in the ideas of good and evil, all the while penning down great character developments. Following the manga would make one realize how exciting the story has turned out to be. However, while the manga is at the peak of its excitement, a World Trigger manga hiatus has been announced. If you are an avid reader of Daisuke Ashihara’s adventure genre manga, then you will need to wait a while to read the rest of the progress.

World Trigger is a Shueisha-based manga written and illustrated by Daisuke Ashihara. The manga was launched in 2013 and is currently ongoing with 24 published volumes. For the first five years (2013-2018), the manga was serialized in Weekly Shonen Jump, but from 2018, World Trigger manga was shifted to Jump Square. It has been translated to English by Viz Media and is currently available for reading on Viz or Shueisha’s Manga Plus app. In 2014, the manga was adapted into an anime, which too has grown very popular among fans of the Sci-fi and adventure genre.

It was recently announced that the World Trigger manga will be going on a hiatus next month. The manga will not be releasing any new chapters in the 02/2022 issue of Jump Square. However, it will return in the 03/2022 issue on 3 February 2021.

The reason for the manga’s sudden break has been stated to be Daisuke Ashihara’s poor health. While his health issues have not been revealed, we pray for his speedy recovery.

Due to the poor health of its artist, Daisuke Ashihara, no chapter of "World Trigger" in upcoming Jump SQ issue 02/2022 out January 4, 2022.

During the Jump Festa, Ashihara also posted an illustration featuring some of his main characters.

Who Will Kirito End Up With? Revealing The Sword Art Online Romance Saga