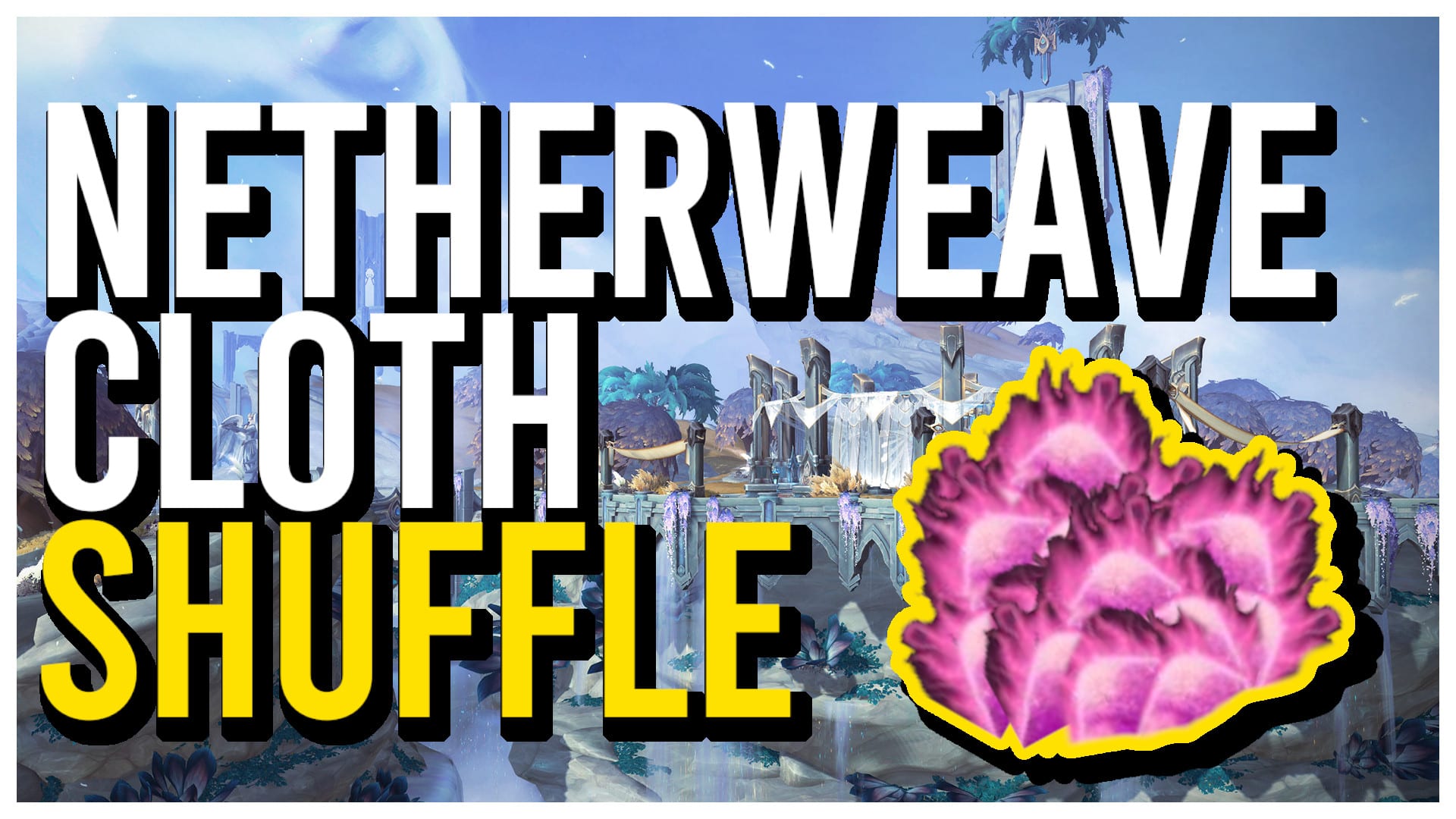 The Netherweave shuffle amongst them all is probably my favorite, aside from Embersilk, of course. There are almost always cheap auctions up, either from people leveling up new characters, or running Burning Crusade raids, hoping to get mounts or pets. Most of the time, it will be cheap enough to buy out a good amount of the auctions, so you can do this shuffle.

Normally I buy anything under 55 silver. It takes a total of 15 Netherweave cloth to craft the Netherweave Belt or Netherweave Bracers, it doesn’t really matter because they both take the same materials; 3 Netherweave bolts and one rune thread. The total cost to craft these greens comes to around nine gold. It depends on how much I buy the materials if I do. When disenchanting, you have a chance of getting 1-3 arcane dust, which is all we are after. The dust sells for around 10-30 gold per unit on my server.

But wait, there is more to this if you wanted to make even more gold! Head on down the page to see what else you can use Netherweave for. Be sure to save your Arcane dust, though.

The bolt of Imbued Neatherweave has a large profit margin for those on a Transmog heavy server. Hopefully, in Legion, however, more and more people will enjoy the thrill of collecting numerous amounts of wear to style their characters. To make this bolt, you will need three bolts of Netherweave (15 Netherweave Cloth) and 2 Arcane dust. I don’t normally sell the imbued bolts, what you are really after are Spellcloth, Shadow Cloth, and Primal Mooncloth.

In order to make gold from this, you yourself will have to check the going rate of all these materials and see if it’s worth it to camp and run this market on the auction house. I would always keep bolts of imbued Netherweave on your tailor just in case, you never know when someone will undercut competitors. If you want to farm the materials, my Netherweave locations will be out hopefully soon, the primals are needed for this, however.

If you are looking to farm Netherweave cloth, however. There are some really good ‘force respawn’ locations such as legion hold, the sanctum of the star, and before entering the black temple. These are all located in Shadowmoon Valley. You also have locations in Nagrand, such as Forge camp fear, one of the two caves located around Halaa, Laughing skull ruins, and burning blade ruins.

As for the Terokkar forest, there are also plenty of Netherweave force spawn farms you can and should visit if you plan on doing this shuffle. These locations are Bleeding Hollow Ruins, Firewing Point, Skettis, and the shadow tomb, which is located top left of Auchindoun.

Not sure what a force respawn is? Well, a force respawn location is where there have to be a certain amount of mobs up at all times. You normally see this with quest mobs or any kind of mob that has a quest to kill them. For example, you kill seven mobs out of 10. That leaves you with 3. However, there have to be at least 3 of these mobs up at all times. You end up killing one of those three mobs, leaving you with 2. This is where all the magic happens. Because there are supposed to be at least 3 of this mob. You cause what is called a force respawn. Once you kill that third mob, you will cause another one to spawn instantly.

Also read: How The Pokemon Universe Began Part 2, The 5 Realms.