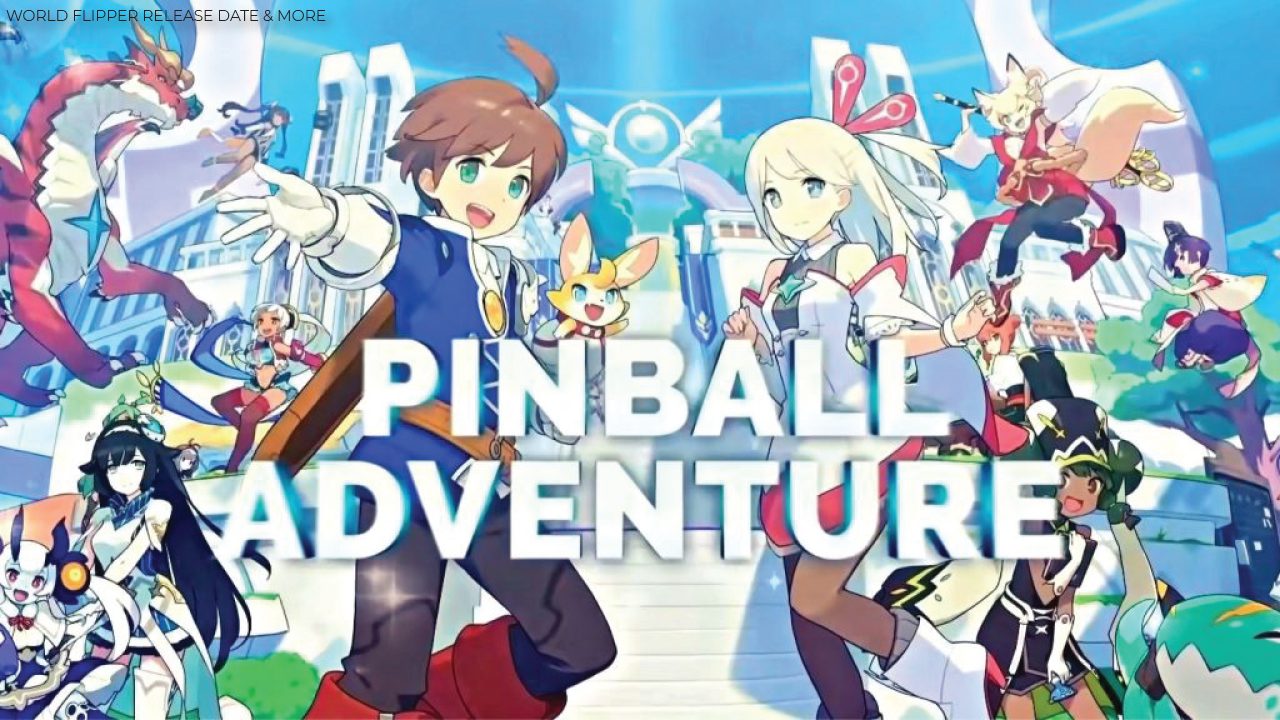 World Flipper Release Date will be an essential part of the discussion in this article. Moreover, we will get to know everything about the new game alongside getting the details of the platforms on which it is being released. Whenever a new game launches on the Internet, there is a different kind of vibe we get as a player. Likewise, it doesn’t matter on which platform the game is releasing or whatsoever. The same goes with World Flipper. The latest game was released in Japan in 2019. Ever since the gameplays were out, people went crazy to have this in their hands. World Flipper became the topic of discussion soon after it became a hit in the country. Fortunately, the game is now being released globally. It will enable gamers from across the continents to dwell in the lives of anime characters and experience the lives of World Flipper’s characters.

World Flipper is a pinball game. However, calling it just a pinball game is enough. World Flipper is much more than that. It was a pixel-art-action game with amazing anime characters. This will give us the experience of both games and animes. Interesting, isn’t it? Well, World Flipper was created by Cygames. It is a company based in Japan. The creation and publishing credits are in the hands of Cygames itself. However, the 2021 game is getting released in collaboration with a company hailing from South Korea. As a result of this collaboration, World Flipper is finally being released for global users. Get along the storyline to stick around the formation of characters and live a completely new life alongside your favorite anime characters. So, let’s check out what is the release date for World Flipper.

World Flipper: What Is The Game All About?

World Flipper is a pinball anime game with a blend of action RPGs. It is a brilliant game to experience both pinball and action adventures in one go, not only for entertainment but for some skills. World Flipper helps you form new teams and experience out worldly experiences with the characters. No wonder the game’s graphics and amazing content are the reason for it being famous. Here, you will witness various mysteries and will disentangle the wonders of fantasy lands. Although it feels mystic, World Flipper is suitable for every age group.

Talking about the main concept of the game, World Flipper is a story-based game. It revolves around three protagonists. A boy, a girl, and a small creature from a distant world. The story starts when the boy and the girl meet each other in a village. It seems like nobody knows the place, something like a forgotten village. After staying together for some time, in peace and with companionship, things go downhill. Moreover, the fact that the boy is unable to recall his past and the girl is unable to assess her future will have a great impact on what is going to happen shortly.

Something strange happens in the sky, enough to change their lives forever. A bolt of lightning struck from the sky, and a new character was revealed. A small rabbit but with immense powers and abilities. It is not an ordinary being. The adventure begins as the rabbit, who was once a great Warrior in some distant land, meets the boy and girl. The rest is a mystery. One can unfold the mystery after playing World Flipper.

Also Read: Fallout 76 Season 6 Release Date: Everything You Should Know

Where Does The Title “World Flipper” Come From?

World Flipper is something used by the female protagonists to officially kick start the game. As soon as our human protagonists come across the creature with special abilities, things take a different route. The rabbit is being chased by the followers of the Dark Throne. Since they are meant to be the heroes we need, the forgotten village, which is nothing but lost cosmic dust in the sky, plays the trick. Making our protagonists aware of their deeds, they form the willpower to fight against evil. As soon as the village was playing its cards to motivate the protagonist, the girl utters the title of the game. It acts as the activating signal for the players to know that the quest has now begun.

World Flipper Release Date: When Is The Game Releasing Globally?

World Flipper was released globally on 8th September 2021. This game was yet another much-awaited game of the year 2021. Ever since the Japanese version of the game was out, people have been desperately waiting for the global version. It seems like their thirst has been quenched. It is being released through a collaboration between the Japanese company Cygames and the South Korean ‘Kakao Games’.

A character from World Flipper

The latter had expressed their desire to bring the game to the global platform. Owing to the game’s success in Japan, it was highly anticipated that the game would be a part of the global media sooner or later. The anime illustrations in World Flipper have been a major attraction. As the boy and girl follow the little rabbit to a new world, nothing would have been more suitable than these anime illustrations to prove that.

The brand new game with combat mechanics, purely based on pinball, is now available for users globally. However, one might find it difficult to access for the first time. Although the game is very simple to begin with, still for many, problems can arise. Hence, a small guide is here for all the users. One can initially relate the characters of World Flippers as the balls in the pinball game. Likewise, the villains are the bumpers. Although it is not a precise comparison, this can make your game a lot easier. The most common way of getting rid of the enemies is by using flippers. As the game proceeds, new techniques and elements will be given to fight big and more powerful enemies.

Every character in this game has a unique quality of its own. However, these will be hidden for a long time. When the need arises, these special abilities and powers will help the user in combating the villains. Also, these unique characteristics are important to unlock various features at the beginning. Moving forward, one of the powerful moves of the characters is the power flips. It is sort of a combo hit one will have access to after a long and steady fight. However, mastering this move is not a piece of cake.

Coffin Status is a feature that tells us that one of our members is no longer of use. To help that member escape the coffin, all the characters are required to smash the coffin. This feature is available in multiplayer modes. Another feature that these characters possess is Fever. Once the fever bar is filled, it helps the group to earn bonuses. Generally, this feature is a part of fights with the boss villain. Big fights, big rewards!

Which Platforms Will Support The Latest World Flipper?

For gamers across the globe, this has always been a topic of concern. When we talk about games, the platform on which it is getting released is of utmost importance. So, it was necessary on the part of World Flipper to know whether the game would be available on all types of platforms or for some specific ones. Interestingly, World Flipper is available on both Android and iOS platforms. Earlier, only the Android version was launched for gamers. However, seeing the need of the hour, Cygames and Kakao Games launched the new iOS version also. It will not only increase the number of players but will also help the game gain more audience.

A character named ALK from the World Flipper game

If talking about the concept of the game, we realize that the battle system is a bit complex. Hence, fighting in World Flipper will be an interesting task. However, the character system is easy. Every character will have its team or units. Each member of the unit possesses unique properties that help the group fight powerful enemies. There are two basic character statuses, namely HP and Attack. These two titles assess the type of damage it can hold.

Here comes the most important part of the concept. The six major elements of World Flipper are Thunder, Light, Dark, Fire, Water, and Wind. One can easily determine the level of excitement this game has created. World Flipper is a mobile game that can be downloaded from the Google Play Store and Apple App Store. It is free of cost game. This is your chance now to fall into the world of ‘World Flipper’. That’s all for the World Flipper Release Date and other details. For further updates, stay tuned to OtakuKart!