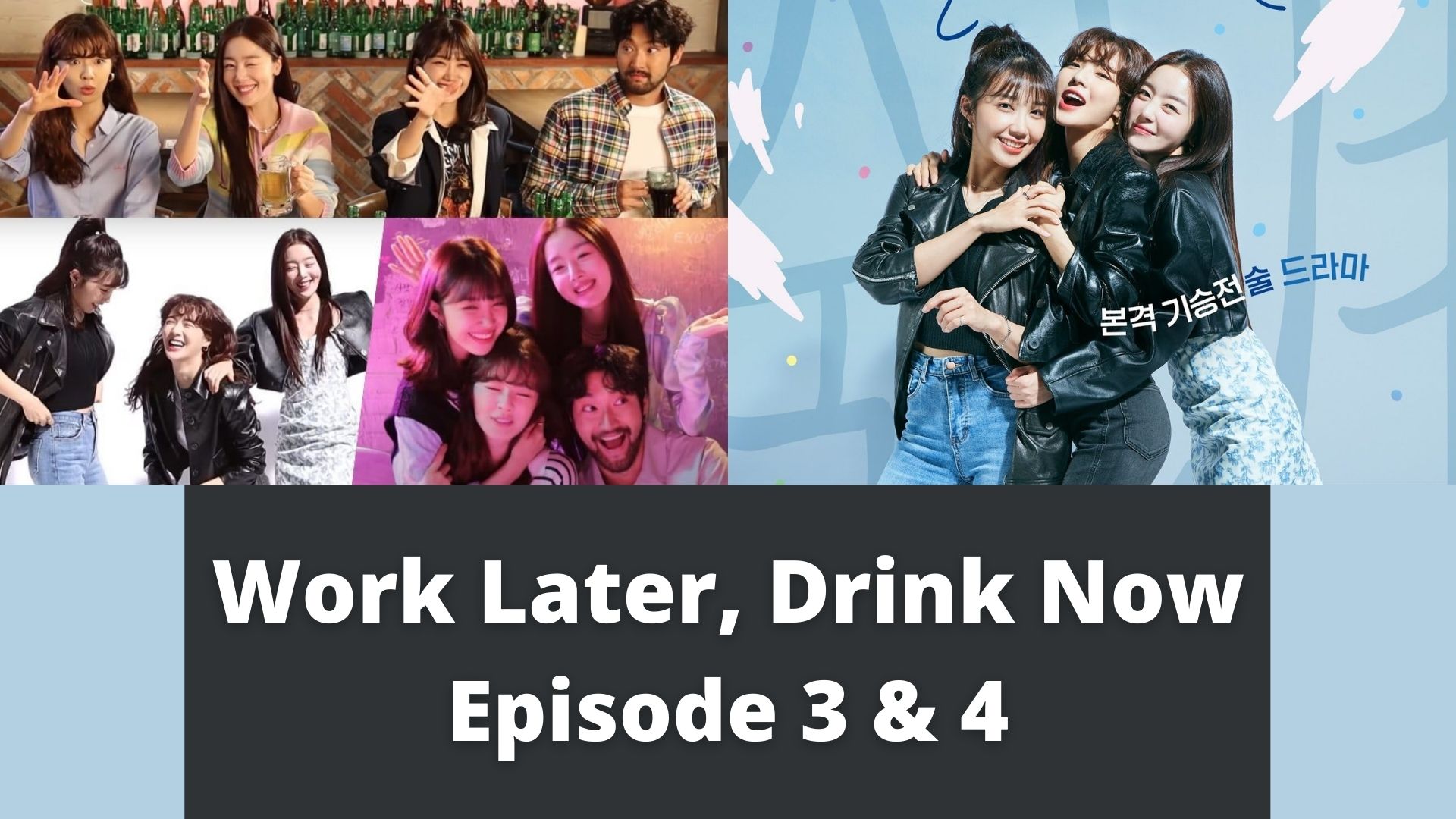 Work Later, Drink Now Episodes 3 & 4 are going to hit the screen soon enough. All the fans out there are equally excited about it, and the social media platforms are buzzing with all the fan-made edits of their favorite scenes from previous episodes. The tvN drama show has won millions of hearts, and the viewership of the series has increased by a thousand. There is no doubt in the fact that the light-hearted content of the show is managing to give everyone a great screen time. Overall, it is doing great both content-wise and in the field of ratings.

The South Korean drama series portrays the genres of comedy, and it has managed to make that simple genre a lot effective and engaging. The thrill of the show can be seen everywhere on the internet, and fans are eagerly waiting for the next episode to premiere. Other than the title above, it is also known with names like “Oh My Liqueur!”, “Drunk City Women,” “O Naui Junim,” and “Oh My Lord!”. Not only the homeland viewers but also the viewers from around the globe are admiring the K-Drama for its great structure and amazing story pattern.

We are here to tell you about the third and fourth episodes of the drama series and to discuss all the details about the same. So, without taking any more of your time, let’s take a quick peek inside and figure out everything we have gathered up for you.

Work Now, Drink Later Episode 3 & 4 will premiere on October 29, 2021, at 12:30 PM. Well, the cliffhanger from the previous episodes is going to end soon enough, and the eagerness for the same can be seen everywhere. As we are already aware, the show has a total of 16 episodes, and we will have the final episode on December 10, 2021, if the original release schedule is followed by the drama distributors. Each episode of the drama has screen time of 27 minutes, and the viewers will get new episodes every Friday.

The show is being directed by Kim Jung Shik and has been adapted from a webtoon by Mik Kkang titled “Sooldo Girl”. The screenwriting for the series has been done by Wi Do-young, and he is well-known for his unique style of work. Produced by Bon Factory, the original distributor of the show is TVING. You can catch up on the episodes on streaming platforms like Viu and Viki. 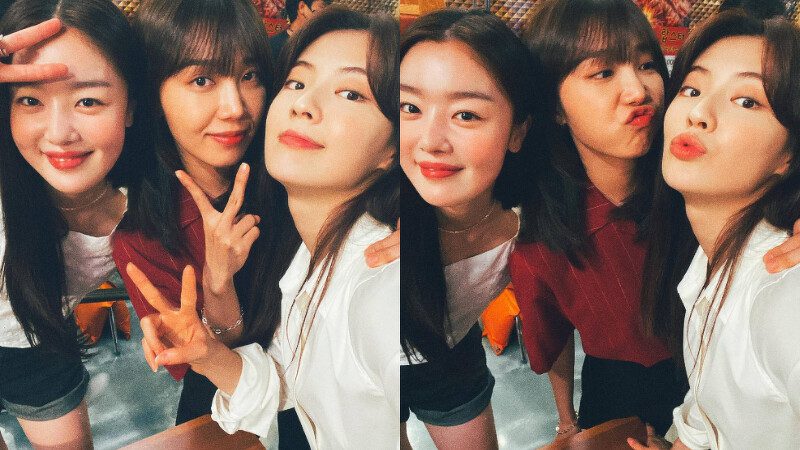 One of the main attractions for everyone has been the cast of the show. Han Sun-hwa as Han Ji Yeon, Lee Sun-bin as Ahn So Hee, Jeong Eun-ji in the role of Kang Ji-goo, and Choi Si-won as Kang Book-goo are in the mail role.

While Lee Hyun-jin as Ji Young and Han Ji-hyo as Se Jin are in the supporting roles.

All the cast members are highly admired for their fine acting skills, and they are one of the known names in the Korean entertainment industry. Viewers out there love their roles in the drama, and their grasp over their characters is something even the critics appreciate.

When it comes to the plot of the show, then it is something that has intrigued everyone. All the viewers out there love the drama for being so light-hearted and appealing at the same time. Portraying the genre of comedy is never a cakewalk. But here, the creators have done great work in doing so. They have twisted this simple yet appealing genre into something much important and engaging. It is both entertaining and informative and shows us the reality behind the closed office walls. The portrayal of the realistic workload scenarios out there in society and in the offices is something that needs proper addressing. And, the drama has done that beautifully and aesthetically. 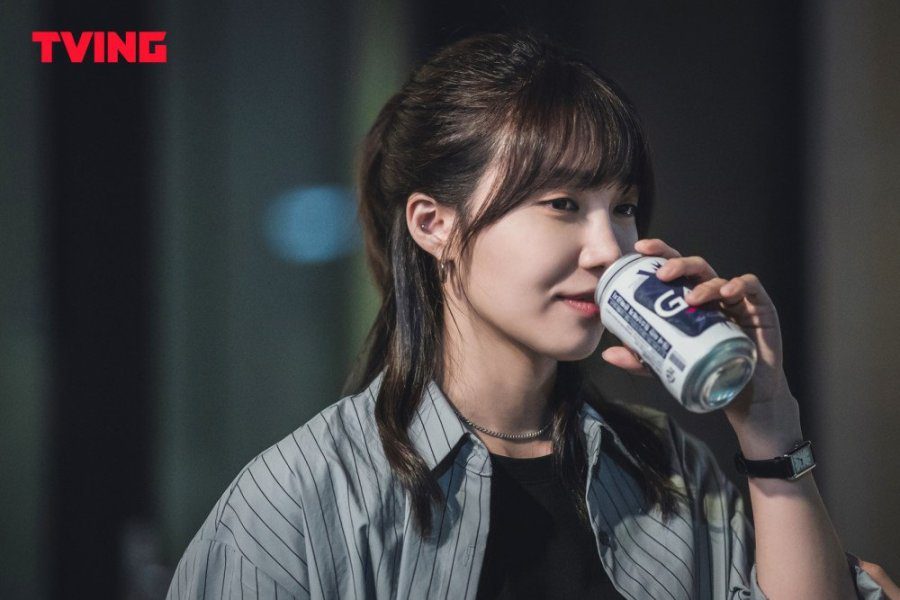 A broadcasting writer named Ahn So Hee, a yoga instructor, named Han Ji Yeon, and a YouTube named Kang Ji Gu are the focus of the drama. We meet the three fantastic single ladies in their 30s who believe that one drink can cure every stress in their lives. Every day after getting off their work, they sit together and drink to relieve their stress. They are not the only ones with the belief, though.

We meet Kang Buk Gu, a PD of the TV variety show, who absolutely loves hanging out and sharing drinks with these three amazing ladies.