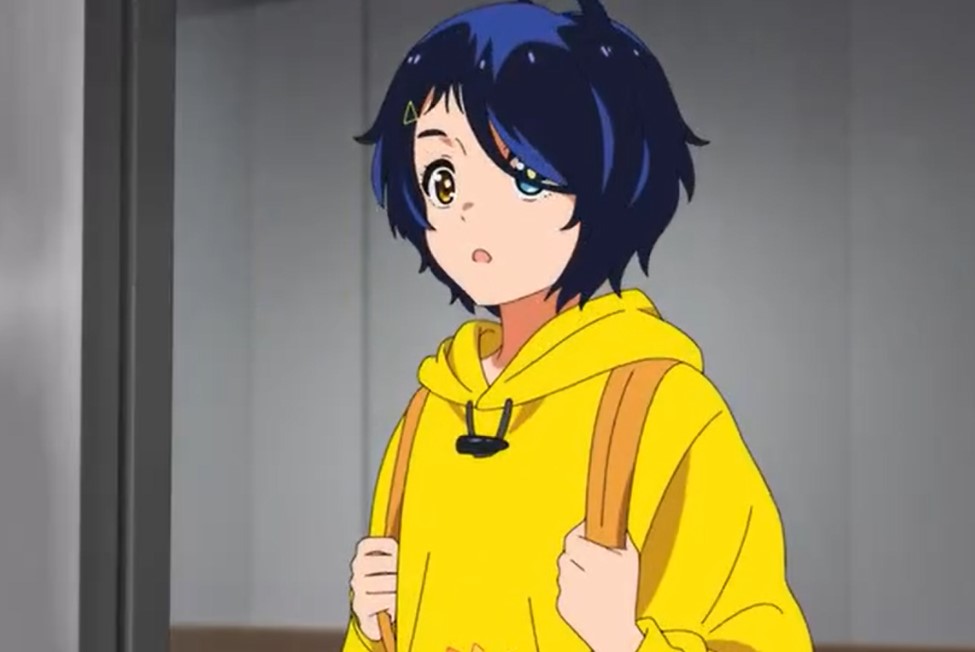 The girls visited the Neiru’s company learning about something there. Her manager reveals that Neiru is a member of Japan Plati. Neiru told the girls that she was born via artificial insemination of a member. Momo realizes that is why Neiru said she never had a parent. Rika can’t believe that no one is telling who Neiru’s parents are. Wonder Egg Priority is on its way to reach episode finale. Let’s find how Neiru will know her parents.

Neuri reveals that there is no point in looking for her parents. It was just a matter of paring for her to be born. The manager told them that they have reach floor B1. Neiru introduces everyone to her pet Adam. Looking at how big the company is, Rika comments that they are living in a different world. Neiru wanted to tell the girl something important, but Momo interferes. She told Rika that it is that time.

Rika took out her mini bag with lots of colors, and they started to paint their nails. They both talked about the career ad they want in life. Neiru seems to be bothered about something, and she just listens to them talking.  Rika asks Neiru about her dream, and she replies that she will stay like this. Rika told her that she could not keep on running a company her whole life. Neiru said she wants to introduce her friend to them.

Neiru went to the secret room with them and showed them a girl inside a container. She reveals that she is Kotobuki Awano. Awano was born like her at Japan Plati. Rika is wondering about the color of Awano skin. Neiru reveals that Awano is an albino, and albino is said to bring good fortune to those around them. 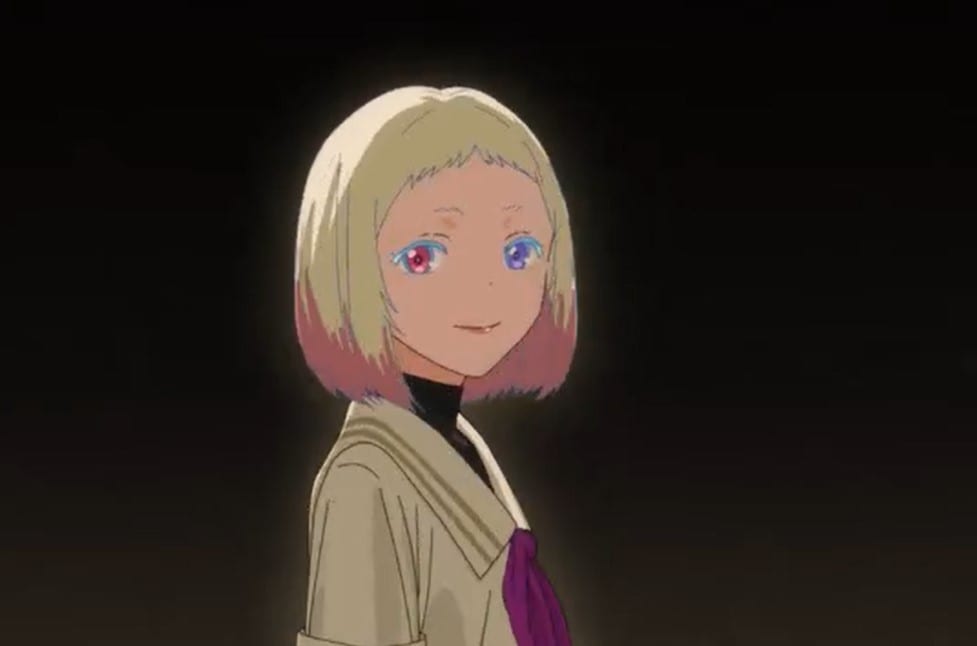 Neiru reveals how she enjoys spending time with Awano. The girls are wondering whats has happened to Awano that makes her be inside a container. Neiru reveals that Awano is in a vegetative state. She was also a doctor of psychiatry and scientifically analyzed the mysteries of life. Awano performed near-death experiments, but she didn’t come back. Rika asks what near-death experiments are, and Neirui said it is when scientists try to solve difficult problems.

Ai asks if she was her friend and Neir said they were best friends. She reveals that she met with Awano in an Egg Dream. Neiru recalls the day she met with Awano at the Otherside of the world. That day Awano was playing with her pink pet snake. She told Neiru that scientists who believe in God are true scientists. She asked about Adama and told Neiru that they are meeting for the last time. Neri unleashed a weapon to protect Awano.

The Haters and the Seeno Evils arrive and battle with Neiru. The army was led in front by a taking hawk. Pinky also joined the battle, and Neiru with Awano ride Pink. They started to fight with the Haters and Seeno Evil. Neiru asks Awano why she doesn’t want to come back. Awano comments that she finds it funny to live at the Otherside. She also wanted to prove that Parallel words do exist. Awano said this is the last battle where they have to see each other. 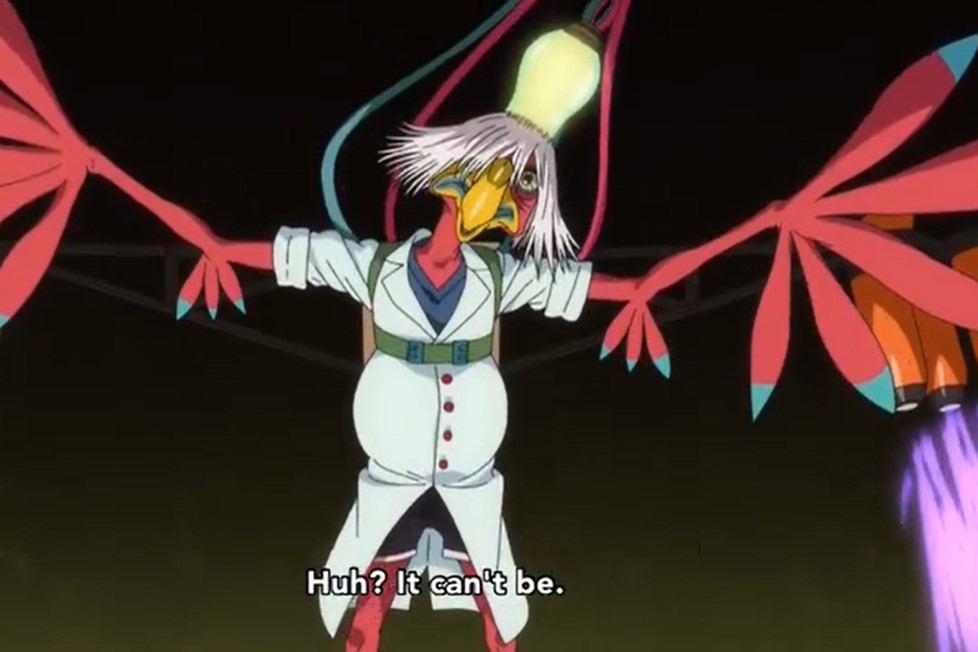 The Hawk sends pinky flying using its wings, and the two land on the ground. Awano told Neiru not to worry about Pinky; she will regenerate. Neiru talked about the near-death experiment. Awano forbids Neiru to use the experiment. She told Neiru that if she goes to that zone, she will die. Their reality will be ruined since they will be no one to save them in the real world. Mr. Hawks continues to attack them and launches some explosives.

He can’t see them and asks where di they go while firing explosives. Awano told Neiru that if the government come for her body, she must not allow them to take it. Neiru comments that she will never let anyone touch Awano’s body.  Mr. Hawk landed a blow that almost killed the two. After a huge explosion, they were left hanging on a bridge. Neiru helps Awano to get back to safety, but Awano falls unconscious.

After a long crying and shed of tears, Awano wakes up. She asks Neiru if she won’t praise her original research methods. Neiru told Awano to consider her feeling since dying is not a joke. Awano told her that she would make new friends after her death. Mr. Hawk arrives and continues to attack them with no mercy. He uses his magnet and captures Awano. Neiru uses her blade and defeats Mr. Hawk; that was the day Awano went into a vegetative state.