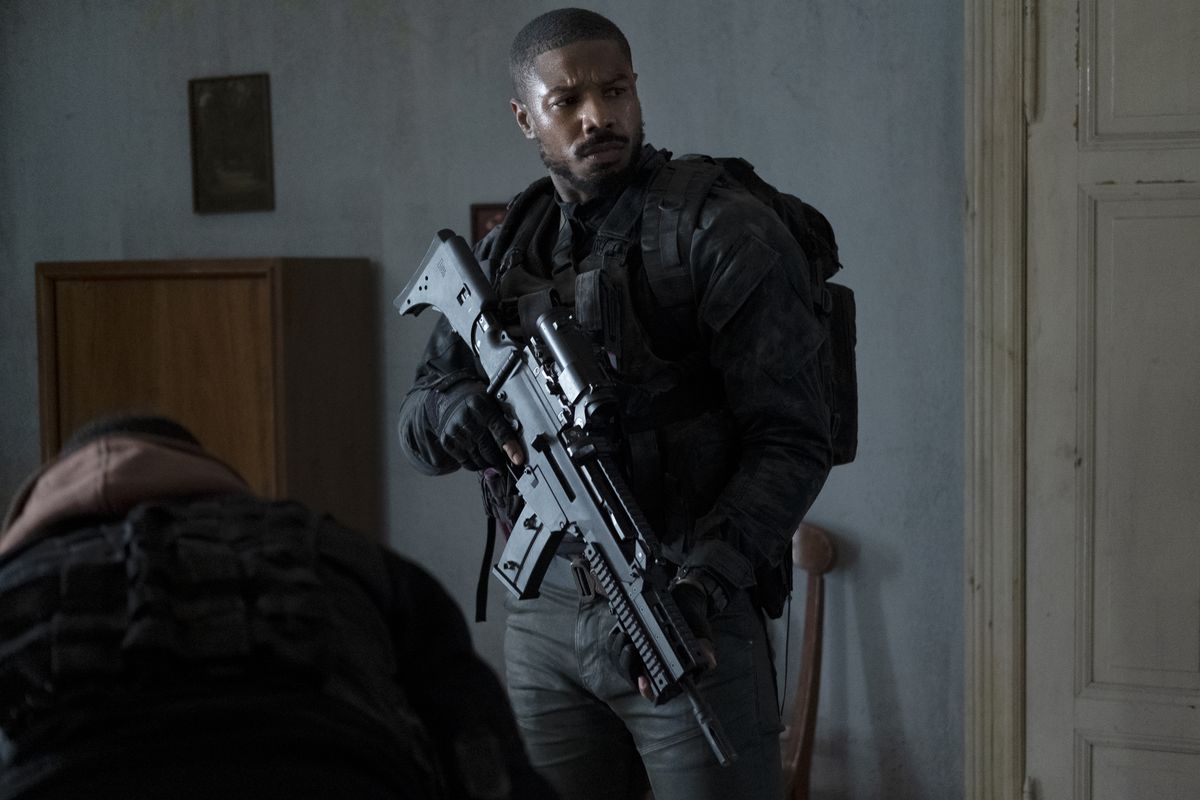 It has not even been a week since Prime Video released its latest film, “Without Remorse,” and fans are already anticipating the next installment. Without Remorse is a 2021 American adventure thriller film. It is based on Tom Clancy’s 1993 novel of the same name. It is as well as a spin-off of the Jack Ryan film franchise. After his pregnant wife and unit members are killed by Russian hitmen, John Kelly, a US Navy SEAL, sets out on a journey of revenge is the plot audience received from this latest release.

John Kelly is the main character as you must have already figured out. John Kelly is played by Michael B. Jordan along with Jamie Bell, Luke Mitchell, Jack Kesy, Brett Gelman, Jodie Turner-Smith, Lauren London, Guy Pearce, and Colman Domingo as other stars. The film was originally made by Paramount Pictures and scheduled for a theatrical release, but it was postponed until being purchased by Amazon Studios. Prime Video digitally released the film on April 30, 2021. Are you excited about the next part? Find out its release date and other details further in the article.

Will There Be Without Remorse 2?

Yes, a sequel or second part to 2021 released Without Remorse is announced but is yet to be scheduled. Michael B. Jordan’s casting as John Kelly was announced in September 2018. Along with this news, it was revealed that he would also star in Rainbow Six. Rainbow Six is a planned sequel to the film from 2021. It’s also planned to be based on Tom Clancy’s book of the same name, which serves as a sequel to his first novel, “Without Remorse.”

For that matter, Tom Clancy’s Rainbow Six revolves around an interesting storyline. The plot talks about the team and how it deals with various threats, such as the abduction of an international trader and hostage-taking at a Swiss bank. It may all be linked and indicate a larger danger. Now the sequel might be loosely connected to the book’s plot or may also turn out to be a complete adaptation.

Without Remorse Ending- A Connection?

Despite the fact that Without Remorse was not a complete adaptation of the novel, it does end in a similar manner, with John Kelly faking his own death and assuming the identity of John Clark. There was also a hint of a sequel in the ending. This Prime Video released film contained a few after credits which revealed that showed Clark’s entrance. He talks about a  global counter-terrorist team made up of hand-picked NATO staff from the United States and the United Kingdom. Clark says that national intelligence services have provided their full support. He went on to explain that Clark will be in charge of it and that he wants to present it to the President. He reveals that the team would work under the name,’ Rainbow.’

Now taking the after-credits into speculation, in the books, Rainbow is a reference to Clark’s unborn daughter who was killed when his wife was murdered by Russian soldiers. It may continue in the movie universe as well. Hence, for personal purposes, Clark would call the team by the name Rainbow as explained above already. Lastly, Tom Clancy states “Six” as Clark’s codename as the head of Rainbow in the book. Overall, we can conclude that the ending was somewhere a clear hint for the upcoming sequel.

When Will Without Remorse 2 Release?

No release date for Without Remorse or Rainbow Six, as we must call it, has been announced and confirmed yet by the official members. Bearing in mind that shooting for the first part began on October 25, 2019, in Berlin. On December 19, filming near Dupont Circle in Washington, D.C. was set to begin. Finally, on October 19, 2020, the film may have wrapped shooting in Los Angeles. Finally, the production took a year to complete. It was originally set to be released by Paramount Pictures on September 18, 2020. However, after several setbacks, the film was eventually released this year on April 30, 2021. We may deduce from this that the sequel might not take more than a year to film and release. Although, no new production or filming information has been released yet.

Back to square one, we don’t have a firm release date or, for that matter, any updates at this time. Well, no worries though. Otakukart takes full responsibility for bringing you any and every latest update. Whether it be the release date, production details, cast revelation, anything, and everything will reach you the earliest by Otakukart. Stay Tuned!