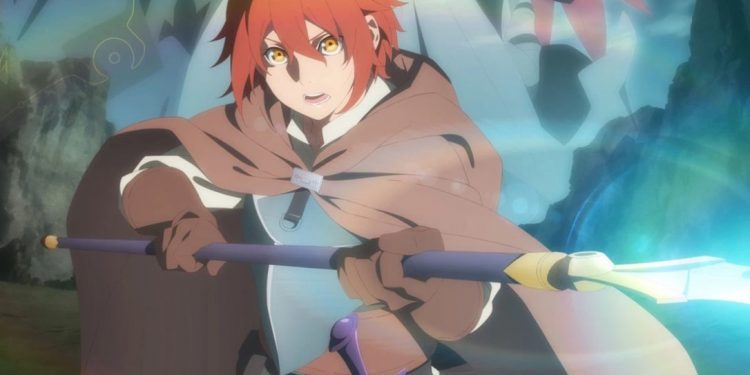 The Faraway Paladin Episode 9 has returned after the anime took a weekly break. Will and the Elf guy continue traveling after killing the Demons; Menel and Will learn about the destruction caused by the Demons. But they decided to help the citizens to rebuild the city. The citizens complain about their loss since they don’t have money to buy materials. In the latest episode of The Faraway Paladin, Will realizes that he knows nothing about the place and asks Minel to tell him about the history of that place.

Menel was surprised to learn that Will is unaware of what Whitesails are. He decided to help Will learn since he considered Will as his master. Menel wonders if will knows a continent called Southmark. Will agree, and Menel talked about what happened two hundred years ago. He knows that a horde of Demons engulfed Southmark two hundred years ago. The heroes fight with the King of Demons but the human leaves the continent trying to escape to Grassland in the north.  Will realizes that those heroes who face the King of Demons are Blood and his allies.

The heroes have been taking care of the land to reclaim it. Menel reveals that Whitesails is a center for immigration town in the north. The heroes and a lot of citizens go there since it is peaceful. He also talked about Gracefeel, and Will wonders if Gracefeel has a lot of followers. Menel replies that Gracefeel’s follow went separate ways in the Great Collapse. One of the citizens realizes that those who survived and retreat to Grassland keep Gracefeel’s name alive. Will thinks about Rampant Demons and Demon Beast and realizes that the villagers have resorted to thievery.

Previously on The Faraway Paladin Episode 8

Will realizes that the Goddess has given him a mission to restore the country. He tells Menel that they will continue with the story later. Menel realizes that the villagers have no money and Will suggests exploring the ruins. Later the two arrive in the ruins, and Menel is impressed that Will is good at scavenging ruins. They talked about reaching the town, and Will realized that he was used to scavenging the ruins. On their way, they heard the voice of a girl crying and saw a man running away. Will heard something roaring and wondered what it was.

A Giant Ape appears and continues to chase that man. The Ape manages to grab that man’s bag, but the daughter tells the Giant Ape to stop. The daughter uses stone to lure the Giant Ape that chases her. Will jumps in and realizes what Blood told him when facing Giant Ape. A Giant Ape fist pumps its chest, and Will decides to use wrestling to take down the Giant Ape. But it noticed that this human has guts and left after staring at Will’s eyes. Will is glad that there was no fight and asks the girl with her father if they are okay.

The girl wonders if Will is an adventurer since he defeated the agitate Giant Ape by just looking at it. The girl tells William that her name is Robina and reveals what she does for a living. Robina thinks that she is like Bee that goes anywhere the wind takes her. She points at the other guy and says his name is Antonio, the hawker. Antonio reveals that they are heading to Whitesails. He thanks them for saving him, and Robina thinks that Will has a noble-sounding name.

The Faraway Paladin Episode 9 will be released on 11 December 2021. Robina wonders if Will is a capable warrior priest, and Menel wonders why they encounter beast animals. Antonio reveals that the forest they are in is called Beast Wood. He also reveals that the others run away when encountering the Giant Ape and lure it into the forest. Later, Will and those two arrive in tow, and Antonio talks with other citizens. Let’s look at The Faraway Paladin Episode 9 official details.

Also Read: Hyunckel and Crocodine’s Execution In Episode 61 of Dragon Quest: The Adventure of Dai.