How did such an evil immortal 'Black Wizard' die? Was he really killed? 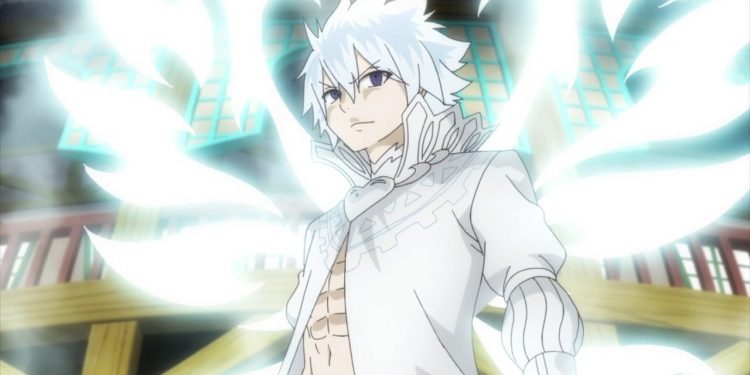 Will the immortal Zeref Dragneel actually die in Fairy Tail? Zeref Dragneel is Natsu’s older brother. Did that come off as a surprise? If yes, the last season of Fairy Tail reveals all the secrets of Natsu’s and Zeref’s heritage. Zeref thought that his parents and little brother died about 400 years ago, and this led him to study at Mildian Magic Academy to study the relationship between life and death. He desperately wanted to revive his little brother Natsu.

He created a system and got kicked out of the academy. But what was the system about? It was related to magic and death and a way to bring Natsu back to earth, which broke the laws of the god of Death, Ankhseram. Zeref was heavily cursed by the god, with the ‘Curse of Contradiction’ with which he grew immortal and started to release lots of black miasma with which anyone who touches can possibly die.

This led him to grow more mentally ill, as it is difficult for a person who lost his entire family to the ferocious dragons to stay alone. He got cursed by a god and even got kicked out of the academy. Zeref had no control over his powers and craved company. Therefore, he slowly grew suicidal and created the Etherious, which instead revived his younger brother, who was preserved as an Etherious. Now his goals were finally achieved!! And it was like ‘one arrow, two targets’ because this Natsu was E.N.D. aka Etherious Natsu Dragneel, who now had the capability to kill the most powerful dark wizard, his older brother Zeref Dragneel!!

Also Read: Who Does Natsu End Up With In Fairy Tail?

Yes, Zeref Dragneel will die in Fairy Tail. Zeref possessed powers like Ankhseram Black Magic which allowed him to kill any living creature. He didn’t have good control over it, which often led to random massacres. Slowly he forgot the meaning of life and killed hundreds of people. In the last arc, Zeref told Grey about his true plans about defeating Acnologia. Gray called it a lie. This was countered by Zeref when he said that if he dies, Natsu will too. Zeref was surprised to know that Gray already knew that Natsu was E.N.D.

Then Zeref tried to imprison him into the Iced Shell, and Gray helped him create the more strong Lost Iced Shell at the cost of everyone’s memories of him. Zeref told him that this would imprison both of them, and they’d be frozen, whereas Gray dismissed it as a temporary win for Fairy Tail guild. Then, Natsu came and took over. He helped Gray out, and both the brothers were about to strike each other when Mavis came in between and told him that she knew how to cure his immortality.

He grabbed her hair and told her that Acnologia was too powerful, and in the end, they would just end up being their puppets. That’s when he said that he’d launch a Neo Eclipse with which he could time travel back to 400 years and avoid being turned into an immortal. He said that he wouldn’t let Acnologia become powerful and defeat him, with Natsu by his side. This would ensure that humanity had a future. Mavis whispered that he shouldn’t erase this universe for his purpose because this was the world that they met in. Zeref held her and extracted all of her power. Now, he had limitless magic power. The First Master, Mavis, fell down exhausted.

The final battle had started!! Zeref wounded Natsu, but it magically disappeared when Lucy started to rewrite the Demon script. But if a person continued to do it, the darkness would eventually infect them. Gray tried his best so that Lucy didn’t burn from the darkness and cooled her with his powers. “The feeling is the last of our strength and our ultimate power,” he screams, remembering how Elsa said she loved him and Gray and how Lucy and Happy kept him warm. These feelings turned into the power of fire, whereas Zeref’s anger and darkness turned into his powers.

Also Read: Who Does Erza End Up With in Fairy Tail?

The Dragneel brothers struck at each other with Destruction Fist and Dark Blast Inferno! It was an absolute rollercoaster of emotions and magic!! But the absolute power of Natsu’s true emotions burnt through Zeref’s move, and Zeref was finally defeated. He couldn’t move, and Natsu handed over the fight to Mavis before walking out. Zeref thought he would heal when Mavis asserted that she would never forgive Zeref for killing her friends. He smiled and said that he wouldn’t mind if she killed him.

She said that now he could finally rest in peace, and he said “only if” with a sad smile plastered on his face. They had attempted to kiss before, which should have killed both of them. But sadly, Mavis loved as well as hated Zeref, whereas Zeref loved her, which led only to Mavis’s death in the past. The flashback of her learning magic from Zeref, then establishing Fairy Tail, was shown. But then Zeref and his clan killed so many of the guild members that Mavis couldn’t help hating her loved one.

She started to cry after this flashback and started to hit his chest, saying that “I hate you“. This was an emotional moment where she surely meant the opposite, and she kissed him. Zeref said that the key to his death was love, after all. Both of them started to disappear. The power of true love, which is the true root of magic, helped Zeref to finally die along with his beloved lover, Mavis, who was the First Guild Leader of Fairy Tail. She wanted to live forever with Zeref, which was ultimately shown in the very end that they were possibly reincarnated, and came to Lucy’s party, which was thrown because she had written a book on her experience in Fairy Tail.