Will Yhwach Die in Bleach? Yhwach was that powerful character that everyone doubts would ever die. Those people who haven’t read the manga yet and might have watched only anime will not be aware of this character Yhwach. They might be left to wonder who this character is and how they did not see him in the entire course of the anime. This is ]because this character is a part of the last arc that is yet to be animated. In this article, you will get to know everything you need to know about Yhwach. Will Yhwach die? How powerful is he? Who will be defeating him?

Yhwach is from the Japanese manga series Bleach. The manga series was drafted and illustrated by Tite Kubo, which was released on 7th August 2001. An anime adaption of the series was also released on 5th October 2004. Although the anime ended on 27th March 2012, it is still incomplete in a sense. The last arc from the manga is yet to be animated, which is expected to drop out somewhere in 2022. The plot of the series goes around the life of a 15-year-old boy named Ichigo Kurosaki, who can see ghosts but is unaware of the reason behind this ability. His life changed completely when he met a shinigami from soul society, and in order to protect the life of his family and that shinigami, he turned into one.

Also Read: When Does Bleach Animation Get Better? How To Watch The Anime?

Before moving to anything else, let me tell you that the name of the character is pronounced as “Yuhabahha”. Now moving on, Yhwach is the main antagonist of the last arc of the Bleach series. He appeared at the Thousand Year Blood Arc and was generally referred to as “Your Majesty” by his fellow comrades. He is also referred to as the father of all Quincy (not literally). Yhwach was referred to as the father of the whole Quincy breed because of his power distribution. Yhwach granted each and every Quincy some portion of his powers. That is the reason all of them were called Quincy. He is also the emperor of Wandereich and was known as “The Almighty”. It is not over yet. Yhwach was also the son of the Soul King and the so-called father of Ichigo.

Those people are still confused about the existence of Quincies because, in the anime, it was told that they got extinct and were killed by Soul Reapers. The reason why Uryu always hated Ichigo and other Soul Reapers is because of Yhwach. It was due to him which Quincies got extinct. This is more complicated than it seems. Yhwach was indeed very strong and grew even stronger in the Thousand Year Blood War Arc after absorbing the soul king. Being the Quincy King, he ruled Wandereich and later captured Hueco Mundo and marked it as his territory, and took another step to capture the soul society. If Yhwach was this powerful, how would he die? Let’s find out.

Will Yhwach Die in Bleach?

Yes, Yhwach will die in Bleach. The main motive of Yhwach was to invade the Soul Society was to invade the Soul King palace and later absorb the soul king himself. It was stated that after absorbing the Soul King, Yhwach was powerful enough to assimilate the whole world. His main motive was not to destroy or capture the Soul of society. He was having greater motives than this. He wanted to take the power of Soul King and “return the world into its original state”. According to him, the world is said to be in order when Soul Society, Hueco Mundo, and the World of the living combines together. But according to the Soul Society, the whole balance will get disturbed as the three dimensions collide, and can’t let that happen.

Even though Yhwach was successful in absorbing the Soul King, the whole soul society, along with Ichigo and Aizen, managed to stop him. The last battle of the arc was between Ichigo and Yhwach. We can’t give all the credits to Ichigo as he was assisted by Aizen. Yes, you heard me right. Aizen didn’t agree to fight alongside Yhwach because, after all, he was a Soup Reaper himself and didn’t want to fight with someone who wanted to finish off his whole breed. So, the final battle was between Ichigo and Aizen Vs. Yhwach.

In the final battles, Aizen only acted as a distraction. The one who made the final blow was Ichigo. Aizen impersonated Ichigo and created the illusion that Ichigo stabs Yhwach with his mere Shikai. It took time for Yhwach that it was an illusion created by Aizen. The time he snapped out of the illusion, Ichigo didn’t wait and stabbed Yhwach immediately. It was unlikely that either of them would have been able to defeat him alone. They had to work like this in order to finish him off. 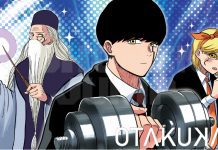