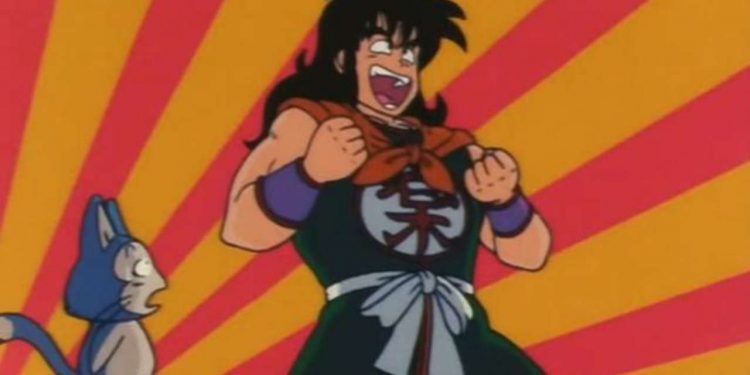 Will Yamcha die in DBZ? As a hero, he should not have died. Let me give you a clear view of your question. But, first, we need to know who is Yamcha and why DBZ fans want to know about his death? I will clear all your doubts about him and his death. So stay here until the end of the article.

Yamcha was originally viewed as Goku’s adversary. But he quickly changed and became one of his friends. Yamcha is a brilliant martial artist and one of the world’s most dangerous humans. He possesses abilities and characteristics that enable him to battle the opponent. He is a trustworthy, strong, and talented individual. Despite being outperformed by his teammates, he left after the first half of the Dragon Ball Z series was completed. When a fresh peril approaches his buddies, though, he is always there. And he’ll usually provide the necessary support, demonstrating that he’s a capable ally.

Will Yamcha die in DBZ?

Will Yamcha die in DBZ? Yes, he will die in Dragon Ball Z. Yamcha is a Z Fighter from the Dragon Ball Z anime. He has died three times in Dragon Ball Z, and his later version (Future Yamcha) from Trunks’ history is also listed. Because he is a recurring character, he was resurrected in both circumstances.

Yamcha was crushed for the first moment when a Saibaman caught him and then self-destruction occurred. This one was an unexpected event. However, he was soon reunited with the help of Dragonballs. He was also one of the Z warriors who was converted into chocolate and consumed by Super Buu. But after the end of the fight with Majin Buu, he was called back with the help of Namek’s Dragonballs by his fellow Z Fighters. In Trunks’s future arc, where Yamcha has come from the different timelines as Future Yamcha. With an explosive shot into his torso, Android 17 exterminated him. But thanks to his fellow mates who revived him again.

Yamcha’s look evolves throughout the series, primarily in terms of his clothing and hairstyle. Yamcha had long hair and bangs before the series began. Yamcha’s biggest noticeable physical alterations were the unexplained marks he acquired while practicing for the 23rd World Martial Arts Tournament over three years. He accepts the “Kame” kanji as a mark of respect during practicing with Master Roshi. He then uses both “Kame” and “Kai” kanji after learning with King Kai. Apart from Dragon Ball Z: The Tree of Might, where he bears the “Kai” kanji on the rear and “Kame” on the front, he dresses them the reverse manner Goku did (“Kame” on the rear, “Kai” on the front).

In the film Dragon Ball Z: Battle of Gods, Yamcha appears to be wearing white martial arts gear with black trousers. Yamcha uses a yellow blazer, a white lengthy shirt, and black shoes in the Majin Buu saga. Yamcha has long hair that he keeps in a knotted ponytail at the end of Dragon Ball Z and throughout Dragon Ball GT, and he uses the very same attire as he did in the Majin Buu Saga, only his sweatshirt is now armless.

Also Read: Top 15 Unforgettable Dragon Ball Z Moments Everyone is a Fan Of!

Yamcha was originally shown as a violent fighter who despises nothing more than conversing with women. He is shown as a valiant fighter who aspires to be at the top but is unable to do so. Yamcha has always admired the World Martial Arts Tournament and aspires to win titles one day. After Goku, he is the second combatant to master the Kamehameha since the start of Dragon Ball.

He takes immense satisfaction in protecting Earth from the villains in Dragon Ball Z and is prepared to risk his life to do so. Yamcha is also friendly with Trunks, telling Future Trunks that his father adored him. After almost being destroyed by Dr. Gero, he adopts a more humorous demeanor and finds himself vastly outclassed in the fight due to the adversaries’ ever-increasing capabilities.

Yamcha has become powerful and has been preparing, according to Dragon Ball Super. At this time, though, he prefers to use his power for baseball rather than fighting. Yamcha indicated a great interest in marriage, which was the driving force behind his effort to overcome his gynophobia.

Yamcha is one of the heroes who learned so many different abilities to fight against enemies. His abilities are more or less like Goku and Krillin’s abilities. Neo Wolf Fang Fist is one of his deadly abilities. When Yamcha first battled with Tien, he performed Neo Wolf Fang Fist. Yamcha performs the Wolf Hurricane and Crane Wolf Strike in Dragon Ball Z: Attack of the Saiyans. He transformed his Kamehameha into Super Kamehameha and Multiple Kamehameha.

Also Read: Beerus: How Strong is the God of Destruction?

Where you can watch Dragon Ball Z?

As a protagonist in Dragon Ball and as a supporting hero in Dragon Ball Z. His acting in the anime series is quite interesting to watch. So, as a DBZ fan, I will provide you top and best online streaming sites to watch the DBZ series without any worries: FUNimation, Hulu, Amazon Prime, AnimeLab.